Kurdish forces have carried out a new wave of attacks in the Turkish-occupied part of Syria’s northern Aleppo.

The Afrin Liberation Forces (ALF) announced that its units targeted personnel and vehicles of Turkish-backed factions with improvise explosive devices (IEDs) on April 21 and 23. The group’s attacks took place in the district of Shirawa in southern Afrin, in the town of Martah near Afrin’s city center as well as in the towns of Jarabulus and al-Rai.

According to the Kurdish guerilla group, 10 Turkish-backed militants were killed and 14 others sustained injures in the attacks.

The Olive Anger Operations Room, another Kurdish guerilla group operating in Turkish-occupied Afrin, announced on April 25 that its cells had abducted a Turkish-backed militant named Mohamad al-Said Ahmad. The militant was later executed by the group that accused him of war crimes. 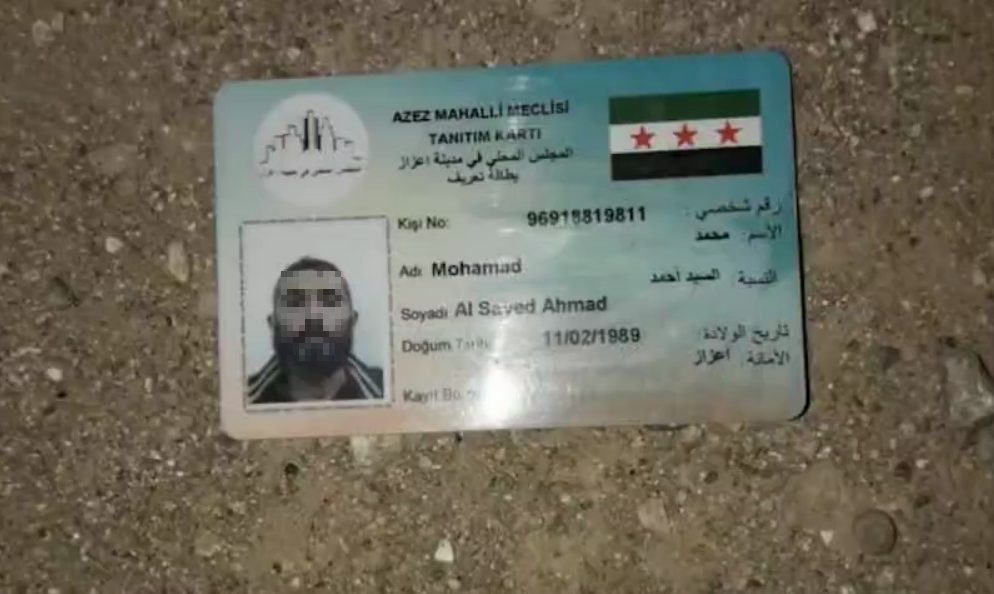 Last week, Kurdish forces in Aleppo’s northern countryside killed 6 Turkish-backed militants and injured 5 others in a similar wave of attacks.

The Turkish military and its proxies usually respond to such attacks by shelling the Kurdish-held areas in the northern Aleppo countryside.

Great…keep up the good work…

The late terrorist shown in the pic above looks like benzema