At least two children were killed in the late hours of July 24 in an new rocket attack on Aleppo’s city center in northern Syria.

The Syrian Arab News Agency (SANA) said that ten other civilians, half of them children, were wounded in the attack, which targeted the district of Hamadaniyeh. There was no immediate claim for the attack. However, Hay’at Tharir al-Sham (HTS) and its key ally, the Turkish-backed National Front for Liberation (NFL), remain the main suspects.

Two days ago, a similar rocket attack on Aleppo’s city center claimed the lives of five civilians and injured many others.

Pro-government sources said that the Syrian Arab Army (SAA) responded to the rocket attack by shelling militants’ positions in the district of al-Rashideen in northwestern Aleppo. The SAA may carry out more strikes in the upcoming hours.

and SAA??? sitting back

and SAA??? sitting back

ofcourse again.. here Folks will continue with the bullshit

fuck the jews..fuck the americans fuck the british

Get out of here you bum, you are,zionistic and chauvinistic fat pig. To be shame on you!

You smell very bad klove.
This is pix of you in the yard. 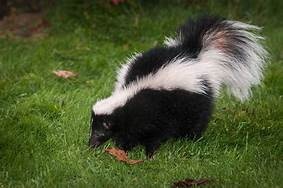 World_Eye
Reply to  klove and light

Stupid nasty fuck, the only Jets 24/7 that are pounding the HTS are Russians. What more the fuck you want from that? You should definitely go and suck Mr. Putin’s DICK. Maybe while you are on you knees and sucking he will tell you all about it? The plans and the works?

These animals needs to be destroyed.

And what should Russia do?

Solve something with USA. Those are the big ones. I dont see that now.

Realisme is divide and rule and accept Syria is several autonomes and never should have been made. The same goes for Iraq as well as Turks got half of the old provinces and diveded the people the.

Let them all there incl. the Jihadists minus ISIS have their autonomes.

The only problem would be the Assad part almot would be empty.

People then could go to that part or system, they prefared and be a kind of associated in stead.

Thats a proposal. But I see no solution in just killing so many every day.

1. Assad controlled territory is the most populated part of Syria.
2. Kurds already had the autonomy, but they now want autonomy with the lands they captured. And there is an enormous amount of oil.
3. Kurdish autonomy with the huge incomes from the oil, is the headshot for Turkey as a state.
4. USA needs oil, transportation routes for the oil and friendly territory near the Iran to concentrate the troops and supplies. While Russia and Turkey are allies with Iran.
5. To let the Kurds control over the oil, for Russia, will be considered a betray of the Syrians and Assad, and, of course the Turks.

And there are a lot of more points. Can you connect, at least, these 5 in the way everyone will accept it?

PS and it’s Russia and not USA must step aside?

1) Most of the Inhabitants in the Assad part is not even there.
2) You dont know what SDFs having Kurds as Leading want wish at all even its a very normalæ thing for most of the rest of the world.
3) Kurds has no incomes by oil at at all apart from something for Assads and some few gallons by Turkey. Taking up wasnt free, some has to be paid.
3a) You ignore that before ISIS took over, the oil and gas was not for the people, but a private Baathist owner sharing with the rest. Very corrupy, from ancitent times and very ineffective.
4) its only partly true USA need this oil. They are independent – or almost. But they do have friends there. The Syrian oil is hardly nothing apart from very local Syrian oil. Parts are very dirty too.
4a) You also ignore Assads has many older oil and gas wellsd outside the SDF are. They are only empty bevacise of anvcient technology. Modern drillers like BP and Shell easy can take 3-5 times more from there.
5) True transportation os a big issiue. There are so many plans about it in and artound the ME.

Your non Assads hardly control anything as long as they have no free ppipeline out. It cant go east. Everything is already full, so Assad – as others like Ukraine – anytime can tx it hardly doing a job for it.

I have not written, it might be a good idea Russia should step aside. I have allowed me to proposed they should solve ME much better together being spearheds for it.

Both has shown their limitations.

Sorry, but you did not presented any plan, that will satisfy everyone.

You are right. I have no perfect plan. I think I have solutions, which might solute only mainparts of it.

To me Syria(and Iraq) are artificial states made for French and Brittish purpose, so they shou,ld go back into countries or areas made for own purpose

Aleppo, Raqqa as well as fx Diabykir are split ups between Turkey and the Landscape Syria of today.

I dont expect Turks will retreat from their parts, but I would expect the rest also today by map can see, that “Souther Aleppo” is its own as well as “Raqqa South is.

So I would split up in 3, where the people living there could do as they wish. Another important matter is, that whatever You are You then had 3 choise for safey.

By that I would let the Jihadists have the part they have now as well as ther SDFS had to organizede themselves in normal “western” structures”.

UN, USA, Russia and others could recognized that fact and defend the line.

I see Assads as very bad rulers. I see they deserve no ownership for the rest of it as well as all oil and gas a Baathist member corruptted owners, ,

I that relative stability was made, people outside would help and millions could come home and stay safe.

The oil should and gas should be driven by those taking in modern production and investors. The payot for that should be in % for each inhabitant given on an own account.

So if the SDFs are fx 2,5 mio of 20 mio inhabitants, they will get 12,5% of the total income. BUT its no SDF income. Its a private income, Every time a child is born, they are gifted with a birthday present being a 2,500.001 part of the income.

No ancient family. No Sheik, no tribe, no language. no marrige. Each born in Syria is a PRIVATE PERSON and each person is a private. It an investment, but so far dont give back.

It can give back when so they can effort to educate more then public school given an extra hand. Education mainly need extr money, but the money is given to the Governess and the rest too, because they trhen get much better taxpayers.

From drilling to consumers all employers are public elected, which can be replaced fast if they dont do well as well as experts are employed and can be fired. That wont solve fx corruption, but it will lower it a lot, Nothing has to go by grredy Baathists in Damaskus. If people in the Assads prefare to have their own corruption it fine, its their cooise being runned by thieves or worse.

That of course goes for the rest. We alll know You find Korruption any where. I dont see the Baathist one is better, but its very huge. So few own so much.

Thats my proposal. Let those true groups do as they wish and even let the Jihadists alone.

By that seperation You will get a much weaker and more practical Governess from Damaskus. They facilitate all for big thing like water, internet, roads, parts of the hospital system and help with the upper part of the realtion to neighbors like helping import, export and a making a modern non wasting waterirrigation. All the agricuulkture is old or worse even parts look rather advance.

Syria can expect less water from Turkey, but the majoruty of the Eufrat/Tigris/Khabour water goes directly to they sky and make salty fields as well.

People of Syria incl. all the Monguls here has to learn, that You never can satisfy all,if You dont learn to share and innovate. Furthermore the stupidity is, that You the last monts has killed at least 10 Syrians as alternative solution and made more eveil destruction.

So we have to remove the greedy ones only seeing themselves to the level, where they should be. One way is to share the Country making equal ownership and rsponsability to all by local election and Governess.

Its very normal, where I live. 50% of the tax is paid in to local governess and we elect them. because they know local matters better. We also see them well, and if they have no talent or behave well, we replace them at tthe next election. And thats a recogniced attitude, so at election day we dont burn them and their offices down, because we have to use the chairs ourselves the next comming 4 years and chairs are money.

1. I didn’t killed any Syrians. Not last month, not last year, not ever.
2. Don’t you think that locals know better what is good for them and what is not?
3. You applying your “way of life” approach to a completely different culture. Just imagine if in your town will come some Islamists and will start to apply their “way of life” to you and your neighbors. You know, shariah law, executing homosexuals and whores, prohibiting pork meat and so on. Would you be happy?

Where is the bitch Nikki Haley to take these photos and present them to UNSC ah where is the BITCH?!
Motherfuckers. Even above all the FUCKING POMPEO will say #Russia should STOP IMMEDIATELY BOMB IDLIB> for real nasty fuck really???

Sad. but this happing in idlib 24__7 from Assad barrel bombing and Russia Air bombing

Where is happening in Idlib where, give me one picture where Russia and Syria killed kids in Idlib? Where? Civilians are in Idlib City and the sides, on the DMZ and around all there is is Al-Qaeda idiot. LOL.

It’s 2019 – you can drop the ‘barrel bomb’ narrative, as driven by hysterical, interventionist, pro-war US MSM dating from 2012. That is some very tired old pro-war propaganda.

Way too funny – a Turk parroting US MSM propaganda from years ago. You do realize its not 2012 anymore, and that in 2019 the same US MSM hates all over Erdogan and Turkey – as being unreliable and destabilizing toward US regional goals. Wake up.