Iran’s nuclear program is the most intensively monitored on the planet. It has no military component, no credible evidence suggesting otherwise.

All the huffing, puffing and posturing histrionics by Netanyahu and other Iranophobes can’t refute cold hard facts.

IAEA officials have unimpeded access to all Iranian sites designated for inspection. Claims otherwise are bald-faced lies. On Thursday, Netanyahu once again used the UN General Assembly as a platform to turn truth on its head about Iran.

He was silent about Israel’s open secret. It’s the only nuclear armed and dangerous regional state. The whole world knows what he and other Israeli officials won’t openly admit.

In a 2012 General Assembly address, Netanyahu made a fool of himself before a world audience. His cartoon bomb presentation on Iran bombed.

So did his Wednesday presentation, a litany of beginning-to-end Big Lies.

“We opposed (the JCPOA) because the deal paved Iran’s path to a nuclear arsenal.”

“And by lifting the sanctions, it fueled Iran’s campaign of carnage and conquest throughout the Middle East.”

“We oppose it because the deal was based on a fundamental lie that Iran is not seeking to develop nuclear weapons.”

Fact: The world community, including leaders and diplomats attending the UNGA session, knows all of the above accusations are disgraceful bald-faced lies.

Not a shred of credible evidence supports them. Plenty of evidence debunks them, notably from IAEA inspectors.

Watch below Netanyahu’s speech at the UNGA.

Without credible evidence backing his announcement, he falsely claimed Iran has a secret nuclear weapons program called Project Amad – to “design, produce and test 5 warheads, each of 10 kilotons TNT yield for integration on a missile.”

He turned truth on its head, claiming Iran built a secret underground facility for developing nuclear cores and implosion systems.

Time and again, Netanyahu turns truth on its head about Iran. His dissembling wore thin long ago. His Wednesday theatrics once again backfired, a clearly understood exercise of Iranophobic deception – new accusations as fabricated as earlier ones.

“Today I’m disclosing for the first time that Iran has another secret facility in Tehran. A secret atomic warehouse for storing massive amounts of equipment and material for Iran’s secret nuclear weapons program.”

Fact: Not a shred of credible evidence supports his fabricated accusation.

Press TV called his Wednesday theatrics a “new vaudeville” act “without providing any proof to support his claims” because none exists.

“the boy who can’t stop crying wolf is at it again.”

In late August, Netanyahu disgracefully threatened Iran with “atomic annihilation,” adding “our enemies know very well what Israel is capable of doing” – virtually admitting that the Jewish state is nuclear armed and dangerous.

At the time, Zarif tweeted:

“Iran, a country without nuclear weapons, is threatened with atomic annihilation by a warmonger standing next to an actual (Dimona) nuclear weapons factory,” adding:

His remarks were “beyond shameless…No arts and craft show will ever obfuscate that Israel is only regime in our region with a secret and undeclared nuclear weapons program — including an actual atomic arsenal.”

“Time for Israel to fess up and open its illegal nuclear weapons program to international inspectors.

Israel refuses to join the Nuclear Non-Proliferation Treaty, Iran a signatory country since 1968 when NPT was opened for signatures.

The Islamic Republic fully complies with its provisions. The US and Israel flagrantly breach them unaccountably.

Note to readers: please click the share buttons above. Forward this article to your email lists. Crosspost on your blog site, internet forums. etc.

From crappy powerpoint presentations to some imaginery photos printed on plain A3 size papers.
That guy is getting weirder everyday.

Sencer
Reply to  as

And the place turns out to be an old cattle farm.

Thanks for the info. So now the Israeli add one to their many fears. Cows.

When Tony Blair and George Bush sent Colin Powell to the UN to hold his infamous powerpoint presentation it showed how much contempt they had for our intelligence to swallow that bullshit and how little respect they had for Colin Powell who had to make an ass of himself. And who probably still regrets to this day for being that stupid to have done it. But even Bush and Blair were not that stupid to do it themselves, like Bibi does. Is there nobody in Israel’s government who stands up to Bibi and tells him he’s making only an ass of himself AND the state of Israel? Has Bibi reached the point that like Hitler he’s now living in his own make belief world bunker underneath Jerusalem, and his generals just stand there like sheep as Bibi froths at the mouth at them?

I like that image, but not from a nuclear armed power. 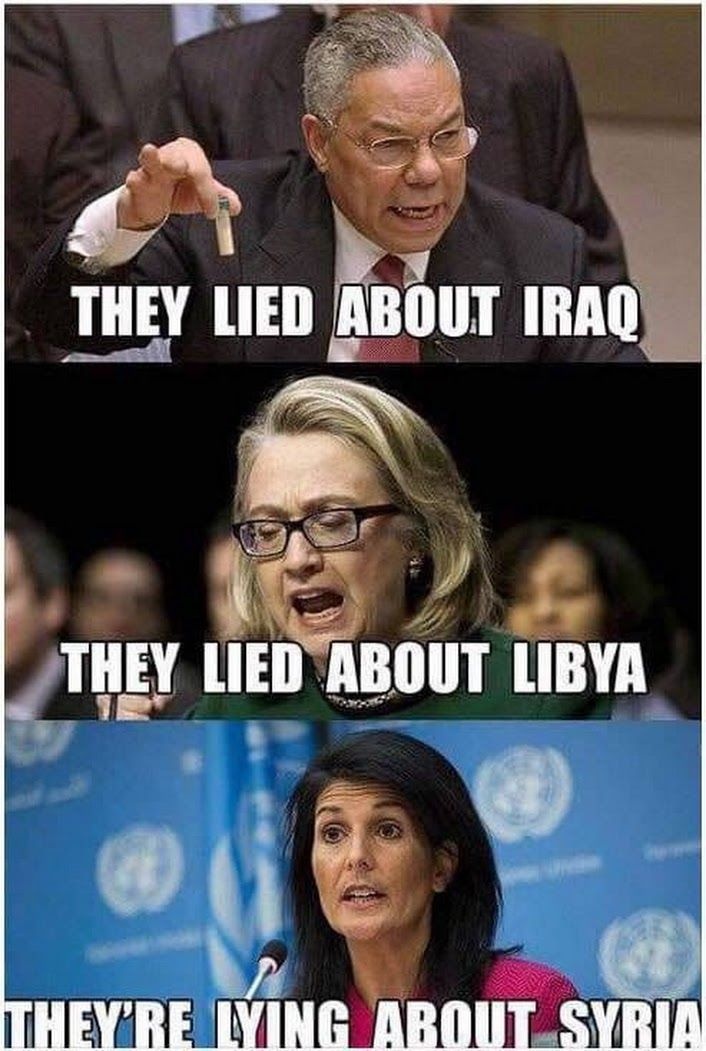 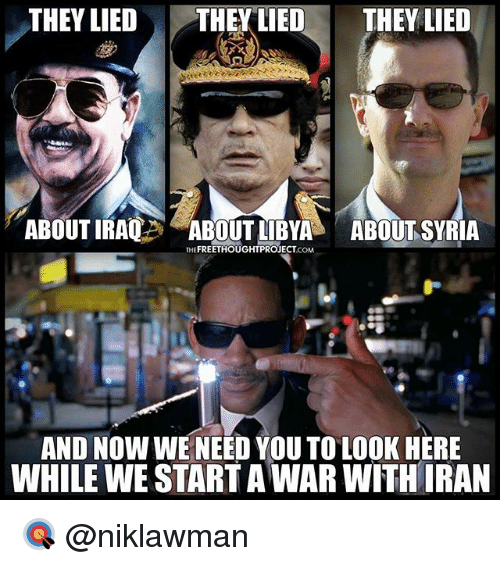 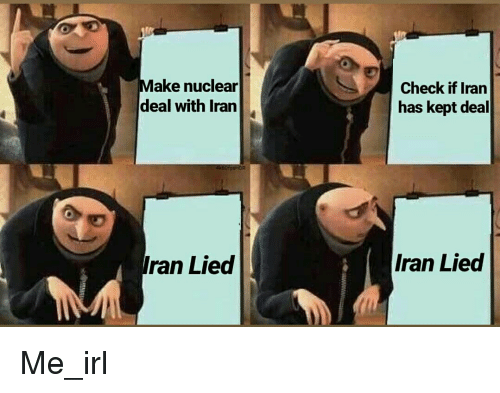 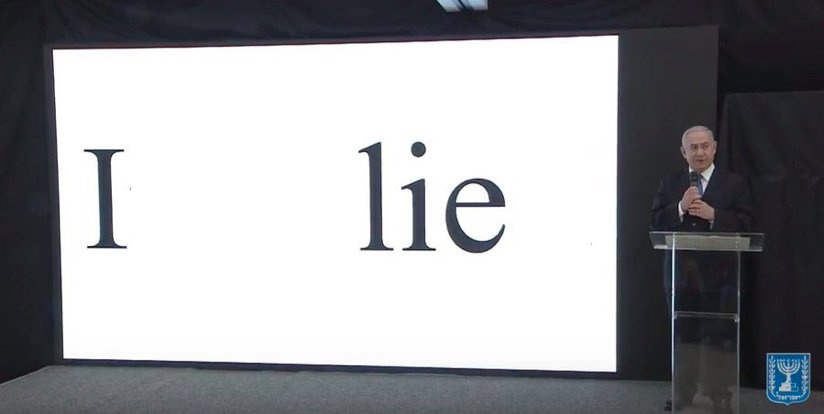 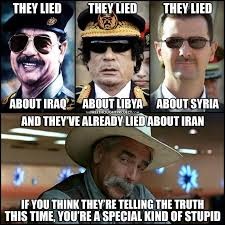 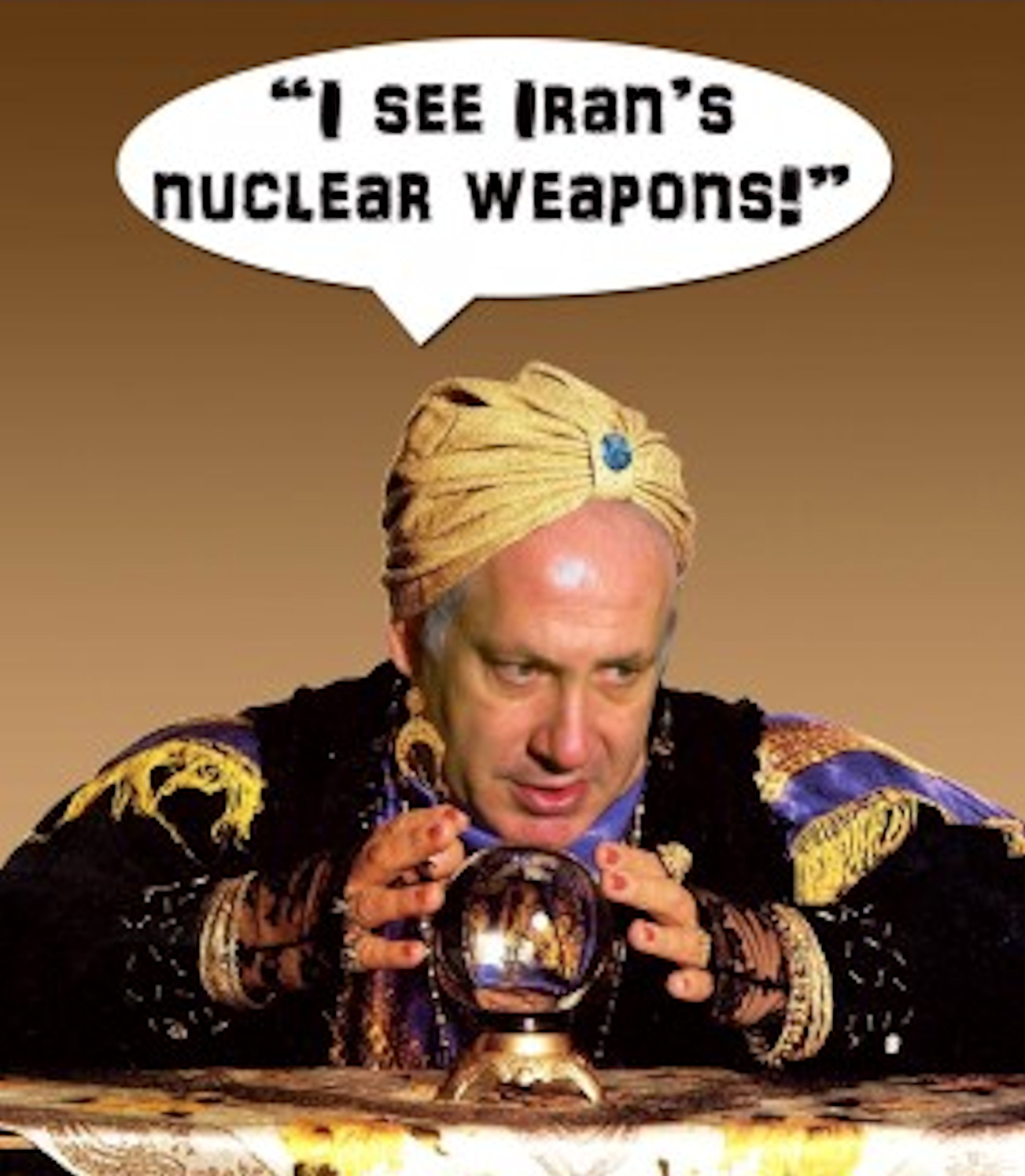