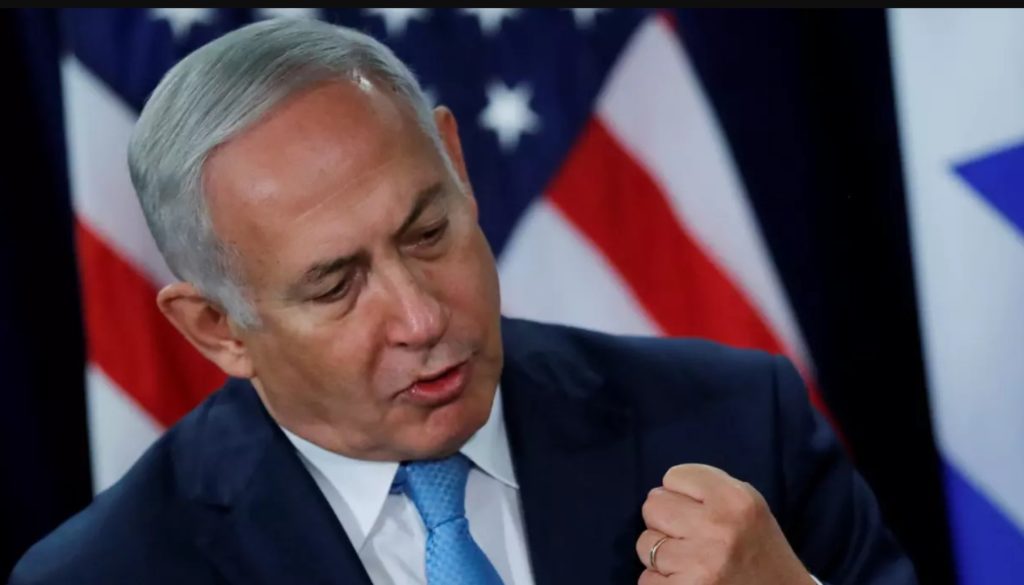 On September 26th, US President Donald Trump met with Israeli Prime Minister Benjamin Netanyahu. The most significant outcome of their meeting was the fact that Trump officially expressed his support for the two-state solution idea.

During the meeting he also said that moving the US embassy to Jerusalem was “a big chip” the US delivered to Israel. “I took probably the biggest chip off the table. And so obviously they have to start you know we have to make a fair deal. We have to do something. Deals have to be good for both parties.” Trump said he believed that the embassy “was always the primary ingredient as to why deals couldn’t get done.”

The details of the Middle East peace plan his administration has been working on would be revealed in two to three months, Trump noted, and assessed that the Palestinians would return to the negotiating table, “100 percent.” Trump said “Israel will have to do something good for the other side.”

The two-state “solution” is mostly aspirational. Ongoing conflict between Israel and Palestinians over the division of territory, borders and governance are yet to be resolved.

Prime Minister Benjamin Netanyahu told reporters he was not surprised by U.S. President Donald Trump’s remark that he favored a two-state solution for the Israeli-Palestinian conflict, saying “Everyone defines the term ‘state’ differently.”

Netanyahu said he expects Trump to accept the Israeli approach that any possible peace scenario would leave security control of territories west of Jordan in Israel’s hands. “I am willing for the Palestinians to have the authority to rule themselves without the authority to harm us,” Netanyahu said, assuming that the US plan would reflect his views.

Haaretz asked the Israeli Prime Minister whether a Palestinian “state minus,” as he defined it, would become a reality during his term, Netanyahu said “I suggest you wait and see. It is important to set what is inadmissible to us: Israel will not relinquish security control west of Jordan. This will not happen so long as I am prime minister and I think the Americans understand that.”

He reiterated that he had previously told Trump that “the question is whether the state next to us will be like Costa Rica or like Iran.”

Palestinians, however, rejected Trump’s comments. Husam Zomlot, head of the recently closed Palestinian mission in Washington, DC, denounced the US president’s comments. “Their words go against their actions and their action is absolutely clear [and] is destroying the possibility of the two-state solution,” Zumlot said.

Nabil Abu Rudeineh, a spokesman for Palestinian Authority President Mahmud Abbas, told reporters in the occupied West Bank city of Ramallah that Trump needs to act on his statement.

He added that Palestinians want to resolve all core issues of the conflict with Israel – borders, illegal settlements, refugees, security and the status of Jerusalem – “according to the UN resolutions.”

Trump and Netanyahu also spoke about the crisis with the downed Russia IL-20 over Syria. Trump said that he would talk with Russian President Vladimir Putin about the tensions “when appropriate.”

Netanyahu also thanked Trump for his “strong words and strong actions against Iran at the General Assembly. Secondly for the extraordinary support for Israel in the UN.”

Opposition leader Tzipi Livni welcomed Trump’s remarks, saying that “The two things he said about Israel future – both the Unites States’ firm stand for Israel’s security and his support for a two-state solution.”

Netanyahu will also meet with UN Secretary General Antonio Guterres, U.S. Ambassador to the UN Nikki Haley, as well as a number of world leaders, including Rwandan President Paul Kagame.

The meeting between Trump and Netanyahu happened shortly before Trump chaired a UN Security Council meeting about nuclear proliferation, which he began by accusing China of expected meddling in the midterm elections.

I support the one state solution: the state of Palestine.

In theory, I have no problem with the Jewish scum remaining alive. As long as they are in a position where they cannot attack humanity. A large zoo perhaps.

Zo Fu
Reply to  SPEAKER OF THE TRUTH

Quote:”Netanyahu said he expects Trump to accept the Israeli approach.”/Quote

Translated to normal language: Israel schools USA what to do and USA as as “world policeman” is supposed to promote Israel’s agenda by force. There is nothing about ZOO for Jews. But there is possible many about ZOO for Palestine. Or labor camps. Or gas chambers.

as
Reply to  SPEAKER OF THE TRUTH

It’s the sickness of the mind corrupted from childhood. Their doctrine is everyone else is their prey but when these prey fight back they’re still the victims. Contradiction i know but that’s pretty much why they’re sick sociopath.

Selbstdenker
Reply to  SPEAKER OF THE TRUTH

read the Talmund and you know how they deal with non-Jews. There is no way this gap can be bridged as long as they stick to talmundian believes

As does the vast majority of our planet!

I’m very sorry that 320 million American nation is unable to vote somebody at least decent since JFK was murdered. Trump is clearly incompetent and lost in international relationships. Even North Korean dictator Kim Jong-Un outsmarted Trump the “Dotard” by one league.

Long uninterrupted row of incompetent US presidents started with Lyndon B. Johnson and continues until now. It allowed Rothschilds etc. promote their dark globalist agenda to Orwel’s 1984 scale. And Israel (together with Vatican) serves as unspoken embassy for that dark 1984 agenda. That’s why Netanyahu directly instructs Trump what he is supposed to do now. If he doesn’t behave good, Jew’s owned mainstream would punish him instantly or they would trigger impeachment.

So frankly, US people voting Trump against Hillary didn’t achieved anything.

On the one hand, US president is not evil wicked neocon lady which made her career by reckless promoting Rothschild’s agenda including murder of Gaddafi and helping Soros to destroy Europe by migration. On the second hand, US president is old dumb Dotard the Great which appears to be puppet surviving on mercy of deep state and globalists, taking direct orders from Netanyahu.

Sad indeed. The US is co-conspirator in every one of Israel’s crimes. We could stop it all with a snap of the finger , or , failing that , the push of a button. The US is as bad as Israel , if not worse. It makes me ashamed.

Wipe IsraHell into the Mediterranean….

YES! Like yesterday! Get rid of it. It’s a scamming little shithole that seeks to destroy everything in the region.

So-called ‘peace negotiations’ with jews are a swindle to benefit jews and jews only. Proof of this is the following: after 30 years of Oslo and ‘peace negotiations’ with jews, Palestinian territories have substantially shrunk and more of them have died, been maimed or imprisoned. This is why at this stage of the game, ONLY THE ARMED RESISTANCE can deliver FULL justice to the Palestinians.

At this point in time, armed resistance will only create more suffering for the Palestinians. BDS may appear to be a “little thing”, but notice Israel’s reaction to it, they are making laws to try and make it illegal. BDS is creating awareness around the world of Israel’s crimes against the Palestinians. That will create the change.

Sure it will… in a million frigging years it will!!! And by then, the last inch of Palestine will be gobbled up by the greedy satanic jew.

For freedom-loving Palestinians, there is NO GREATER SUFFERING THAN BEING UNDER THE JEW BOOT!

Armed resistance against any occupier is the “inalienable right ” of the occupied and you want to take even THAT away from the brutally-occupied Palestinians?!

While agreeing with you on an emotional level, it takes more than emotion to prevail and win. The inalienable right of resistance, armed or otherwise I did not suggest be surrendered, but I am suggesting a more thoughtful strategy would be more successful. One of the definitions of “sovereignly” is effectually. Palestinians will only achieve their sovereignty by using a effective strategy. BDS is only one means of educating the world. Zionists rely on military might, but there are other winning approaches. Education being primary.

Netanyahu still can run around the show despite Isn’treal boiling up inside and their decadent army loosing up in all disciplinary aspects.

US Taxpayers give Israhell. …. $$Billions! It works out to $ 10 Million per day

ADL /ACLU and other Jew…..socialist…..rake in $ Millions from USA public.

It’s the crime spree of all time!

Don’t worry, that’s just the top of the iceberg