Today, anti-Russian hysteria and a kind of euphoria are observed in Turkish social and mass medias. The case runs after Turkey shot down the Russian Su-24. However, in Russia, the world hears dreaded roar. 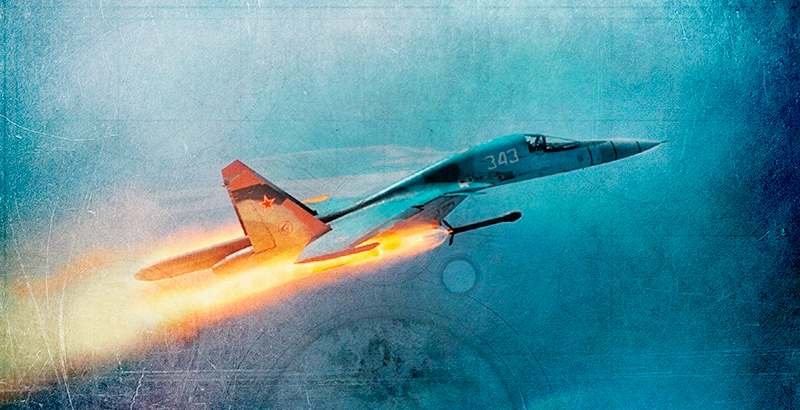 The President of the Institute of Middle East Yevgeny Satanovsky told the TV channel “Zvezda” his point of view on the tragedy with the Russian Su-24. According to him, Turkey and Russia under any circumstances will not be able to sustain previous relationship.

“Erdogan seems to have forgotten that for such an actions Turkey had lost a considerable part of its territory in the last 400 years, and was left with just a shard, which he manages today.

We still have some serious fighting ahead of us. The question is how to conduct it while minimizing our losses and achieving our goals, making foes fearful, thus preventing them from attacking us. Today it is absolutely clear that Turkey is doing everything to save the terrorists of the “Islamic state” and other groups. Now Russian planes will be accompanied by fighter jets, and any attempt to attack them would be met accordingly.

To rely on Turkey and view her as a friendly ally in solving different issues would be a grave mistake. This means that the Russian $20 billion nuclear power plant construction project must be terminated. The idea of “Turkish stream”, which allows the Turks to blatantly blackmail us, should be revoked. It is well enough that today energy balance of Europe is going down a cliff. And this is after the Turks, exactly the Turks, “blessed” them with refugee crisis. It won’t come as a surprise that they were somehow behind the terrorist attacks in Paris.

Normalization of relationship may depend on realization by Mr. Erdogan that he soon may find himself not the Sultan of Ottoman Empire but the man who ruined his country, one which economy and world status he had spent so much time and vigor to establish. Erdogan must understand that neither NATO nor the Lord God himself will help him “, – said Satanovsky.

On November the 24th Russian Su-24 bomber was shot down by Turkish F-16 on Syrian territory by “air-to-air” missile. This was the statement given by Russian President Vladimir Putin. He has also called Ankara’s actions a “stab in the back”.

Turkey cannot afford any more enemies than what she already has, cause that eventually will lead to its breakup . On the other side the main factor in keeping the Turkey intact: the Kurds, have already amassed a huge political credit with all the major parties in the world today due to their brave fight against ISIL. It may be that Turkey is already roast, it is just that they don’t know about it yet. Russia, Iran, Iraq and Syria are now talking from the position of power and unfortunately for Turkey, they are now on the other side of the dialogue and they have only themselves to blame for that situation.

Erdogan and his purge of the military and intelligence arm and installing Muslim Brotherhood (Wahhabi) throughout his government and war on the Kurds has decided his countries direction. It was not in his country’s best interest and was very short sighted. There will be no re-establishing the Ottoman Empire, there will only be civil war that is sure to accelerate after the canceling of existing and future planned commerce between them and Russia after the downing of the Russian aircraft under the circumstances. I expect in the near future we will see another military take over and if history is any gauge in Turkey it will be back to pre-Erdogan policies.

Putin, “We must do this without any statute of limitations and we must find out all their names,” while invoking Russia’s right to self-defense under the United Nations charter. “Anyone who tries to help the criminals should know that the consequences for trying to shelter them will lie completely on their shoulders.”

Thousands of ISIS fighters flown out of Syria to Yemen are going to be the recipient of hell, fire and brimstone soon bringing control of the sea of Adan, Gulf of Oman, the Persian Gulf, the entrance to the Red Sea as well as the Arabian Sea under control of the Russian coalition. Did I forget to mention the Mediterranean Sea, Black Sea and Caspian Sea already under lock down.