On February 11th in Munich, Germany, prior to the traditional security summit, will hold international talks on Syria. In particular, there will be meeting of the international support of Syria group with the participation of representatives of the United States, China, the United Nations and Russia. In addition, bilateral meetings will have place. The Minister for Foreign Affairs of Russia, Sergey Lavrov, will meet with the EU High Representative for Foreign Affairs and Security Policy Federica Mogherini and US Secretary of State John Kerry. 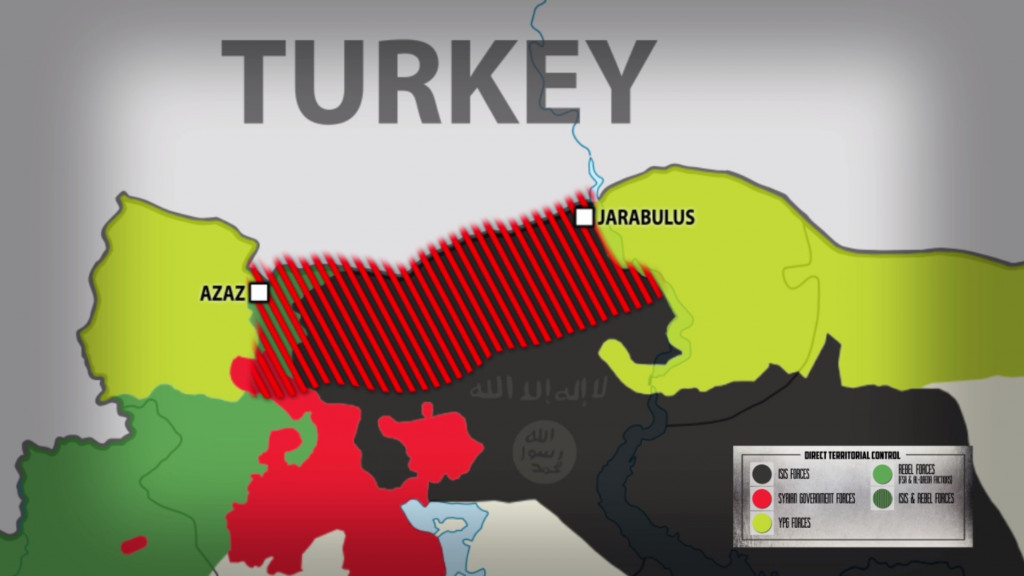 On the eve of the summit, Russia said it was ready to provide a ceasefire parties to the conflict on March US insists on an immediate cessation of Russian operations in Siria, fearing that this time the official Damascus troops backed by Moscow will complete elimination of a large group of militants in northern part of the country and block the border with Turkey

The stalemate of the peace process

Inter-Syrian negotiations, where serious efforts were made to start them on January 30, are at an impasse at the level of prior consultation. The opposition could not unite. Syrian Kurds were not allowed to participate in the negotiations, but Turkey and Saudi Arabia tried to legitimize a group of Islamic extremists.

The United States, in contributing to the negotiations, intended to stop the Russian military campaign in Syria, which threatened the existence of militias under their control and the “Islamic State.” The main objective was to achieve a political victory over Russia and Iran at the negotiating table. After inter-Syrian negotiations have failed Americans continued pressure on Russia, demanding to immediately stop the offensive against the rebels, threatening to start direct military invasion.

Preparing for an invasion

In case of failure, the US prepared a backup plan, which has intensified since the middle of last week. In essence it is a direct military intervention in Syria, with the US’ allies being supported by the US itself. The leadership of Saudi Arabia, the UAE and Bahrain said there is a possibility of such a plan. The armed forces of Turkey are also preparing for a military invasion, and there is possibility of the British involvement too.

By negotiating with Turkey on military operations in Syria, the US is attempting to strengthen its influence among the Kurds. The visit of Obama‘s envoy to Rojava caused a negative reaction from Ankara. At the same time, Russia decided to play the Kurdish card too. On 9th February, an embassy of Syrian Kurdistan opened in Moscow. The region of Kurdish resettlement plays an ever-increasing importance in the geopolitics of the Middle East. The reasons for this: the geographical position (output to several key areas – Levant, South Caucasus, Iraq), high potential of very active Kurdish ethnic group who created the influential military-political structure and the ability to use the Kurds in the internal geopolitics of Iran, Iraq, Turkey and Syria.

Although both Russia and the United States are trying to enlist the support of the Kurds and the Kurdish factor in the use of its geopolitical interests, in a conflict with Russia, Turkey will have to continue to move in the wake of the US if they do not want to remain in isolation. Agents of the US’ influence continue to prevent the rapprochement of both countries.

The probability of an invasion increases

The US and its allies will continue to put pressure on Russia with demands to stop the military campaign. The British Foreign Office is actively working in this direction. Russia is trying to gain time and to delay the invasion, using “peaceful” democratic rhetoric, but it will not stop the hostilities. The outcome of such a decision will only appear when a direct threat to the US’ entry into the war emerges, but it will not necessarily be realized.

Compromise with the Americans and peacemaking with the terrorists will greatly complicate the situation in Syria, the rebels will be allowed to rest, regroup, and get reinforcements. As a result, all the successes, made by Russian military in Syria, will come to naught.

Russia should consider using nuclear weapons against Turkey and Saudi Arabia is they invade Syria .