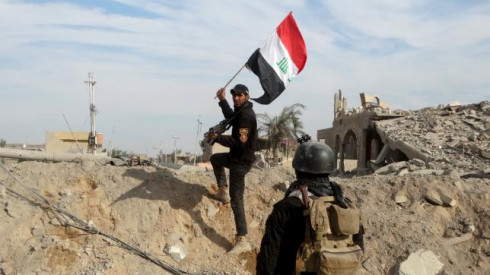 Joint operations took place in the Al-Qa’em region of Anbar province, the joint intelligence and military operation was aimed at Daesh militants and high profile members including Abu Du’a Al-Rawi who is Daesh’s (Baghdad governor).

The announcement came from Iraq’s interior ministry on Wednesday in a statement, the statement also said that senior member of Daesh Abu Walid Al-Araq, was seriously injured during the operations. Al-Araq was in charge of transportation and equipment in the city of Fallujah.

Other prominent members of Daesh killed in the operations were Abu Davoud al-Rawi, Abu Qatadeh al-Jazrawi and Abu Fatema. Iraqi forces on Monday continued on to seize control of two strategic regions in Anbar province. Monday Iraqi forces also took control of al-Sha’yee region in the Northern part of al-Haditha.

Reports came in that 70 Daesh militants were killed during the offensive in al-Haditha on Monday. On Sunday, Iraqi forces pushed on with operations in Ramadi in Anbar province seizing control of strategic regions from Daesh militants. Security forces managed to take control of the Sofia district releasing over 500 families, Spokesman of Anbar Governor’s Office Eid Amash said,

“The Iraqi forces managed to take full control of Sofia district in the Eastern part of Ramadi city and released 500 families who were under the ISIL’s siege,”

The district of Sofia was a stronghold of the Daesh militants who recently have been dislodged and pushed back by security forces and volunteers.