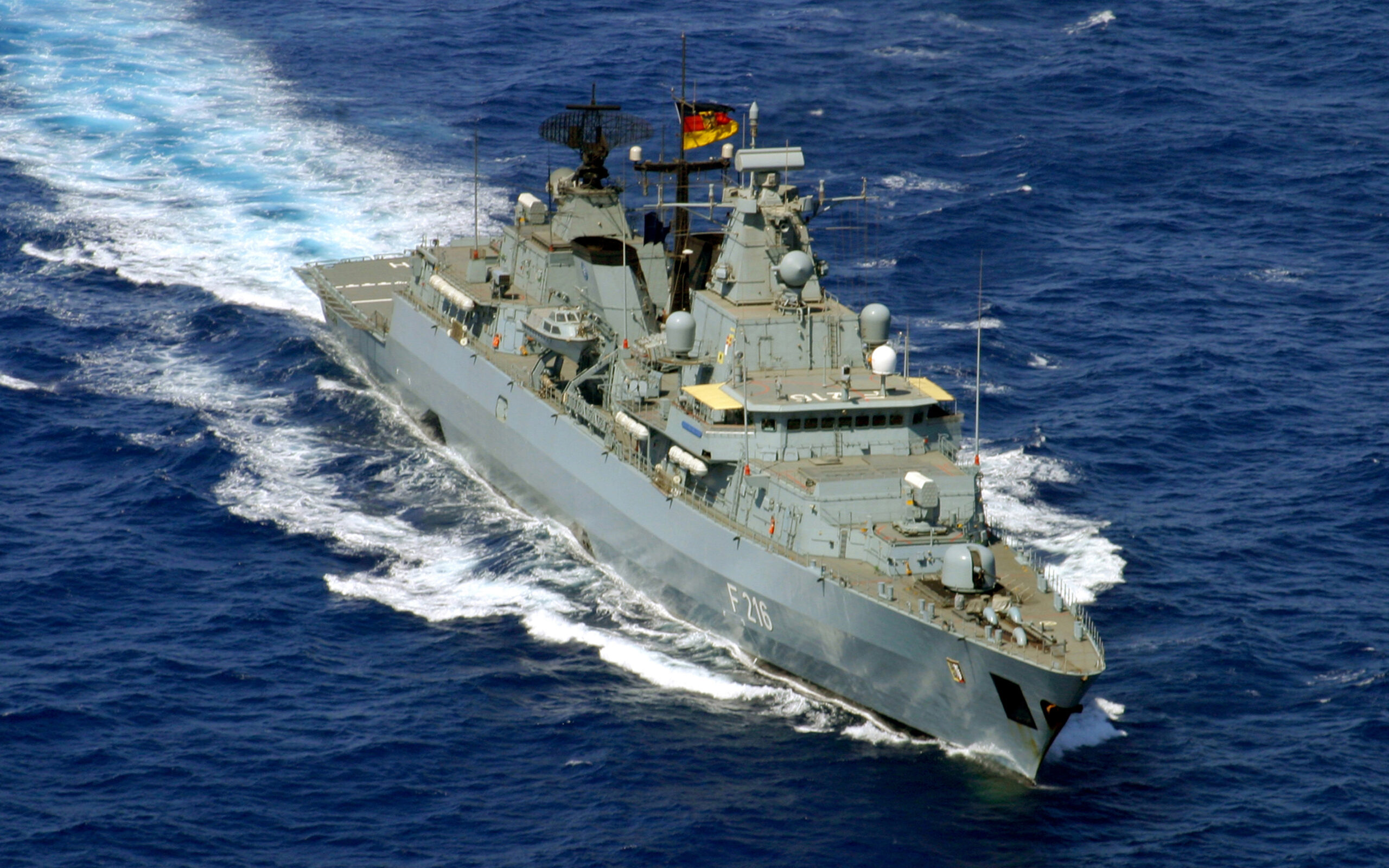 A German battleship, the Bayern (Bavaria) frigate, set off for Asia to make the long journey to the Pacific Ocean. However, why did Berlin want to send a warship to a location more than 5,000 nautical miles away from the German coast? It suggests that Berlin is attempting to not only become a major global military power once again, but may also join the Anglo Axis of the U.S., UK and Australia in containing China.

Bayern set out from the port of Wilhelmshaven on August 2 for a seven-month voyage. The original objective was to support NATO’s Operation Sea Guardian in the Mediterranean region. Instead, the German frigate then headed for the western part of the Pacific Ocean, an area that falls out of NATO’s scope. In the same sea region, there is the U.S. 7th Fleet, Russia’s Pacific Fleet, the Chinese Navy, the Japanese Navy, as well as the navies of North and South Korea, ASEAN and Australia.

On its mission in the Pacific, the Bayern will visit ports in Australia, Vietnam, South Korea and Japan. The stated goal of the trip is to monitor the enforcement of UN sanctions against North Korea.

Although officials in Berlin insist that the Bavarian frigate will follow international trade routes, they did not hide the political purpose of the voyage. German Defense Minister Annegret Kramp-Karrenbauer said the frigate should “raise the flag to defend our values ​​and interests, along with our partners and allies.” German Foreign Minister Heiko Maas bluntly said that the fate of the future’s world order will be decided in the Indo-Pacific region, and Germany wants to be involved in the process.

It is recalled that at the G7 Summit in Cornwall (June 11-13, 2021) and the NATO Summit in Brussels (June 14-15), participants expressed concern about China’s growing military power and its influence over its immediate region. On the same day as the first conference, the U.S. aircraft carrier USS Ronald Reagan entered the South China Sea, and not long after the British aircraft carrier HMS Queen Elizabeth also arrived. However, according to media reports, the British warship did not want to disturb Beijing and quickly headed to the Philippine Sea after a few days of passing through the South China Sea. Now, in the Pacific, the U.S. is hosting part of its Large-Scale Exercise 2021 (LSE 2021), one of the U.S.’ largest anti-Chinese and anti-Russian military exercises to ever take place.

The Bayern frigate has no plans to pass through the Taiwan Strait. It also has plans to stop in Shanghai. However, according to the South China Morning Post, Beijing may allow a visit to Shanghai only after Germany makes its intentions clear on why it is sending a warship to the South China Sea.

The cruise of the German warship to the Pacific is a symbolic act of showing naval power and moral support to its American and British allies in putting pressure on China.

Bayern’s voyage has both practical and economic goals. Germany is an internationally recognized manufacturer of high-quality technical and military equipment. Although German manufacturing is mostly for civilian products, they do produce hi-tech military equipment. Perhaps the Germans want to also increase their weapon sales in the Asia-Pacific market by displaying its warship. It could certainly drum up interest from the likes of Japan, South Korea and Australia.

This suggests that Germany is attempting to project itself as a major military force again after being limited in its capacities when it was defeated in World War II. Berlin is undoubtedly the economic heart of Europe, but militarily it is significantly overshadowed by France, the UK and Russia. By having a world class military industry and now engaging in months-long voyages and exercises, Germany is now attempting to step out of the shadow of being a medium-size military power and is now pushing itself once again to be one of the major global forces.

Whilst a dominant Continental European power, Germany was never a globally dominant surface naval power. Under militaristic reigns of both Imperial and Nazi rule they certainly built very powerful and advanced capital ships. But always lacked sufficient international bases and global resources to fully operate these ships without serious restrictions. As result they lost most of their significant advanced class vessels after they went to sea through combat damage and/or self scuttling.

Others would know better than me, but I think nobody with a minimum of naval knowledge would call a modern frigate a “battleship”? Then a bit later, “the Bavarian frigate” would be a frigate operated by the state of Bavaria (which is landlocked LOL). If you insist on Anglicizing the name, it’d be “the frigate Bavaria”. Are these translation errors, or is Mr. Antonopoulos just writing–something?

Still an instructive shapshot of our moment: Gernamy trying so hard to show it’s really something in the world by… well by following the edicts of its Anglo masters like a doggie. In fact, in all fairness, Germany did show it’s at least a bit more than the other Eurodwarves by sticking to its guns re Nord Stream 2; I guess their cat lady defense minister didn’t like that one at all.

One ship does not make a world leader plus it might be the only one that they could get to work to make the trip. I read that most of Germany’s subs or out of commission due to lack of maintenance like most of Germany’s military equipment!

Germany is a US occupied vassal state and that should never be forgotten.

More likelly that this voyage is at the instigation of Uncle Sam. Everyone, especially Russia and China, want to have good relations to Germany as Germany has so much to offer. So no one would want to fire at a German vessel.

So tedious how Greek’s ‘intelligentsia’ always reduce their analysis of current German politics on ‘muh Nazi’. Germany is a global export giant and depends on open sea transport. Showing off some military capabilities from time to time is a mild form of deterrence.