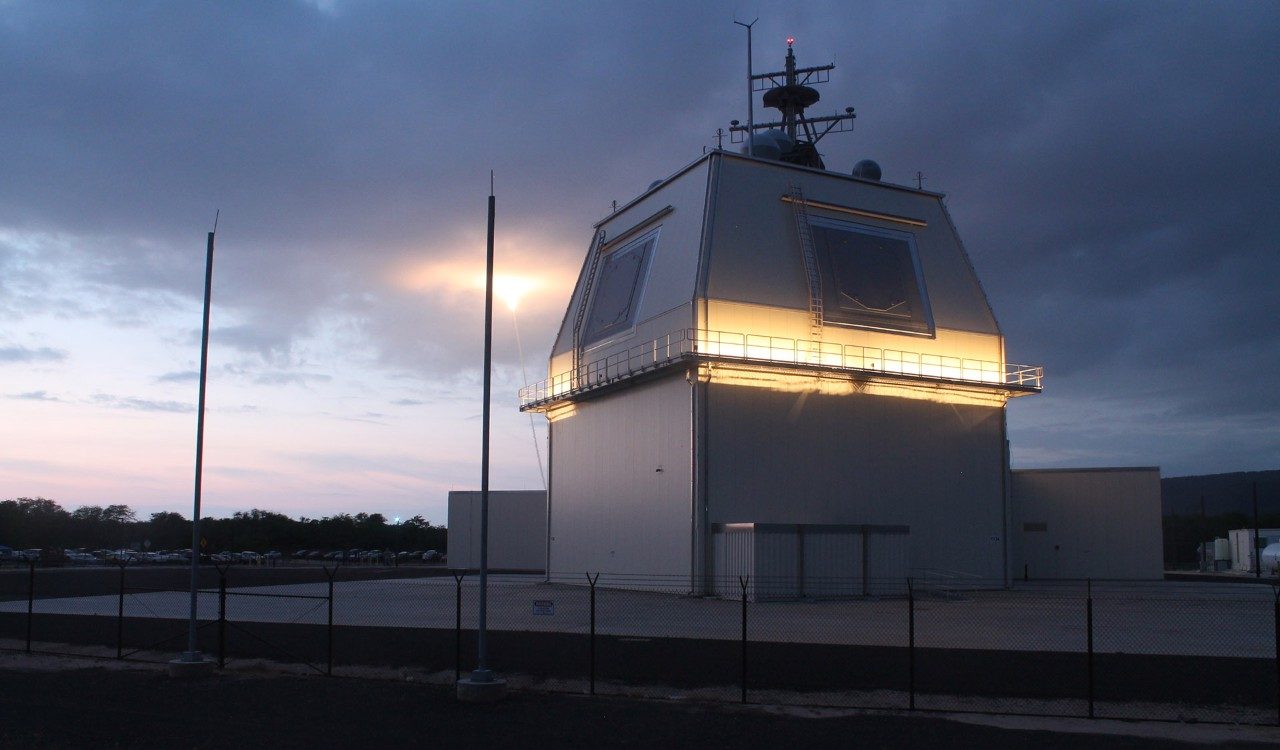 On November 19th, NATO showed off the facilities of the Aegis Ashore missile defense system in southern Romania. Ahead of the December 3rd-4th NATO summit in London, the facility in Military Base 99 was opened for a group of journalists and ambassadors to Romania from 20 member states.

The visit was the first time civilians were allowed inside for a peek inside the Aegis Ashore land-based defense system, which is located at the base in the city of Deveselu, approximately 180 kilometers west of Bucharest.

Romanian Defense Minister Nicolae Ciuca said the tour was an initiative in “transparency” that demonstrates the $1 billion facility has “a purely defensive nature.”

US Navy Commander John Fitzpatrick, who is in charge of Aegis Ashore repeated the US’ claims that the facility is entirely defensive.

“The only thing that we have with respect to capabilities is the ability to launch SM-3 Block IB interceptors against ballistic missiles inbound from Iran,” Fitzpatrick said.

Fitzpatrick said the 24 SM-3 ballistic missile interceptors at the facility are mounted on a “Mark 41 Vertical Launch System.”

Regardless, Fitzpatrick said the way those launchers have been “configured” and “installed” means that “the only thing it can launch are those SM-3 ballistic missile interceptors.”

There are about 500 Romanian soldiers, 250 U.S. troops, and other personnel working at Military Base 99.

“We are working together even if we are three units. Our mission is to keep the system functional 24 hours a day,” Romanian base commander Colonel Razvan Bratulescu said.

There is another Aegis Ashore defense system located in northwestern Poland, in Radzikowo. But vital tests haven’t been performed, and there are delays in building missile defense sites in Poland, thus it is not certain if it even works effectively.

The U.S. Missile Defense Agency has conducted only seven out of eleven planned tests in 2018, or just 64 percent, according to a Government Accountability Office study.

Problems with contractors made the construction of the facilities of the Aegis Ashore system in Poland delayed the project by 18 months.

Both of these are part of the Obama administration’s European Phased Adaptive Approach plan.

It is constituted from three parts:

The radar in Turkey and commander center in Germany have been up and running since 2012.

The command center in Germany is at Ramstein air base, which also hosts the biggest US deployment in Europe.

The early warning radar system deployed in the eastern Anatolian province of Malatya began its surveillance activities on January 1st, 2012.

A small number of U.S. troops were deployed to the military base at Kürecik in Malatya in the last week of 2011 since the Turkish military has no qualified personnel to run the U.S. AN/TPY-2 (X-band) early warning radar system.

Still, the radar base is commanded by a Turkish high-ranking officer and not by the US.

The described missile defense facilities are ground-based. There are also systems mounted on US warships, which can be located in various positions in the Mediterranean Sea, as well as the Black Sea. 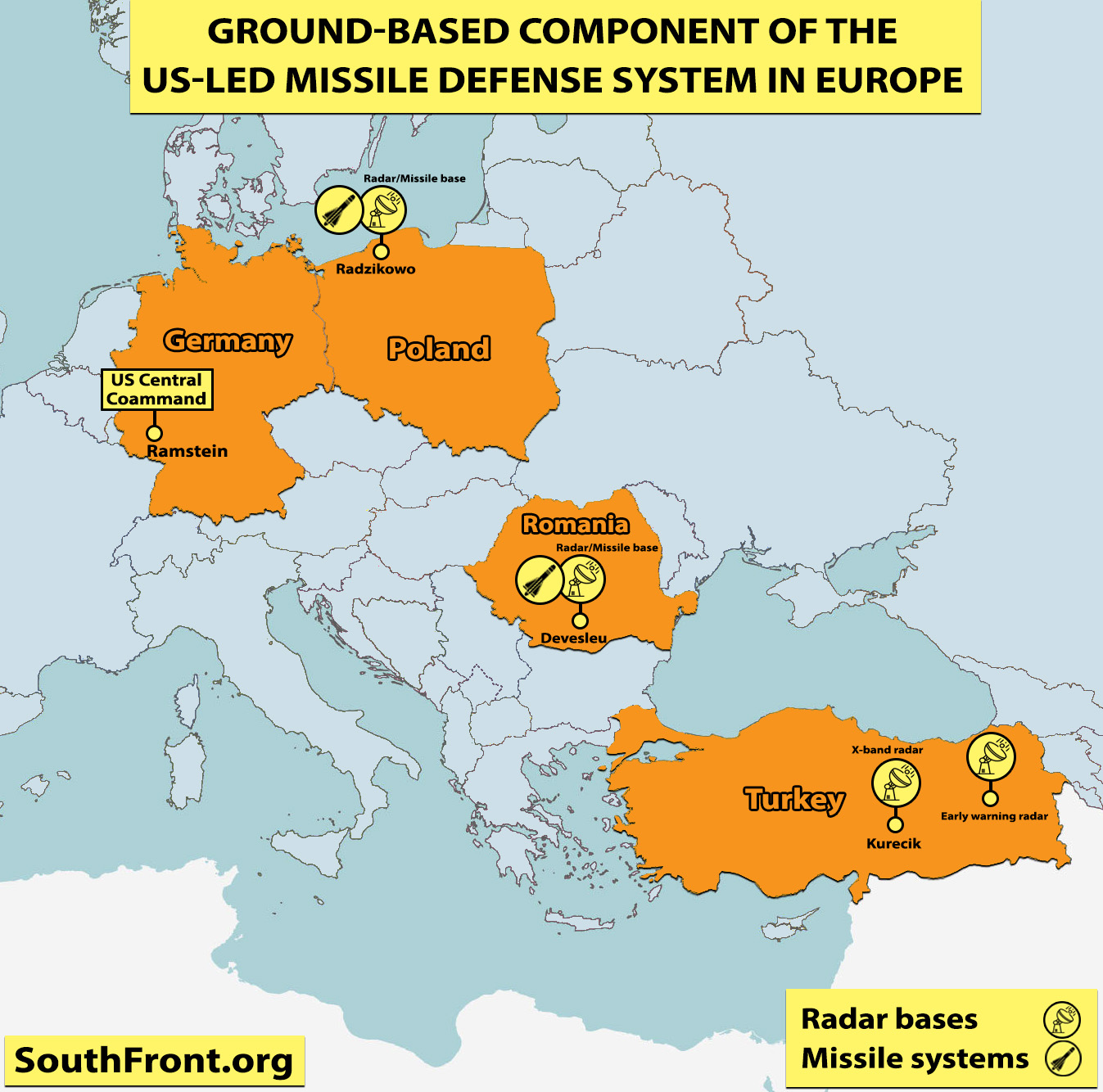 Aegis Ashore system is useless against the new hypersonic missiles.

How many of those have Russia built already?

Never mind hypersonic missiles it’s useless against the Iskander. For a start it’s a static location whereas all Russian short and intermediate land attack missiles, including Iskander are on mobile platforms. Second the Iskander has a mach 10, maneuverable reentry vehicle that no US air defence can react to. The only value the Aegis ashore have in a shooting war is as a radar platform and as a first strike TLAM platform. They are the modern equivalent of the Maginot line.

Who knows?…but surely they already have enough to destroy that bases…if it is not enough they have Iskander M/K , Kalibr cruise missile, KH 55/101..P-800 Brahmos….

If not enough, they have the Matrioshka

Hypersonic missile market is not at serial production yet, which is also valid for Russian S-500 defence system to shot down those hypersonic toys.

Well if there wasn’t nukes aimed at Poland and Romania before, then there most certainly will be now.

Because their governments are sucking the US’s government d….