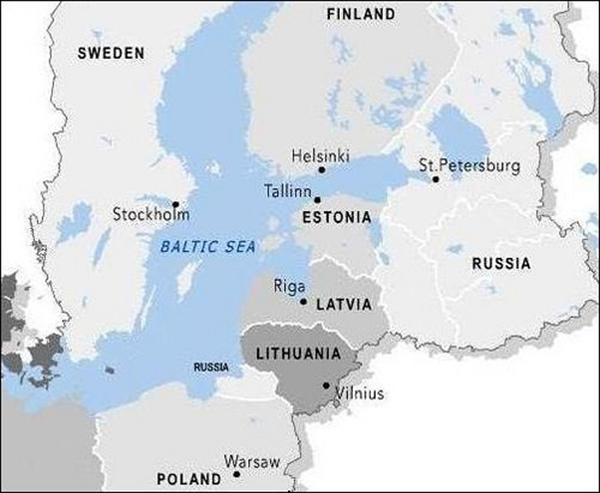 High-level diplomats and military all over the world are making enormous efforts to prevent a new Cold War, to which relations between Russia and NATO are evolving at a breakneck pace.

The issue of maintaining the balance between striking a posture of sufficient strength to deter any attempt at aggression without provoking a dangerous escalation with Russia was in the center of attention during the three-day Munich Security Conference as well as NATO defence ministers’ meeting in Brussels last week.
It was earlier proclaimed that the North Atlantic Treaty Organization is planning to increase its strength in its Eastern flanks. The final decision is expected to be a priority for Warsaw Summit in July.

This issue is of particular importance to the Baltic States. It is well-known that the Baltic States as well as Poland repeatedly asked for permanent alliance’s forces deployment on their soil. The governments consider this step the only effective measure to deter Russia.

Sometimes it seems as if the governments of the Baltic States and Poland do not view the situation as a whole, and pursue only their own interests. Obviously from the strategic point of view provoking Russia with such steps may have serious consequences for the Baltic region and Europe as a whole.

NATO authorities in their turn realize that fulfillment of their aspirations would mean breaking a Founding Act signed in 1997, a political agreement designed to formalize relations between the alliance and Russia. Among other passages, the Founding Act notes that “… the Alliance will carry out its collective defense and other missions through reinforcement rather than by additional permanent stationing of substantial combat forces.”

Thus, Petr Pavel, chairman of the NATO Military Committee, said that he had heard calls for the “containment” of Russia but believes that approach would only increase the risk a military confrontation. This is one of the few existing agreements supporting the military balance in the region.

That is why changing NATO’s force posture is a daunting problem right now, for a combination of political and strategic reasons.

Politically, there remains strong disagreement within the halls of NATO over the nature of the alliance’s relationship with Russia. Some countries and Germany among them remain committed to the letter of the agreement. It is just the case when “a lean compromise is better than a fat lawsuit.”

The Baltic States are likely to be disappointed with allied troops deployed in Poland or elsewhere in Eastern Europe on rotation basis. They will willfully continue to urge the need for permanent of NATO forces regardless on possible political implications.

Lithuania, Latvia and Estonia joined NATO in 2004, gaining protection under the alliance’s Article 5 collective defense guarantee. They believe in NATO defense devotedly. This belief of three small nations is so strong that avoids even thinking about possible inability of the organization to protect the Baltic States. But according to US analysts – David A. Shlapak and Michael Johnson, from the perspective of the North Atlantic Treaty Organization, the threat to the three Baltic republics of Estonia, Latvia, and Lithuania that border Russian territory – is the most problematic case now.

Poland and the Baltic States drive themselves into a corner insisting on permanent NATO troops’ deployment on their territories and create conditions under which NATO could even frustrate some of its short-sighted member-states preferring to calm Russia in order to prevent the new Cold War.