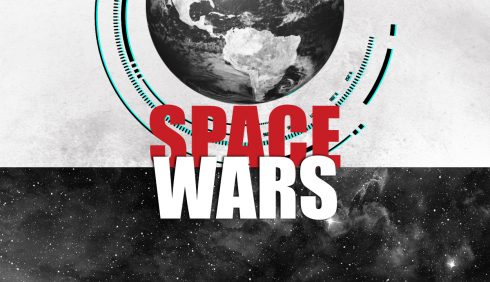 Once again, NATO appears to be seeking to oppose non-aligned governments in every way possible, even in outer space. In a recent document, the Western military alliance launched a new space doctrine, which is clearly focused on impeding the space progress of nations like Russia and China. Analysts around the world consider the document as unnecessary and without positive effects for world peace, only contributing to the increase of the excessive militarization of space.

On January 17, a project of new NATO space doctrine was launched, which considerably expands the alliance’s previous space policy objectives. The new document, in addition to pointing out outer space as a territory of operational domain as well as land, sea, air and cyberspace, points out the need to maximize the space power of the bloc’s member states. One of the objectives is to achieve a compatible and interoperable strength between the different states of the alliance, forming a common force capable of competing in the current space age – classified by NATO as “crowded and competitive”.

According to NATO, space competitiveness has become a growing problem mainly due to the rise of the activities of Russia, China, Iran and North Korea. These countries have rapidly and efficiently developed a wide range of satellites and space equipment, both in military and commercial spheres. As these countries are geopolitical enemies of NATO, their space activities are considered a growing threat, which has raised fears about a possible incident of attack against Western satellites in outer space. In this sense, the new document makes it clear that an attack in space legitimizes the invocation of NATO’s Article 5, which affirms the bloc’s right to collective legitimate defense. However, the document does not define what precisely could be considered a space attack for NATO.

Some analysts around the world considered the NATO pronouncement unnecessary and ineffective for current international space policy situation. In fact, the measure appears to have been just a way of declaring that space warfare will be a priority in the alliance’s defense policy. There were no major innovations with this NATO new move, just a restatement of the discourse on non-aligned powers as “threats” to the West – in this case, applied to Western satellites and spacecrafts in outer space. Furthermore, it is necessary to emphasize the fact that by talking about the invocation of Article 5 without defining what would be considered a “space attack”, NATO is making room for any unwanted movement of special equipment by its enemies to legitimize an invocation of the article, which puts global peace at risk.

This seems to be the opinion even of some American experts, such as Dr. Mark Gubrud, professor of Defense at the University of North Carolina, who states: “This NATO declaration is unneeded and unhelpful (…) Any ‘armed attack’ on space systems would be part of a larger war. If it really were something confined only to space, such as a laser dazzling of a satellite, it’s hard to see that you would want to invoke Article 5 over it”.

In the same sense, another criticism that can be made is related to the issue of the need to make the alliance’s entire spatial power compatible. By wanting to make the space capabilities of all NATO states compatible, Washington seems to be creating a discourse to legitimize the indiscriminate weaponry of all countries in the bloc. In addition to the danger this poses to global peace, there is the financial factor, considering that the US tends to sell space weapons at high prices and that NATO members will be coerced into buying them due to the bloc’s demands – in addition to the paranoia about a “space threat” that will certainly be constantly circulated from now on, urging Western countries to acquire as many space weapons as possible.

This is also the opinion of another American analyst, Professor Bruce Gagnon, director of the Global Network Against Weapons and Nuclear Power in Space. He believes that the US Space Force wants to maintain global preeminence in space warfare and is encouraging the purchase of weapons by NATO countries in order to acquire resources that will be invested in the military space industry. These are some of his words:

“The US Space Command planning document stated that the US will ‘control and dominate space and deny other nations if necessary access to space (…) At the Space Command HQ in Colorado just above their doorway they have a sign that reads ‘Master of Space (…) Even with all its resources the US can’t afford to pay for its ‘Master of Space’ plan by itself (…) [In order to maintain its “preeminence”], the US sets up a story line that it ‘must protect space’ from the dark forces in Russia, China, Iran, and North Korea (…)  Interoperability’ ensures that all NATO members purchase new expensive space technologies mostly from US aerospace corporations like Lockheed Martin, Raytheon, and others. In addition, ‘interoperability’ means that all space information, surveillance, and targeting is run through the US-dominated system. In other words, NATO allies help pay for these costly space warfare systems but the Pentagon controls the ‘tip of the spear”.

Considering all these facts, it seems that once again the American interests are being superimposed on the interests of the other NATO countries, which will be forced to adopt the measures imposed by Washington within the scope of the alliance, even if this does not correspond to their strategic plans. The US government appears to be launching a new narrative about its enemies, labelling them as a “space threat”. It is likely that from now on, any minimal space activity by Russia, China, North Korea and Iran will be interpreted as an attack against the West, justifying international sanctions.

And hindus decided You should be reborn as a worm.

We might be witnessing the erection of another Iron Curtain, only this time it is done by the west. All this bleating of threats serves to tightening control of their own population more and more and isolate their population from all the exciting news of cooperation and prosperity in the rest of the world. A degree of control we have seen nothing of like before but perhaps read or heard in form of “1984”.

A few nights ago out of boredom I was thinking about their funny show of the “Imminent Russian Invasion of Ukraine” and had an idea: What if it’s just for market and stocks manipulation? Then I searched for the weapons manufacturers stocks value over time and saw something interesting.

For example, the value of each share for Lockheed Martin took a nose-dive in late October 2021 (~ -$50 a share) but now after the threat of Russian invasion and naturally demand for more weapons, it’s fully recovered and some. The same goes for BAE Systems, Raytheon Technologies and General Dynamics in the same time-frame. Poor Boeing is an exception, continue to lose value (perhaps related to the trouble of some its commercial models with 5G in the US and talk/recommendation of F-15EX cancellation).

It was just a few minutes of some random guy searching. I think it is worth a journalist’s time to have a more in depth look.