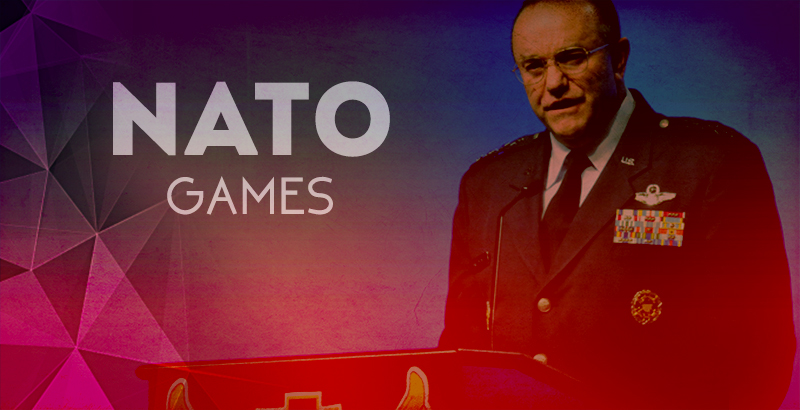 A one sided anti-Russian course is bringing a North Atlantic alliance to a standstill. In 2014 NATO broke up relations with the Russian Federation, and now the alliance’s secretary-general Jens Stoltenberg is talking about the necessity to hold a NATO-Russia Council meeting. “We think the time has come to hold it. But the decision has not been made yet”, stated Stoltenberg.

Moscow regarded NATO’s timid signal on readiness to renew partnership as a request, not a wish. In a RIA News interview, the director of European Cooperation Department Russian Federation’s Ministry of Foreign Affairs Andrei Kelin noted that Russia is not in a hurry to satisfy the initiative of its Western colleagues, referring to the need to conduct serious prep work. The diplomat believes that Moscow will be ready for the NATO-Russia Council meeting closer to the end of the year.

This suddenly emerging desire for NATO to sit down at the negotiating table is most likely due to the strengthening of Russia’s armed forces in the Western Military District. In the beginning of January, Defense Ministry’s Sergei Shoigu set the task of creating three new divisions that will be deployed near the country’s Western borders during 2016.

Near 30 formations and military units were created in the Western Military District since the fall of past year, and a 1st Panzer army with headquarters in the Moscow region was formed in the beginning of February. The skeleton of the army consists of Kantemirovskaya tank and Taman Motorized Rifle divisions that are a part of 20th general army troops. It is assumed that three new divisions, which Shoigu spoke of, are compensating for the “losses” from formation of the 1st Tank Army.

Military experts believe that confrontation with the West has forced the Russian Federation’s Ministry of Defense to begin the reformation of a soviet system of troop establishment. The department is refusing a transition to a brigade system that was declared in the times of Anatoliy Serdyukov (2008). Moscow is recreating divisions and armies, wishing again to see a strong fist from armored vehicles on the western borders.

In the U.S. and NATO Russian Federation’s Ministry of Defense plans are being considered a threat. But right now there is no talk of mass increases in the numbers of Russian military troops in the Western Military District. The analysts are predicting that there is nothing extraordinary in the measures taken: Russia is simply restoring those positions lost in the 1990s. And on top of that, the 1st Panzer Army that the Western neighbors so fear includes machines that are not so modern: T-72B3 and T-80. For some reason NATO dismissed the fact that Russia’s main battle tank is a more severe T-90 “Vladimir”.

Washington and Brussels’ answer to Western Military District group strengthening was obviously not a balanced one. The other day, the Chief of Pentagon Ashton Carter announced that he would ask Congress for 3.4 billion dollars to support “European allies”. In the 2017 Fiscal year the aid may be increased from 789 million to 3.4 billion dollars.

The fourfold growth will strengthen American military’s rotation, increase the amount of training, will allow the allocation of additional technology and modernization of infrastructure. Particularly, Carter promised the placement of 250 tanks, Infantry Fighting Vehicles and Self-propelled Howitzers in Bulgaria, Estonia, Lithuania, Latvia, Poland, Romania and Germany.

The Defense Minister of the U.S. called this step a necessary measure in the face of “Russia’s aggressive measures”. At the same time, Carter obviously forgot that only in 2015 the NATO contingent increased several times in Eastern Europe. According to Russia’s Ministry of Defense data the alliance’s number of airplanes grew times 8, and the number of soldiers grew times 13. In addition, 300 tanks and Infantry Fighting Vehicles were thrown into the region. Currently in the Baltics only 310 airplanes that are capable of carrying nuclear weapons are stationed.

American hawks and Pentagon leaders are advocating for an increase of their presence in Eastern Europe. Aside from a political conjecture, commercial interests are playing a large role. America’s military budget remains gigantic (more than 600 billion dollars for 2016), but is slowly shrinking. The salvation for military officials and those losing those government orders for manufacturing arms remains due to the myth of a “Russian threat”.

There has long been an opinion in Ukraine, Poland and the Baltics about a growing evil on the Eastern side of the Empire and Moscow’s set in place plan to capture territories that were part of royal Russia and the USSR. Of course, there is no evidence of this. Feeding this clear non-sense to Western Europe and North American audience isn’t working out so well. At the same time, Russophobia propagandists found a way to scare people with “expansion from the East”.

A central link to the denigration of Russia became an echelon of global journalism – a once authoritative British corporation named BBC, whose financing abruptly increased earlier by the United Kingdom. Following the film on Vladimir Putin’s “Secret Riches”, BBC demonstrated another “fake”: “WW3: Inside the War Room”.

The film is dedicated to a hypothetical scenario of a nuclear war with the Russian Federation. According to the scenario, a military conflict with Russia flared up when the Russian military invaded Latvia and Estonia. It isn’t difficult to guess that the occupation of Baltic Republics is compared to the “Crimean Scenario”: the Russian army is supporting the uprising of “pro-Russian rebels” who are seizing administrative buildings.

The North Atlantic Alliance is forced to react to the aggression toward its members and is introducing Special Forces into the carrier range of the pro-Russian rebellion – Daugavpils. Further, there is a series of military provocations from the Russian troops. Washington and London are left to make a choice: to cause a nuclear strike or not. The film’s authors tried to create an atmosphere of reality of what is happening. It seems that it was with this purpose that former military have fulfilled the role of the main characters.

But the main role that is prepared to play in the West was chosen to the active Secretary General of the alliance Jens Stoltenberg. The showing of the “WWIII” “miraculously” coincided with Stoltenberg’s annual report. The Norwegian, in his presentation suddenly decided to unravel a military secret that Russia was supposedly rehearsing a nuclear strike on Sweden during training in March of 2013. According to NATO’s Secretary General, Moscow’s actions are “unpredictable” and are harmful to Europe’s security.

A “Russian threat” is probably the one single factor that can save the reputation of Western countries leaders, who have committed gross political miscalculations. It is a lot easier for them to fight with windmills than solve real problems: a non-existing immigration crisis, a growth in terrorism, rampant street crimes. Instead of trying to prevent an impending catastrophe with Russia’s help, NATO prefers to extend one hand out to our country, while holding the second hand in a fist.