The following text is the second in a series of articles presenting an analysis and evaluation of NATO enlargement in the Balkans, the interests that are driving this policy and the implications this has for Russia. You can find Part 1 HERE. 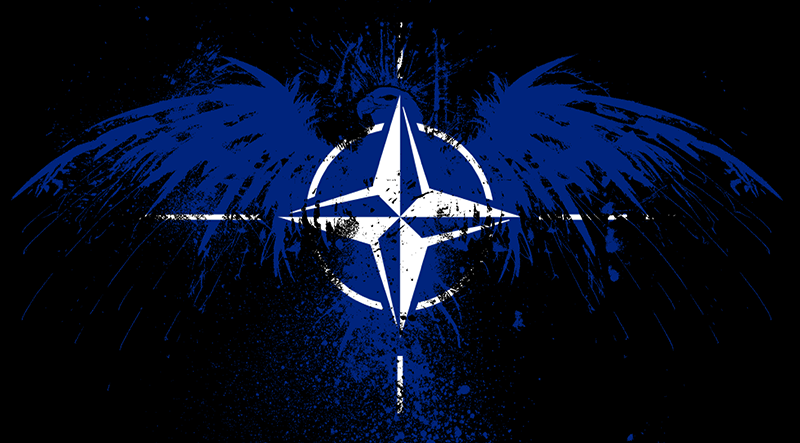 Written by Viktor Milinkovic exclusively for SouthFront. Viktor Milinkovic is a criminal justice professional and specialist with over a decade of experience within the field of law enforcement, public protection, risk assessment and security analysis and strategy.

The NATO military alliance has intensified the endeavour to realise its strategic objective of integrating the entire Western Balkans, or former Yugoslavia, into its control/command structure.  The prospective accession of Montenegro to NATO is critical for consolidation within the Joint Force Command (JFC) area, (previously designated Southern Command prior to 2004). Montenegro’s modest population size (620,029 – 2011 census,) and territory (13,812km 2), is in stark contrast relative to its disproportionate significance as a geostrategic location of high value and priority. The heightened risk of conflict escalation within the broader South-Eastern Europe and Middle Eastern operational theatre, raises the acute sense of urgency that has compelled NATO to ensure military supremacy in this region. NATO superiority within the coastal regions surrounding the Eastern Mediterranean and Black Sea is no longer assured, following events in Ukraine and Syria between 2014 and late 2015. The return of Crimea to Russian Federation sovereignty, alongside the subsequent military intervention of Russia into the conflict in Syria, has radically altered the balance of military power in a manner unprecedented since the culmination point of the Cold War. [1] NATO therefore seeks to restore its pivotal position as the pre-eminent military force in the world, in addition to its prestige as a global arbiter, by concluding what was begun in 1991 when the alliance declared ‘victory’ against the Soviet Union. This was the period when the NATO alliance engaged in its first expansionist ‘out of area’ operations within the former Yugoslavia, effectively establishing a model for its global arbitrational function that would come to be applied in Afghanistan as of 2001, and Libya as of 2011.  The pace of NATO’s enlargement schedule encountered a severe obstacle however, as a direct consequence of its activities in the former Yugoslavia, or what the alliance came to refer to as the ‘Western Balkans.’

The instigation of the Yugoslav crisis in 1991, leading to a series of direct NATO military interventions, had been planned long in advance of the culmination of the Cold War. The revelations of deceased French air force brigadier general and military strategist, Pierre Marie Gallois, provides testimony to the intentions of leading NATO member states to arrange and incite the dissolution of the Socialist Federal Republic of Yugoslavia (SFRY). Gallois claimed that he personally participated in discussions to this effect as early as 1976 in Germany, whereby high ranking officials and representatives devised strategies to incite secessionist tendencies along preferential sectarian principles akin to those implemented by Nazi Germany during the Second World War. [2] This exposition corresponds with the assertions of former CIA case officer Robert Baer, revealing that he was assigned an operative role in 1991 to engage in separatist agitation in both Slovenia and Bosnia, paving the way for secession of those republics. [3] The evolution of conflict within the former Yugoslavia during the course of the 1990s however, gained an intensity and complexity that engulfed NATO in a severe quandary for which it was inadequately prepared. The dismemberment of the former Socialist Federal Republic of Yugoslavia (SFRY) was envisaged to proceed, according to retired Yugoslav (Third) Army General Goran Jevtovic, in accordance with the first phase of operations in Slovenia. The formula alluded to by Jevtovic, consisted of a strategy of tension, in which the destabilisation tactics of managed low-intensity conflict were employed.  The methodology utilised corresponds with the counter insurgency strategy elaborated by UK General Sir Frank Kitson in a factional or sectarian conflict ‘gang/counter-gang’ schematic. [4] Thus, within respective secessionist republics, armed conflict would remain strictly localised, therefore inducing Yugoslav People’s Army (YPA) neutrality and necessitating their eventual withdrawal. Secessionist forces would subsequently, as a consequence, inherit the infrastructure and military hardware – including a vast weapons arsenal – of the YPA and utilise this to suppress local loyalist insurrection.  NATO would be well positioned to assume an arbitration role, as the YPA gradually collapsed in tandem with the SFRY, thus presenting itself as a neutral force and automatically legitimatising its new interventionist doctrine and policing function, whilst staging a platform for Eastward expansion.

The conflict however, which erupted into a Third Balkan War, resulted in the remnants of the YPA morphing into newly formed military forces which would counter the attempt to dismember Yugoslavia with ferocious resistance in Croatia, Bosnia-Herzegovina and Kosovo-Metohija. Jevtovic claims that NATO did not expect its proxy secessionist forces to suffer the defeats they endured, thus compelling repeated direct NATO intervention and prolongation of conflicts throughout the course of the 1990s.  The net result, Jevtovic argues, was that NATO’s expansion to the borders of the Russian Federation was delayed by an entire decade, providing Russia the time needed to adjust to and recover from its transition from the Soviet-era command economy system. [5] The dilemma for the NATO alliance during the Third Balkan War, seems to have been an inability to implement a ‘Balkanisation’ destabilisation and disintegration strategy in adequate time, so as to reach the Russian border and territories such as Georgia and Ukraine by the mid-1990s. The instigation of the Chechnya insurgency in 1994, as the war in Bosnia approached its climax in 1995, suggests that the events that occurred in Georgia in 2008, and Ukraine in 2014, had been intended to take place more than a decade earlier. NATO was essentially compelled to remain engaged in the Western Balkans due to the resistance to the destabilisation and disintegration strategy, demonstrated by what Dr Dragan Petrovic, of the Institute for International Relations in Belgrade, identifies as the ‘Serbian factor.’ Petrovic contends, in accordance with the revelations of Pierre Marie Gallois, that a principal objective of NATO strategy in its operations against the former Yugoslavia from the beginning, was the neutralisation of the Serbian factor. Petrovic explains this policy from a theoretical perspective formulated by the Annales School of history and postulated in the methodology of French historian Fernand Braudel. Historical developments of a geopolitical nature are, according to Braudel, attributable to elements or factors of ‘long term duration,’ such as specific locations, population centres, social institutions and collective identifications. From the perspective of this theoretical framework, NATO has engaged in the Western Balkans by utilising an ‘orientalist’ perception of the Serbian people. Petrovic contends that there are three principle attributes of ‘long term duration’ that NATO has identified with regard to the Serbian factor:

The ‘Serbian factor’ in the Balkans according to Petrovic then, viewed from the perspective of the NATO military alliance, is effectively an extension of Russia itself, and the Serbs themselves are ultimately ‘little Russians.’ [6] The attention bestowed by NATO upon Montenegro and the Western Balkans therefore, is orientated towards the fulfilment of encirclement and neutralisation of the ‘Serbian factor’ as a potential asset in any possible Russian Westward power projection. [7]