According to the NATO’s Deputy Supreme Allied Commander Europe, ‘fake news’, hacker attacks and attempts of political impact can be equated to an attack on the alliance. NATO’s Deputy Supreme Allied Commander Europe, British General Adrian Bradshaw, did not rule out that ‘fake news’, hacker attacks and political impact against one of the NATO countries can be regarded as an act of aggression against the whole alliance, the Times newspaper reported.

According to Bradshaw, such actions can conform to Article Five of the NATO’s Collective Security Treaty, which states that “an armed attack against one or more [members] shall be considered an attack against them all.”

“It is a political decision, but it is not out of the question that aggression, blatant aggression, in a domain other than conventional warfare might be deemed to be Article Five,” the general told the newspaper, answering the question whether NATO’s Article Five applies to misinformation or interference in elections.

Bradshaw added that the organization has “declared cyber as a domain in warfare, alongside air, maritime, special forces and land.”

“It is hard to imagine any future conflict that doesn’t include a substantial cyber element,” he said. “It’s not just the threat of overt military attack, but it’s a raft of other measures, including covert, paramilitary, and non-military activities, some of which will be coordinated by the intelligence arms of Russia,” Bradshaw said in January.

“And we as NATO need to have our antenna tuned to the signs that this sort of hostile activity is going on,” the general added.

The US special services under the Obama’s administration accused Russia of an attempt to interference in the presidential elections in the country, however, no evidence was provided. Moscow categorically denies the allegations, calling them baseless and unfounded.

Earlier, NATO Secretary General Jens Stoltenberg expressed concern about the increasing number of hacker attacks on facilities of the alliance and said that NATO is ready to use the article on collective self-defense in the case of cyber attacks. Stoltenberg also stressed that the alliance does not see any immediate threat from Russia for the NATO’s eastern flank.

Shut the fuck up and deal with your Muslim insurgency. There will be blood in the European streets up to the knees for the next generation because of these madmen. The EU is a failed experiment or rather an experiment that went too far-from business and travel convenience to dictating extreme regulations regarding business and forcing social values upon the whole Union.

There was a time when I considered moving to Europe in my later years after travelling there many times, but they can keep their social experiment. The leaders are crazier than my American brethren.

Considering the psychological disorders here, I think you are talking about some serious European mental problems.

Le Pen will try to save France from Muslim inundation. Thus, there is NO doubt whatsoever that she will be defeated in the second round of the elections.

All of France has the option to vote for salvation. They will ignore it and vote, again, for free lemonade and three months of vacation every year – and eventual enslavement, forced conversion to the Devil’s religion, life in a living hell, and/or death. Go for it, mes enfants.

I would like to see if NATO has the actual balls to declare war to Russia on his own.
Otherwise this is just attention grabbing feather fluffing.

Same old warmongering from the anti-Russian RACIST British elites. They must still be trying to stop Russia from getting a warm water port in British India. Someone should tell these blinkered RACISTS that India-Pakistan-Bangladesh is independent and the Soviet Union disbanded in 1991.
Quick, before they re-start the slave trade!

Someone should tell them that Queen Victoria is dead, they still think London rules the world…. and they don’t even rule over London anymore, ask mr.Khan, the major.

** they don’t even rule over London anymore **

That’s so rude of you to point this out.

What drug are these people on?? There is no evidence that Russia did any such thing. Lies and innuendo by an old soldier that wants to start a war he won’t fight. “The vicious virtue of old men’s lies”…..

Does this guy know that Russian election hacking is a big farce by the US progressive mainstream media?

This General Bradshaw is just a tough talking, elitist, careerist chicken hawk trying to intimidate Russia on behalf of NATO’s 28 countries. If this alleged interference by Russia in the recent US general election is so heinous, why doesn’t the imaginary British Empire take it upon itself to attack Russia on its own without the help of Uncle Stupid (Sam)? Pathetic posturing.

Muhahaha, once it was an nation, but now, huh an war zone, and somehow the MSM whom is 100% controlled by the same force of NWOs and NeoCONS whores, like Norway, they refuse to report on the truth and instead invents something downright stupid, aka the Russian scare.
The Finns are also sliding and right now roiling around in to the Libtard mud hole of political invented manure, and in Norway, like the Orcs in Kiev, sees Russians crawling under the wall papers, in the toilet, down the chimney, and so on, the Russians is coming is screamed at us 24/7.
And like the unbelievably coward Sweds, they are way to coward to deal with the rapefugees, but kicks in the faces and spits on their own week and poor people, yeah, cant be an racist you know, right, “vikings”.
Yeah, 60% increase in well fare, and whom do the Norse MSM blame, their own of course, not a word about the ugly truth, the fact the Rapefugees is sucking our nation dry, and the PC-istic Norse MSM, never writes anything that alters the image, like Sweden they lie and fake everything, all the time.

This Brit, is an joke, and just makes me laugh.
Poor thing, did they let Him out of the asylum a little to early, obviously, since He still thinks Britons is living in the 1700 century, and my humble recombination is the get the straightjacked back on Him and feed this poor schmuck His medicine, He is obviously delusional and shows traits of been paranoid delusional witch is an serous case, isn’t it Brits.
And in there He can walk around and pretend as much He wants about been at war with Russia.
Poor schmuck.
Like the infamous David Von Munchhausen CaMoron.
An man so bonkers He even managed to awoke my “maternal” instincts, witch I didnt knew I had, hehe, another poor and delusional, ugh… thing.
And now they have Bozo da Clown on the loose.
What could possible go wrong.

Why don’t you try it and see what happens jackasses. 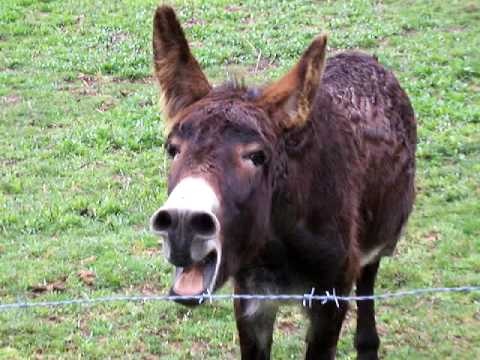 Why don’t you try it and see what happens jackasses. 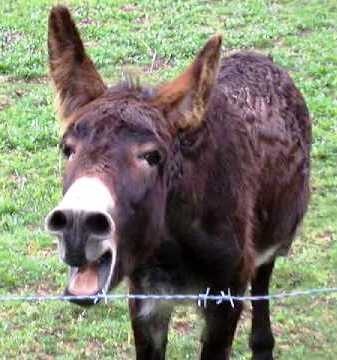 In that case U.S. is responsible for 100s of ‘act of wars’ every day, worldwide, they meddle in everything, everywhere… not to mention – real act of wars (not your hallucinations) – like illegally bombing sovereign countries. Fake news? That’s YOU Mr.Bradshit, Bradshaw, Strangelove or whatever your name is….. NorthAtlanticTerroristOrganization.

Well, all we can conclude from this nonsense is that the British general has been drinking too much American ‘coolade’ and rather that chase Russian shadows , he would be better advised to visit the strip clubs recommended by a British NATO officer to his troops playing wargames on the Russian border. Perhaps all he needs is a few hours with an Estonian whore to ease his frustration and impotence. Importance even :)

I want to punch this man in the face.

NATOstani stupidity and war-mongering on full throttle, and on public display….

Or a Russian dis-information campaign – you decide which is real.

The Anglos have been interfering in Eurasia for almost a 1,000 years.

One act of war deserves another.

Europeans always interfere in US policies. Like the UK sent their secret service into America in the 1930’s to feed Americans propaganda into fighting the UK-created war for them.
We should have mercilessly attacked the UK-Empire in 1941, instead of being their slaves and fighting for their stupid dictators.
http://ihr.org/

You dare to question The Narrative? Say it is not so.

Jens was fuked by Russia so hard .Thus he will try everything to Harm Russia.But Russia and her president will not flink to demolish Nato.

These are the sort of globalist shills that have to be remembered.

Already Western countries have open so many war zones in the entire world that I don’t think so that they can effort any more war zones or may be this gentleman is drunk.

You casually dismiss the threat of Zanzibarian aggression?!

Maybe the general can sic NATO forces on Germany for its “aggression, blatant aggression” against NATO member states in facilitating the entry of hostile “migrant” forces to the NATO rear areas.

If he’s going to be creative in expanding the list of actionable Article 5 threats, why stop at just cyber attacks? Go for broke, Bradshaw!