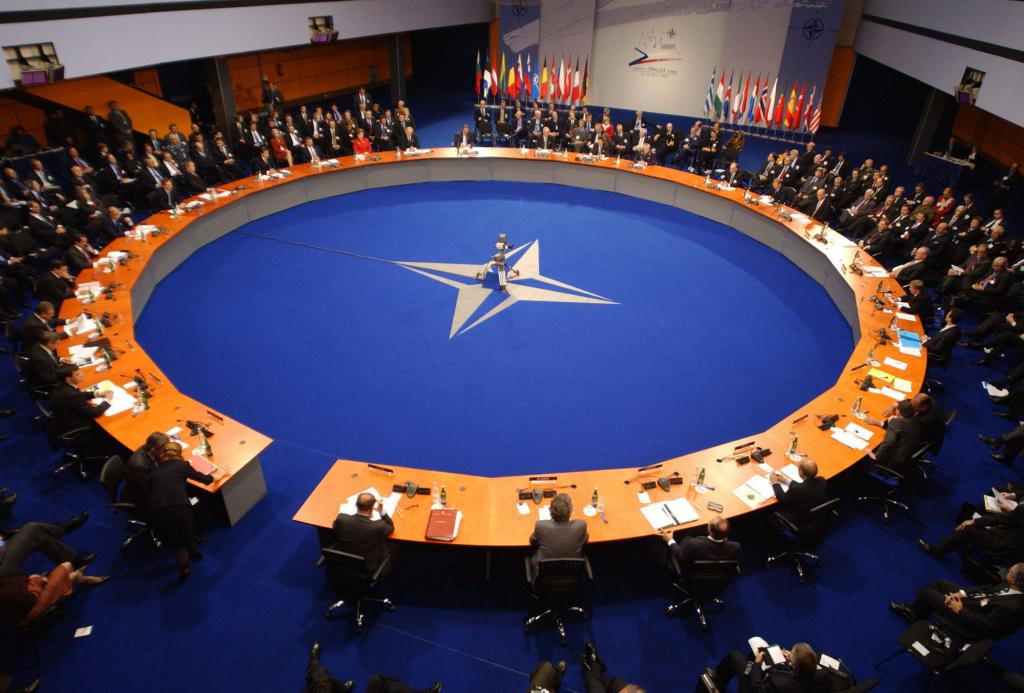 On thee world scene, America is a declining power. This decline is in part domestic and self-inflicted, reflecting a certain weariness and neglect of our social order. No amount of huffing and puffing from politicians will significantly change this decline.

But the decline is also relative, relative to the rise of new world powers. China, India, Brazil, even the return of a more active Russia; all now severely affect America’s former ability to dominate the global scene.

Numerous historical examples abound of imperial exhaustion, loss of spirit and decline. Yet, with our ambitions more modestly set, there is no reason why America cannot comfortably live within the framework of the newly emerging world order. Indeed President Obama, to his credit, (partially) does grasp the already serious costs of imperial overreach—even if his key strategists do not.
American strategy seems fundamentally stuck in defensive mode against rising powers. Such powers indeed do challenge American aspirations for continued hegemony. But a defensive posture robs us of our vision and spirit; it represents a basically negative orientation, like King Canute on the beach trying to stop the encroaching tide. Worse, American military power—and the budget keeps rising—seems to have become the default US response to most foreign challenges. The Pentagon has put the State Department out of business. NATO today particularly symbolizes that myopic and defensive orientation.

So while Washington focuses on building defensive military structures, bases and arrangements overseas against Russia and China, we are being rapidly outflanked by a whole array of new economic plans, visions, projects for a new continental infrastructure and institutional developments that span Eurasia. These developments are indeed spearheaded by China and Russia. But they are not fundamentally defensive or military in nature, but rather represent the creation of a new international order from which we have either opted out, or even oppose. Meanwhile obsession with NATO and military alliances as the major vehicle of US military policy after the Cold War is a chief reason we are losing out in that new order.

With the collapse of the Soviet Union back in 1991, a top Soviet ideologist told a senior US official “We’re going to do a terrible thing to you; we’re going to deprive you of your enemy.” Indeed, the focal point of US leadership for nearly half a century after World War II was to keep communism and the Soviet bear at bay—primarily through overwhelming military supremacy, bolstered by a thriving economy. NATO was the chief vehicle of that policy.

Our mental legacy from that era lingers on. Back in the day Washington’s analytic touchstone for nearly all regional crises was “What are the Soviets doing?” That question usually topped my mission directives as a CIA officer overseas during the Cold War.

As a result, Washington viewed most complex conflicts unfolding in the developing world primarily through the Soviet geopolitical optic. Major regional issues were not appraised for their intrinsic nature, but rather as part of a US-Soviet global chessboard. Hence the Vietnam war was all about Russia or China; ditto for Salvador, Guatemala, Chile, Iran, Indonesia and countless other countries in crisis. We never saw the trees for the forest.

But after 1991 there was no USSR any more; it had imploded, stunningly, with hardly a shot fired—surely a first in the annals of collapse of empire. And NATO suddenly seemed to be without a mission.

What to do? Washington and hawkish elements among European politicians sought a new mission for NATO, lest it fall into irrelevancy. NATO was, after all, the key instrument of American influence in Europe.

So the roots of a New Cold War were planted. The US moved swiftly to scarf up into NATO most elements of the former East European Soviet empire including a newly united Germany despite early American promises to Russia that NATO would not expand into the borderlands of the former USSR.

And now we see Russian reactions in the face of this western strategic expansion at Russian cost. The re-absorption of Crimea into Russia sprang most directly from US demonstrated ability to sail warships into the Black Sea to threaten the exposed Russian underbelly there. This was followed by an ugly tug of war between the US and Russia over the geopolitical soul of Ukraine—at one time the cultural cradle of the first Russian state. And Russia took steps to prevent another US folly— efforts to bring Georgia, on Russia’s southern doorstep, into NATO.

Do these Russian actions herald a new era of Russian aggression? First let’s think about the process of dismantling old empires—such as the Austro-Hungarian and Ottoman Empires after World War I. That that process has still not fully stabilized after 100 years; witness Kosovo and Syria. In that same vein, let’s remember that the internal borders within the former Soviet empire were hugely arbitrary, even irrelevant—all these regions were, after all, part of a single country—the USSR. Many “republics” had been bizarrely drawn while others were nominal fictions or even newly contrived. It is hardly surprising that there is some post-Soviet shakedown within these old internal borders delineating the new Russia from the old empire. Whatever they are, they are not the foundations of World War III.

Now, I do not make light of the plight of small countries living on the periphery of Russia—like Ukraine, Byelorus, the Baltic, Caucasus, and Central Asian states. Living next to an imperial power after all is never comfortable. Same goes for those who live next to China, or India. And Mexico, Central and Latin American states have always cringed at a history of constant US intervention, overthrow of regimes and of course earlier, US annexation of Mexican lands. There were even attempts to rip off portions of Canada. “Poor Mexico, so far from God, so close to the United States,” as former Mexican president Porfirio Díaz once quipped.

Of course we cannot completely ignore border power plays undertaken by Russia, China, or other great powers. But these great powers will always have great sway over their weak neighbors. And each case cannot be taken as a testing point of US resolve in a zero sum game. And weak neighbors will always seek distant powers like the US to guarantee their sovereignty. (Would not Latin American states, especially in the past, have welcomed foreign “protection” of their sovereignty against US pressures?)

But today, although neocons in Washington will disagree, it is hard to build a credible case that Russia—under Putin or any likely leader—is gearing up to invade Eastern much less Western Europe. But yes, Russia is determined to maintain regional sway—as other great powers do in their backyards, especially when distant powers intrude. And let’s remember the actual conditions under which Soviet Russia invaded and created most of its East European empire: it came only at the end of a hot global war in which Russia was fighting together with other western states closing in against Nazi Germany in World War II. It was those unique conditions that facilitated Soviet aggrandizement, not sudden aggressive Muscovite ideological whim.

Today we need reconsider the preeminent role of NATO in US policy. Does not its continued existence after the end of the Cold War perhaps serve to generate new tensions with Russia after the Soviet military equivalent, the Warsaw Pact, ceased to exist? All European states know they are going to have to live and work with Russia next door, forever. Small countries on Russia’s border will of course eternally champion NATO; it gives them room for maneuver and they will be happy to drag Europe and the US into a war with Russia any day if need be. But that does not make it good policy for the US. Indeed, none other than Cold Warrior supremo Henry Kissinger remarked just last week at the Gorchakov Foundation in Moscow that “in the emerging multipolar order, Russia should be perceived as an essential element of any new global equilibrium, not primarily as a threat to the United States.”

In the Middle East the US moved swiftly to further justify NATO’s existence through its projection into the post-Arab Spring conflicts, in Libya and Iraq, as well as in Afghanistan (surely a stretch). Washington is now jockeying to create a NATO role in the Syrian conflict—a bad idea that politicizes yet further the tangled geopolitical nature of that tragic morass. The front against ISIS should be truly international, and not part of an anti-Russian military bloc’s agenda.

The much broader question today is not NATO’s indispensability, but rather the extent of US dependance upon military power—and by extension NATO and far-flung bases—as the major instrument to promote America’s place in the world. NATO is a military instrument. It possesses little cultural, economic, or even significant political or soft power. And lacks an enlightened global vision. It is obsolescent.

Meanwhile Eurasia proceeds to develop bold new architecture before our eyes— new roads, rail connections, maritime routes and institutional consultation—all under the roof of the Shanghai Cooperation Organization. It represents a bold new geopolitical skein that is not fundamentally military in nature— although its geopolitical implications could have long run military implications, especially if Washington chooses to treat it as a hostile power bloc.

There may well be a time and place for some defense assistance to some countries (very carefully chosen and not unilaterally.) But are we not hobbling ourselves by primarily promoting defensive alliances against Russia and China while a positive new world is under construction all across Eurasia —one that even Europe is finding hard to resist?