According to the National Review magazine, the prospective USS Zumwalt destroyer has turned into an “unmitigated disaster.” 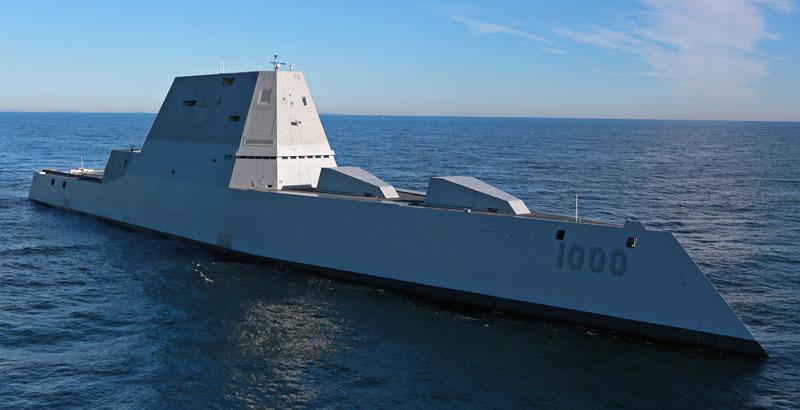 The prospective USS Zumwalt destroyer has turned into a “procurement boondoggle” for the US Navy, and the process of its building is a “gross waste of taxpayer dollars,” a columnist of the National Review magazine, Mike Fredenburg, believes.

In order to prove his point of view, the author gives some figures: initially, each ship of the Zumwalt destroyer program should have been cost “just $1.34 billion and that the whole 32-ship program would come in at $46 billion.” However, by 2005, the Congressional Budget Office (CBO) estimated the cost “of well over $3 billion per ship.” But it was not enough. So, the third Zumwalt, which recently ground to a stop in the middle of the Panama Canal, cost $4.2 billion for the US budget. At the same time, US citizens will have to pay already $7 billion for the next model of the ship.

Fredenburg notes that a multi-million dollar upgrade threatens even ships that have already been launched. He also was indignant at a recent statement of one of the representatives of the US Navy, according to which the upgrading of the destroyer will take a lot of time, and it is “years away from being ready for combat.”

According to the columnist, it was “pretty embarrassing” to watch the “US Navy’s stealth wonder-ship” ground to a stop in the middle of the Panama Canal. Fredenburg believes that the catastrophic situation with the quality of engineering solutions is combined with a totally irresponsible attitude to the budget subsidies. He points out that “absolutely no one has been held accountable for this budget-busting debacle,” while “the lead contractors for the Zumwalt program – Raytheon, Northrop Grumman, and General Dynamics – have received additional hundreds of billions of dollars’ worth of defense contracts – even as costs soared, schedules slipped, and capabilities declined.” However, the US continues to pay, “despite overwhelming evidence the project was a loser.”

The author claims that this destroyer is an “unmitigated disaster.” None of the claimed engineering features of the destroyer had been implemented, and those specific tasks, for which the Zumwalt was designed, can be successfully performed by ships that are already in service in the US Navy, he writes, citing military experts.

Looks like a floating apartment block. The bow will intresting in heavy seas.

Unmitigated dissaster ?? How come the execs made to the richest men of the world list !! I call that a success !!

You dont know? It is actually a submarine.

nice movie worth to watch https://www.youtube.com/watch?v=aXQ2lO3ieBA&t

Well, I’d say the quality of performance is quite fitting, given the people these ships are named after. Lyndon B. Johnson (the next ship), and Admiral Elmo Zumwalt are the people who presided over the USS Liberty affair (and Tonkin Gulf). Since the Navy had the lack of dignity or honour to name these ships after the men who willing sacrificed US sailors and then covered it up, it can only be seen as kharmicly natural that the ships should turn out thus. Cursed by ghost sailors, perhaps?