The National Front for Liberation (NFL) announced a total mobilization against the “aggression” of Hay’at Tahrir al-Sham (HTS) and vowed to repel the radical group’s attack on the Nour al-Din al-Zenki Movement.

“The NFL announces the total mobilization of all of its factions in the liberated areas in order to repel these attacks, deter the aggressor and restore all the occupied areas,” the NFL said in an official statement released on January 2.

The Turkish-backed coalition, which includes the Nour al-Din al-Zenki Movement, called on the local and foreign fighters of HTS to defect or stay away from this battle.

HTS, which was the main branch of al-Qaeda’s in Syria, launched a large-scale attack on the positions of the Nour al-Din al-Zenki Movement in the western Aleppo countryside two days ago after accusing it of assassinating four of its fighters. The radical group managed to capture several areas from al-Zenki, including the strategic town of Darat Izza, without facing any real resistance.

Prior to the NFL statement, an commander of HTS told the Iba’a news network that the group’s attack is against the Nour al-Din al-Zenki Movement only and called on the remaining factions of the NFL to not get involved.

“We call on the factions fighters to not respond to those who want to throw them in a battle … to defend the al-Zenki Movement, whose crimes are well known,” Iba’a quoted the unnamed commander as saying.

HTS’s attempt to keep the NFL away from the battle has apparently failed. However, local observers believe that Turkey will step in and facilitate a ceasefire once the NFL restore all the positions HTS captured from the Nour al-Din al-Zenki Movement.

Sheriff? Then were are their sheriff badges?

That’s an Wollyood desperado from the Treasure of Sierra Madre. It´s amazing how the mexican bandoleros have progressed, thanks to the cocain.

They wouldn’t sell it unless you where smoking it. Take another puff 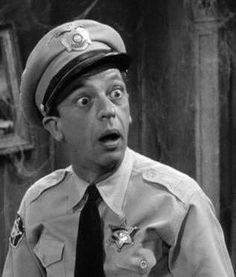 Dep commander of what? What do you know of him?
Also ,when will the Syro Russians take over Turk -held parts of Syria. Astana be damned! Those parts need to come back quickly! Stuff making Erdogan look good.

Joke – just taking a jab at the rabid Grey Wolves.

This is what the Jews are trying to get in place, no withdrawal schedule followed by no withdrawal. Their defeat of Russian equipment with the recent air strikes is what’s driving the back peddling and possible cancellation of the withdrawal. Not wanting to mess with Russian capabilities was a significant part of Trump’s decision to get out of Syria. Now that the Jews are showing that the Russian equipment is powerless to stop air strikes, so far. Trump is being pressured to stop the withdrawal of US forces from Syria.

The Russians should recognize that the Jews are their primary enemy and treat them accordingly.

I hope there will be huge piles of casualties on both sides.

It is always wonderful to see the “moderate” head-choppers killing each other. And they are so extreme in their views that this bloody infighting is inevitable as long as they exist.

HTS is feeling bad about Trump’s decision to quit Syria, Trump is hemmed in and badly needs a motivated base to win back the home crowd from AIPAC, a filthy Christian Zionist organisation dedicated to the 5 th. Christian Crusade taking place in the Holy Lands right now.

I’m not saying HTS are Christians, some are very good Muslims but unfortunately Allah has choked off their thinking apparatus so they be given to express their true allurements, which is for Christian Philosophy.

It doesn’t matter much what is in the Scriptures for thriving Christian swine, they infect others with their philosophicies that have nothing to do with the Gospels, this HTS matrix organisation (horizontally orientated) is what has duped both Abu Jaber and Muhammad al-Julan and is why Tahrir al-Sham is supporting the Christian Crusade to control the Holy Precincts.

There is no other Prophet coming back recorded in the Gospels yet these thieving Christian swine who recognised myself as Jesus Christ well over six decades ago have tortured me every damm day and night trying to force me to enact a Jew Messiah Event, but I was born in 1950 it was Ben Gurion led these pseudo jews back and Ben was a famous Nazi Collaborator.

Atheism might be something for you, that’s my impression after reading this.

I would never have touched Religion wit a barge pole, there was no need to wallow in the muck of sentimental BS but now there is nothing else left.

There was never a crusade started unless it was begun by people like you and Islamo Nazi’s from the time of the peodiphile prick.

What do you know imbecilic neil barron ?.

Don’t be shy little guy, or don’t come as you are, send a friend or servant? put your address up Ziono dog and I’ll break your neck.

Kangaroo Valley in easy to find, let’s have a talk face to face Zino pig, or if you want to discuss from a safe distance come on One Political Plaza I’m RTfriend, Rodney is my first name Terence my second, there’s lots of Zino Nazi swine on OPP to support you but guess what, not one will.

Rod. What is this bullshit about you being Christ? Why does a Jew like you take to Islam anyway? Quit this rubbish.

Samaritans aren’t Jews we come from the other side of the river and you have to have a target audience it’s no use targeting the Jews there are none actually Passover hasn’t been celebrated by Jews since all the Priests were murder xcept for Samaritan Priests and Levites, the Jews destroyed all the records of their Levites, but the Samaritan Levite are OK.

Anyhow I’m a convert to Islam, had to, otherwise I’d be ignored till I die and then these Christian swine with their pseudo jew lookalikes would be able to manipulate individuals using the Holy Ghost forever, can you imagine that !!! Donald Trump to infinity.

I brought the Holy Ghost to Earth the proof was overwhelming from the beginning, but Allah isn’t really interested in saving Christians more like exposing them for being evil unless they convert like me that’s it, their done, which is what is so appealing to my Salafist Brothers and Sisters.

You should rename yourself Shabtai Zevi and become a Turk Kemalist. You must have converted inthe last year or so. I think you were still Jewish a year or so ago.

Samaritans are Hebrews and yes not Jews. Very few real Jews left now if at all. Most are Khazarian Ashkenazim.Samaritans and Arabs are the only real descendants of Abraham left.

No I wasn’t a Jew last year, what happened was it was the year of Allah 2005, I was bringing a load of chopped up wood from my tree lopping business in my truck down to our land in Kangaroo Valley to dump for free, I had converted back to Christianity at that stage from being the Keeper of the Samaritan Faith.

I was calling on people to recognise me as The Taheb (that’s the Great Prophet Moses returning) but no-one was interested so I was retiring to the bush as to be an Anchorite, I actually converted because my son got married to a Christian and we wanted to all be the same Religion he had joined the Army so I wasn’t really needed any more as a tree lopper.

Anyhow my truck had a broken chassy and I was overloaded coming over Cambewarra Mountain actually I was over the edge but fortunately Allah save me and instructed me to stick with the Religion of my son.

However a strange thing happened my son converted to Islam following his wife, so I recited the 6 verses of al-Fatiha and since I became a Muslim everything I prophecied has been verified.

This strange phenomena could be because I found the correct line as the “ancillary mistake” (thay means the mistake might have been necessary, but no one in Heaven really knows for sure about that that), however the mistake happened just after Allah made the paradigm prophecies with Fate and Space which was just before the beginning of time.

Now, !! because I know what went wrong and how to correct it I am very important.

But even so I’m not the Seal of the Prophets don’t forget I was before Prophet Muhammad so Allah must have know Christianity was going to betray me even before the Qur’an was sent down.

Your son married a Christian woman who then turned Moslem and then he changed to that as well. Rod ,you need to leave this poison and go back. Go back to Judaism or Samaritanism but leave this Mohammedism alone!

You are not Jesus or Taheb.If you were, you would have stopped these fcucking wars. Jesus would never have asked for rivers of blood as Mohammed did. Wake up!

That’s the cause of all the wars, and it happened because the purpose of my mission was being convoluted by fate basically because fate wants everything to end, that’s where the end time Christians set their ideas from, ie. israel.

Haha. Stupid and bloodthirsty Americans wanted to fool all the sheeple and to a degree really did.

So ,exAmerican Presidents ,when can I expect you to move those Moderate Headchoppers into YOUR neighborhood!

Kill them all. Nothing to say else.