The Israeli Defense Forces (IDF) announced on August 7 that it had shot down a drone along the separation line with Lebanon.

In a statement, the IDF said its units identified, monitored, and downed a drone that infiltrated into northern Israel along the separation line. The army is currently searching for the drone’s wreckage.

“The IDF continues to maintain a high level of readiness to defend Israel’s northern border from any threat,” the statement reads.

The incident came amid high tension between Israel and Lebanon. The IDF is expecting an attack by Hezbollah, which lost a fighter in the July 20 Israeli airstrikes on the Syrian capital, Damascus. The Lebanese group usually responds to Israeli attacks on its fighters within a few weeks.

The IDF reinforced its units in northern Israel with elite troops and advanced weapon systems over the last two weeks. The army also limited military and civilian movement along the separation line with Lebanon.

Hezbollah has reportedly taken the decision to response to the recent Israeli strikes. The Lebanese group’s response will likely be limited. Nevertheless, it could lead to an escalation.

Did you maybe shot your own drone or no drone at all and playing victim only?
It is not the first time that you do that.
You even present yourself as victim against Palestinians…

Israel as country can not be trusted about anything ever.

I trust in Heinz Kissinger, who predicted the end of this experiment in 2022.

You mean the end of Lebanon, sponsored by Iran and hezbollah.

like I care about people who trust Kissinger or his words…

Israel is exposing itself as a paranoid weakling. It is petrified of Hezbollah.

Keep lying to yourself.

Hezbollah has really rattled the Zionist land squatters. It is not a country but an industrial scale land theft of Palestine.

The Lebanese president just confirmed that foreign action hasn’t been ruled out as the cause of the Beirut blast and is now considered the most likely possibility. Of course the Zioterrorist swine from the Rothschild neocolony in Palestine rushed to deny any involvement fearing a Hezbollah response but Hezbollah also rushed to deny any foreign interference and that’s only good if there’s strategic action to take.

Iran should offer not just humanitarian aid but military assistance in the clarification of this event’s causes.

I have explained in detail from get go that this was a CIA and
Zionist joint terrorist operation with Phalangists and their main chief
cunt was killed in the port after placing the explosives as his black
Ranger Rover and dozen agents were killed.

Maybe they tried to produce a moderate explosion, like the ones in Iran. But the thing got out of hands and a disaster has ensued. Now they are trying to distance themselves from this massacre.

It is obvious that the ziopaths are behind a string of sabotages in the last month.

Has everybody seen this video showing a missile hit the port. It was uploaded yesterday & removed. The same day Reuters does a FACT CHECK.

I can smell a nuke from 5km distance when I see one on internet in my basement.

Fucking Hezbollah are testing our patience, if any IDF soldier is hurt it’s time to turn the other half of Beirut into ruins. Lebanese can thank Hezbollah for it.

I guess Lebanese will thank you for it. And also for the destruction of the first half of Beirut.

First half wasn’t us, but rest assured in a war the other half will be us, along with the rest of SL. They are pushing us, 2006 was only 5% of our firepower and look what happened to them.

it appears to be Israel’s war against Gaza very soon :P

Israeli believes “pigs can fly” as long as on-one is watching.

nah the jews will be forced to run for their friggin useless lives.

It will be alot worse for them than us.

The Lebanese can handle a lot worse than your kind ever can.

All funded by deadbeat Americunt taxpayers.

As long as they dont disturb our cappucino its ok.

Not really, 100 million have no jobs and 200,000 are already dying of Pimpeo virus created by the CIA. Could not have happened to nicer people :)

Nothing mysterious about it, Hezbollah is freaking out the cowardly Zionist cunts.

Jews are delirious and suffer from late-stage hallucinatory syndrome.

they know that they’re at the end of their terror regime and that they shortly will be running for their lives.

Israelis are scared off their own shadow.

The fear of Hezbollah is freaking out the Zionist cowardly arseholes.

I will not rule out that some foreign intervention was not involved in the nuke ooops fertilizer attack on Lebanon other than saying that if it happened it happened because of peace and in defense of freedom.

during the vietnam war the following song was popular ‘kill kill for peace’ – can’t miss since it encapsulates the mindset of the disjointed morons in the white house till today all the while repeating for democracy, for liberty and for humanity – how pervert is that.

It was obviously a planned attack.

PressTV: (Israel says sirens sounded in false alarm, then claims downing drone)
https://www.presstv.com/Detail/2020/08/07/631269/False-rocket-alarm-sounds-in-northern-Israel-along-Lebanon-border
“According to the military, the troops were conducting searches in the area, but there was no indication they had found any traces of the allegedly downed drone.
The incident seems to be similar to what happened last week, when Israel claimed to have thwarted an infiltration by Hezbollah, which the resistance movement rejected.
Hezbollah said the claims were “all aimed at fabricating spurious and fictitious victories” to uphold the morale of Israeli troops.”
Clowns show of IS-real state.

A lot is happening,
China’s defense minister warns US over ‘dangerous moves’
https://www.presstv.com/Detail/2020/08/07/631260/China-US-tensions-Taiwan-Mark-Esper–Wei-Fenghe-

Lebanon: “Nasrallah: Hezbollah knows more about the port of Haifa than the port of Beirut.”

Image if the link didn’t work: 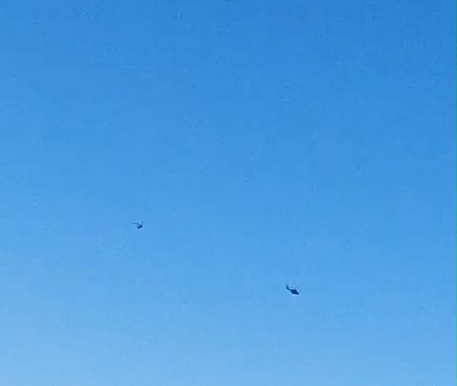