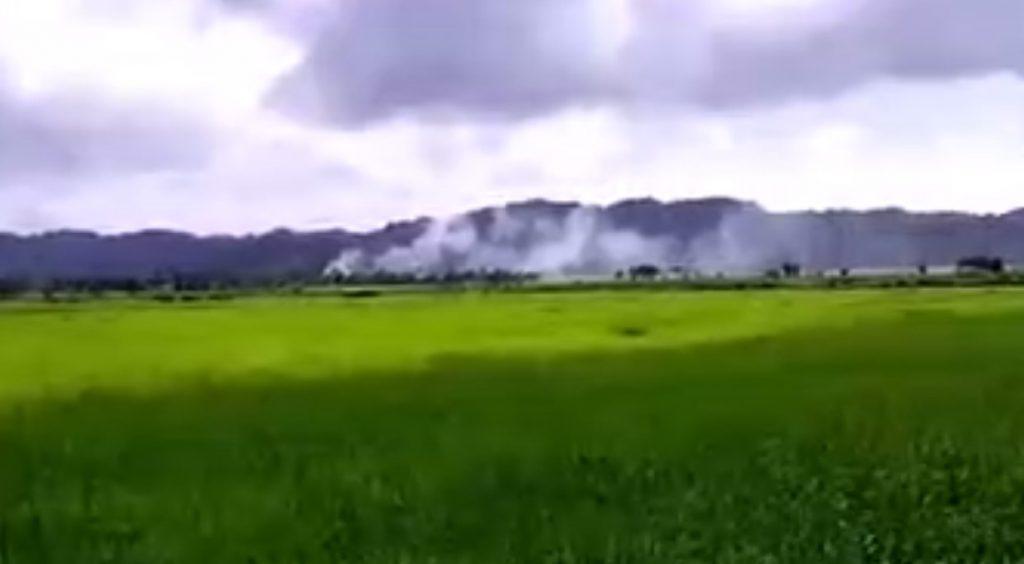 A screenshot from the video showing the site

Since Friday, Myanmar soldiers have reportedly killed a large number of Rohingya Muslims under a pretext of responding to attacks against the country’s border posts.

Hundreds of Rohingya villagers fled from Rakhine province in northwestern Myanmar to Bangladish borders since the violence intensified.

At least 100 people lost their lives, according to reports.

There are still no confirmed reports about the possible casualties because the media is not allowed in the area.

The deployment of forces and military equipmet to north and west Myanmar indicate a high intensity of the clashes.

Noor al Islam, head of the Arakan Rohingya National Organisation based in London said that an independent commission should be set up to examine the killing of Muslims in Myanmar, as well as to implement recommendations of the UN in the area.

Myanmar security forces did nothing wrong!

“Noor al Islam, head of the Arakan Rohingya National Organisation based in London”

What, the UK regime is once again supporting jihadists? https://images-na.ssl-images-amazon.com/images/I/41maY%2BYcXdL.jpg

“Arakan Rohingya National Organization , based in London ” , ( likely similar to the Syrian one man “observatory” ) would like to claim the Burmese are to blame for the Islamic invaders from Bangladesh . As if the “Rohingya Freedom Army” and their attacks on the Myanmar government forces had no relation to the counter attack .

The headline: “Rohingya Muslims”, buried in the text: “Rohingya Muslims are a core of the militant group named “the Rohingya Freedom Army””. The article is clearly misleading, painting the assault as an attack on innocent muslims when in fact it was a counter-attack on murdering terrorists.

they killed civilians. and this army was created as answer to brutalities of myanmar military regime.