Obama’s loyalists from the CIA intend to bring down the Trump’s administration. 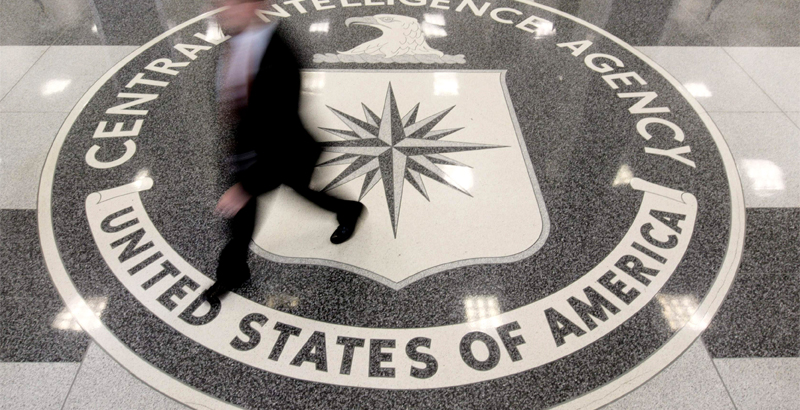 The Central Intelligence Agency (CIA), which was filled with Obama’s loyalists by its former Director John Brennan, a clear Muslim sympathizer, intend to bring down the Donald Trump’s administration, which needs to be as concerned about the CIA as the National Security Agency (NSA), if it intends to find anti-Trump leakers, the Info Wars information website reported.

As the website reminded, a private security company of John Brennan was responsible “for the breach of State Department files which sanitized the passport records (still never seen by the public) of presidential candidate and then-senator Barack Obama prior to the 2008 presidential election.”

On March 21, three unnamed contract employees of the US State Department, two of whom were members of Stanley, Inc., a security firm, headed by former CIA agent John Brennan, were disciplined for breaching Obama’s passport files. Then, Brennan was serving as an advisor on intelligence and foreign policy to Sen. Obama’s presidential campaign.

Brennan, who was an undergraduate at the American University in Cairo and fluently speaks Arabic, is known as a Muslim supporter. In his speech on August 9, 2009, the former CIA director tried to legitimatize the term “jihad,” claiming that it is not the advocacy of violent Islamic terrorism, but an internal moral struggle of peaceful introspection.

The Muslim Brotherhood in Egypt was supported by the Obama’s administration, when Egyptian President Hosni Mubarak was ousted during the “Arab Spring,” and Muslim Brotherhood-backed Mohamed Morsi was elected as president on June 30, 2012.

Current Egyptian President Abdel Fattah al-Sisi has criminalized the Muslim Brotherhood and ordered to eliminate its members, who got positions in the parliament and the government under Morsi.

However, the CIA, which is full of Brennan’s loyalists, still continues to support the Muslim Brotherhood.

On February 8, the Politico magazine reported that the Trump’s administration is going to declare the Muslim Brotherhood a foreign terrorist organization despite claims of CIA analysts, according to which it “may fuel extremism” and damage relations with US allies.

The magazine quoted an internal document of the CIA, dated by January 31, according to which “a minority of Muslim Brotherhood members have engaged in violence, most often in response to harsh regime repression, perceived foreign occupation, or civil conflicts.”

“MB [Muslim Brotherhood] groups enjoy widespread support across the Near East-North Africa region and many Arabs and Muslims worldwide would view an MB designation as an affront to their core religious and societal values,” the document reads. “Moreover, a US designation would probably weaken MB leaders’ arguments against violence and provide ISIS and al-Qaida additional grist for propaganda to win followers and support, particularly for attacks against US interests.”

Brennan’s spokesman said that the former CIA director, was “deeply saddened and angered at Trump’s despicable display of self-aggrandizement,” when the US President delivered a speech in CIA headquarters before the agency’s memorial to CIA officers, deceased in the line of duty.

Brennan criticized Trump’s approach to national security, saying that the US President should not be “talking and tweeting” without understanding Russia’s threat to his country.

“Now that he’s going to have an opportunity to do something for our national security as opposed to talking and tweeting,” Brennan told Fox News on January 15. “He’s going to have tremendous responsibility to make sure that U.S. and national security interests are protected. I think he has to be mindful that he does not have a full appreciation and understanding of what the implications are of going down that road.”

Bullshit story. Where was the editor on this one? At the very least it should be marked “Opinion” NOT “Report”.

Under estimate the enemy , at your own risk not America’s , John Brennan is a traitor and should be charged.

So, what exactly are you saying? You agree or not? I do agree that whomever is leaking this information and who has leaked to the press information in the past, should be prosecuted to the fullest extent of the law – And that includes General Petraeus! The same people criticize Snowden as a traitor. Snowden never tried to bring down the Commander in Chief who won an election fair and square.

Agree that whoever is leaking this information from the intel agencies to the press is traitorous and should be charged . The President , like him or not , is the Commander and Chief , and it is the sworn duty of these agencies to report to him . Not to use the information to destroy the President behind the cover of anonymity . More than that , Brennan abused his power as CIA Director , and promoted Obama (a CIA asset ) , who became President eight years ago . Then he a Wahhabi Sunni , Obama a Wahhabi Sunni , and Huma Abedin ( State Dept.) a Wahhabi Sunni , worked together to promote the Saudi Arabian policies in the Middle East . That is treason , and for that he should be charged . See : Dr. Steve Pieczenik on Utube “The American Republic Has Been Restored” , and others by him .

I’m with you on the 1st part – The conspiracy bit about Obama, nah. Sorry!

Add “The Moslem Brotherhood Did It” to “The Russians Did It!” More smoke in our eyes!

Consider all that’s come out about the US and CIA’s relationship over the past 35 years to Al Qaida, ISIS and “Islamic terrorists” in general – and the American billionaire class’ role in creating the chief sponsor of “Islamic terrorism”, Saudi Arabia, over the past 100 years. Then ask yourself the question “who controls whom?”

It’s my understanding that the Muslim Brotherhood were nearly wiped out in Egypt under Nasser in late 1950’s – they were trying to assassinate him – their members were interned and tortured – except the CIA aided those able escape Egypt and organized their sanctuary, initially in Saudi Arabia. The CIA considered the Egyptian based Muslim Brotherhood as a useful tool against Nasser and his pan Arab nationalism, so saved remnants and supported them. It was early example of CIA getting involved with Sunni militants as their terrorist allies against regimes they sought to overthrow. So CIA has long history with Muslim Brotherhood – and they certainly knew the Muslim Brotherhood were the core element in initial armed insurrection against Syrian state back in 2011, and once again CIA backed their old associates.

About 1 in every three Americans already know this these days. Americans today are two-three times more intelegenct then they were a mear eight years ago. https://www.youtube.com/watch?v=lMGoaPc7J2w

Knowing who is the enemy . A problem for America because in general they have no knowledge of Islam . So even Flynn , does not really know the difference between Sunni and Shia , never mind the difference between Sunni and Wahhabi Sunni . For the last 16 years American foreign policy was hijacked by John Brennan . He converted to Wahhabi Sunni Islam in the 90’s in Saudi Arabia . Obama , was one of his “assets” , and another Wahhabi Sunni . In the State Dept., Huma Abedin , personal aid to Hillary Clinton , was a member of the Muslim Sisterhood , funded by the Saudi royal family , another Wahhabi Sunni . Al Qaeda , ISIS , the Taliban , Boko Haram , are all Wahhabi Sunni jihadists . John Brennan’s White House has been very good at pointing to Iran as the enemy . Iran is fighting as we speak beside US forces in Iraq against ISIS , it is not the enemy , Saudi Arabia is .