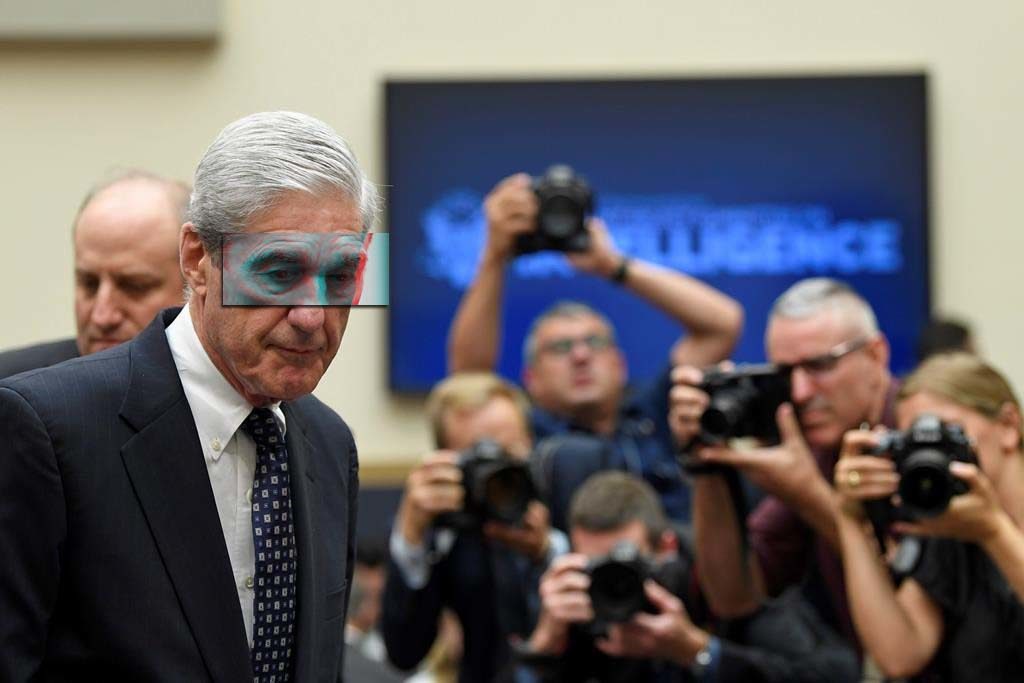 On July 24th, Special Counsel Robert Mueller stood before the House Judiciary Committee and gave a testimony on his investigation and report on the alleged meddling by Russian agents in the 2016 US Presidential Election and the possible collusion US Donald Trump and his campaign had with them.

The hearing was almost entirely focused on the possibility of impeaching US President Donald Trump, with Russia being largely unmentioned, more or less the focus shifted on criminal obstruction of justice.

The question that was repeated numerous times by various Democratic senators was about it.

“Can you charge Donald Trump with criminal obstruction of justice?”

To which Mueller repeatedly retorted that you could not indict a sitting president.

Mueller’s testimony about a past president’s obstruction of justice charge came during in an exchange with Republican Rep. Ken Buck.

“Could you charge the president with a crime after he left office?” Buck asked Mueller.

“You believe that he committed — you could charge the president of the United States with obstruction of justice after he left office?”

The entire charade which was the hearing appeared as two separate hearings:

Comment: They completely failed, since Robert Mueller’s most frequent answers were three “That is generally correct”, “That is an area I cannot get into” and “That is accurate.”

Due to time constraints and due to those asking having concerns of Mueller saying something he shouldn’t he was given no chance to elaborate on any question.

Comment: Republicans were legitimately disappointed in Mueller, in mostly that he failed to exonerate Trump. That wasn’t his job to begin with. A prosecutor doesn’t need to prove the defendant is innocent, its his job to prove that he’s guilty. Now, Mueller did fail to achieve proving Trump was guilty.

.@mattgaetz after the hearing: “I found Director Mueller intellectually disheveled, frequently confused and highly evasive on basic questions about the activities of Russians and their commingling of interests with people associated with Democrats.” @MyNews13 @BN9 pic.twitter.com/saxW8nAHp9

Throughout the entire hearing, Robert Mueller, at 74-years-old appeared as a shaky old man, who was struggling to hear the questions he was asked, or the urgings to read a specific citation from a page of his report. And this doesn’t mean that he’s senile or anything of the sort, it more than anything meant that he was fully aware that the testimony was a facade – both the Republicans and Democrats wanted to prove or allege things that weren’t central to the report, and he had no patience for that.

At one point, Mueller seemingly contradicted himself (and the report) when he told Georgia Rep. Doug Collins, the ranking Republican member on the committee, that collusion and conspiracy were not the same thing.

The report itself, interestingly bases many of its claims on MSM – it cites:

These are the most frequent, there’s others unmentioned.

Mueller repeatedly said that the Office of Legal Counsel (within the Justice Department) gave guidance that a sitting President cannot be indicted.

That contradicts repeated assertions by Barr that the OLC ruling was not the only reason that Mueller didn’t indict Trump. It also seemingly contradicts a May joint statement from spokespeople for the special counsel’s office and the Department of Justice that said this: “The Attorney General has previously stated that the Special Counsel repeatedly affirmed that he was not saying that, but for the [Office of Legal Counsel] opinion, he would have found the President obstructed justice. The Special Counsel’s report and his statement today made clear that the office concluded it would not reach a determination — one way or the other — about whether the President committed a crime. There is no conflict between these statements.”

The only time during the 3-hour testimony Mueller actually “sparked to life” was when Florida Republican Rep. Greg Steube attacked the political affiliations of the lawyers who worked for him in the special counsel’s office.

Mueller said that at no time in his 25 years of doing just this sort of thing had he “had occasion once to ask somebody about their political affiliation. It is not done.” This was a pushback at Trump, too, who kept alleging that Mueller’s office staff had connections to Hillary Clinton and other Democrats.

It was NEVER agreed that Robert Mueller could use one of his many Democrat Never Trumper lawyers to sit next to him and help him with his answers. This was specifically NOT agreed to, and I would NEVER have agreed to it. The Greatest Witch Hunt in U.S. history, by far!

When Trump leaves office in 2020, or later if he’s re-elected, it will be interesting to see if he will be charged with obstruction of justice, until then, however, the confused and somewhat disinterested Mueller from the testimony appears to have spent 3 years and millions of dollars in vain.

Finally, it should be noted that MSM has made the broad public used to fitting the facts to the narrative until it makes sense, but Mueller appears to have actually attempted to construct a picture based on what he could find. The result, however, appeared unsatisfactory for many.

Indeed, there are questions around every aspect of Mueler’s Report and his testimony.

Readers may enjoy this just-posted analysis:

A lot of commotion without any motion.