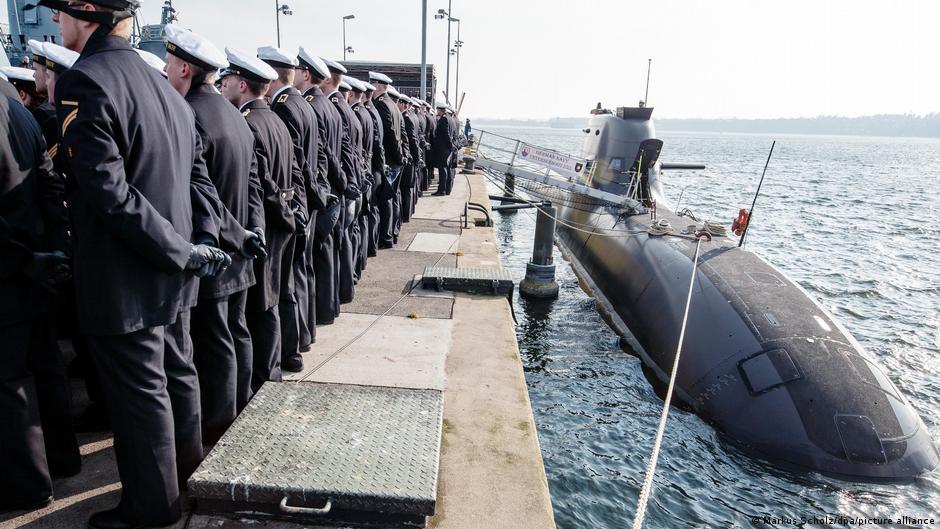 A navigation system of Russian origin called Navi-Sailor 4100 has been installed on at least 100 vessels operated by Germany’s military, including submarines, since 2005.

This “scandal” was reported by mass-market newspaper Sunday Bild.

The report adds that in the summer of 2020, the German Office for the Protection of the Constitution warned that maritime navigation systems would open up “attack vectors for espionage and sabotage by foreign states”.

“Transas was founded in St. Petersburg in 1990 and is active in both the civil and military sectors: Transas equipped the Russian fleet with combat simulators and received an award from the Chief of the Russian General Staff, General Nikolai Makarov.In 2018 the company was bought by the Finnish company Wartsila, but the armaments division remained in Russian hands.

Former Transas engineers are now developing combat drones for the Russian military. Because of its close ties to the Russian security apparatus, this part of Transas is in the focus of Western intelligence services, according to security experts.”

It should be noted that despite attempting to seek a massive conspiracy, the company that holds Transas is owned by Wartsila, a Finnish company.

“Marine onboard equipment & data services are used on more than 13,000 commercial vessels and patrol boats of naval and Coast Guard fleets from over 100 nations,” according to Wartsila.

It should also be added that the Bild reported that if Russia were to invade, and it has allegedly practiced it, since during maritime exercises it comes near German waters, then Berlin is doomed, in a row of heavy fearmongering.

In the event of a cyber-attack, navigation data could be tapped and manipulated, “in the worst case up to the complete loss of functionality” of the ship.

Used widely on civilian ships, the Navi-Sailor system was fitted, during the chancellorship of the Social Democrat Gerhard Schröder, Bild reports.

He is currently the chairman of the board of directors of the Russian company Gazprom’s Nord Stream 2 Baltic Sea pipeline project.

Subsequent governments, Bild reports, also decided to install the navigation system on two German submarines: the U35 and U36, launched in 2015 and 2016, respectively.

These German-built 212A-class submarines, billed as highly maneuverable and quiet and elusive for long periods under water, use a mix of hydrogen cell, diesel and battery propulsion and are fitted with six torpedo tubes.

In the above Twitter post, Tobias Lindner, the top Bundestag representative for the opposition Greens on the German parliament’s defense committee, voiced alarm following Bild’s report.

“The Bundeswehr must ensure that the navy’s navigation software does not represent a security leak. The ministry must quickly explain why software from a manufacturer in NATO countries is not being used,” Lindner said.

Such engines and technology would have been of “great military importance to Russia” but would “clearly be contrary to the best interests of the Norwegian and allied security policy,” according to the government.

TMH Group is a privately owned company headquartered in Russia that makes locomotives and rail equipment. As it appears, such concerns are largely overestimated.

There is nothing wrong with that. World countries should cooperate. Russian long awaited MALE drone Orion has an Austrian engine Rotax, for example. Nothing wrong with cooperating with others.

so far so that specific country you’re cooperating with doesn’t have military agenda against you! and would be trustworthy enough to not use or sell the backdoors/weakpoints of the hardware/software they’re giving you. other than that it would be stupidity atleast on military equipments…

Surely a US navigation system should have been the right choice for the German Navy?

The same consequences that Russia is accused of also apply to systems, data supplied by the US/UK.

Jens is too busy getting his next LSD dosage from the street corner.

The Krauts became peaceful, gay and globalist, they don’t even need an army.

Berlin was even worse in the 1920s, look how that turned out. lol

Oy gevalt… I think I will faint…

Russian ships arent colliding with container ships. So I think its a wise decision.

They should be more worried about Intel chips from Israel and MS OS. Wide open back doors, virus enabled, then disabled.

well in case of war GPS and CELL SATS will be among the first targets taken out. any nav system can be hacked, spoofed or knocked out with EW. this is more of a ploy to take away another Russian made item from the global market.