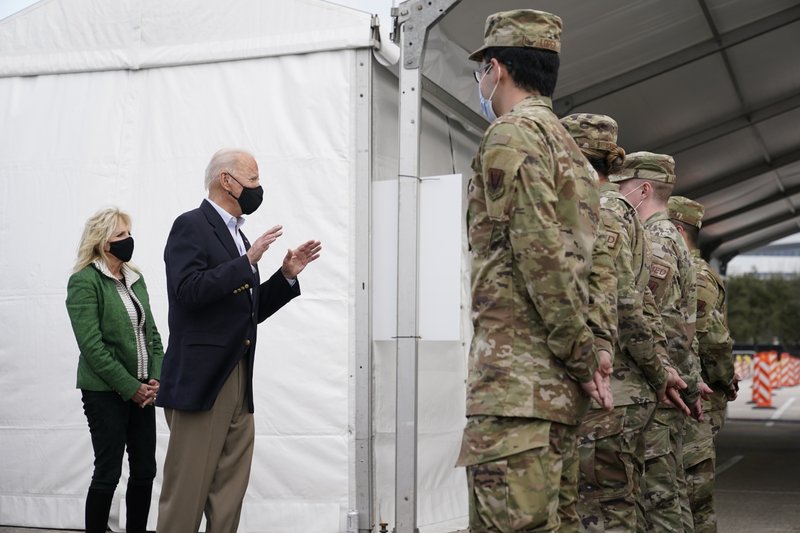 On February 26th, US President Joe Biden ordered a strategic strike on pro-Iranian groups on the border between Syria and Iraq.

US Air Force F-15 Eagle fighter jets dropped 7 GPS-guided bombs on the position. It was a “shot across the bow” and a sort of warning to Iran.

It was also at a very strategic location – somewhere that the Syrian Arab Army and President Bashar al-Assad had failed to consolidate power ever since 2014. So that an escalation is avoided with the Syrian government.

Syrian and Russian forces are not deployed where U.S. jets struck last night. They have not been there for nearly a decade.

This is, of course, hailed as a genius move, especially compared with former US President Donald Trump’s strikes on Syria.

In April 2017, Trump approved a Tomahawk cruise missile strike against Syrian President Bashar al-Assad’s government after alleged chemical weapons were used to kill Syrian civilians. There is still no proof of that.

Fifty-nine Tomahawk missiles were launched from two US warships to destroy an airbase used the Syrian military.

One year later, Trump approved a second Tomahawk strike to destroy an alleged chemical weapons production facility. French and British forces joined in that effort, as well. U.S. warships in the Red Sea and the Persian Gulf launched missiles into Syria.

The April 2018 strike marked the combat debut for the Virginia-class submarine. USS John Warner launched six Tomahawks from the Mediterranean into Syria.

And in what appears to be the crown difference, according to MSM, between Trump and Biden:

The Virginia-class submarine dove and prepared to sink any Russian warships should they take action against any U.S. Navy ships in the area including one that was acting as a decoy and didn’t launch missiles into Syria.

The decoy part has never been revealed, the time had come 3 years later.

Those two strikes in April of 2017 and 2018 were the first time the U.S. military has struck Assad’s forces in Syria after critics said Obama backed down from enforcing his red line on chemical weapons.

Still, Obama, carried out so many more strikes on various targets throughout the Middle East.

A better comparison for this week’s strike in Eastern Syria is when Trump approved the U.S. military to launch airstrikes in that same area in December 2019 when an American contractor was killed in a rocket attack in Iraq days prior.

What is the proper pronoun for the tomahawk missiles that Joe Biden launched at Syrians last night?

The entire MSM narrative regarding the strikes by Trump and Biden is this – Trump was willing to allegedly cause a large escalation, while Biden simply struck one of the most low significance locations, so as not to cause to any further issues.

I too am exceedingly impressed….however, let us give credit where due….surely one sees influences of Tommy’s own logos and advizes in these acts of refulgent excellence on the part of the Biden genius.

They are all part of the same gang of thieves and scammers, it is obvious that they support each other, Trump was also a thief and a scammer but he was not part of their gang of misanthropic globalists.

most media is excessively abbreviated and selective; US media qualifies as journalism as much as arsenic does medicine