A Russian woman allegedly worked as a spy in the US embassy in Moscow for more than 10 years before being discovered, the Guardian cited an anonymous US intelligence source.

The Russian national was hired by the US Secret Service and allegedly had access to the agency’s intranet and email systems, thus allowing her insight into highly confidential material including the schedules of the US president and vice-president. She was dismissed from her job in summer 2017 over allegations of her ties to Russian intelligence. The capacity in which she worked in the embassy or her responsibilities have not been revealed.

The Guardian reported that the woman came under suspicion by the US Department of State’s Regional Security Office (RSO) in 2016, the year of the US elections that were allegedly swayed in Trump’s favor by Russian meddling.

The RSO, according to the anonymous US intelligence source, cited by the Guardian, discovered that the employee had “regular and unauthorized meetings” with representatives of the Russian Security Service (FSB). Furthermore, reportedly US State Department officials waiting until January 2017 to alert the Secret Service, who did nothing to handle the situation they were presumable aware of.

According to the Guardian the CIA and FBI have launched separate into the case at that moment.

After the discovery she had her security clearance revoked before a large number of US embassy staff were expelled, on Kremlin orders, after the imposition of sanctions by the US. A total of 750 of the 1,200 employees left the embassy.

The Guardian, citing its anonymous US intelligence source, reported: “The Secret Service is trying to hide the breach by firing [her]. The damage was already done but the senior management of the Secret Service did not conduct any internal investigation to assess the damage and to see if [she] recruited any other employees to provide her with more information.”

Mason Brayman, a spokesperson for the US Secret Service, cited by TASS, said “At no time, in any US Secret Service office, have FSNs [Foreign Service Nationals] been provided or placed in a position to obtain national security information.”

In a response to the paper, the US Secret Service dismissed the report that a Russian employee in the US embassy in Moscow had access to secret data. The statement was as follows: “On Thursday, August 2, 2018, The Guardian published an article by Nick Hopkins entitled, Exclusive: ‘Suspected Russian Spy Found Working at US Embassy in Moscow.’ The article is wrought with irresponsible and inaccurate reporting based on the claims of ‘anonymous’ sources.”

The US State Department, cited by the RT, refused to provide comment regarding “personnel matters,” also elaborating that if there was a discovery of an employee who is in breach of security guidelines, the department shall take “appropriate action in appropriate time.”

This new spy story comes while Russian gun rights activist, Maria Butina is awaiting trial in the US. She is persecuted following charges of acting as an unregistered agent of the Russian government. Robert Driscoll, Butina’s lawyer, was cited by RT describing her case as “a misuse of Foreign Agent statute.” He condemned mass media for exploiting her case as clickbait by portraying her as a “spy.” According to his words she has not been accused of espionage in any of her court papers.

Earlier in the year, on February 16th, Special Counsel Robert Mueller indicted 13 individuals and three organizations in Russia with the alleged meddling in the US presidential election in 2016.

US President Donald Trump and his campaign members continue rejecting allegations of any collusion with Russian officials during and leading up to the 2016 election campaign. Moscow also completely and repeatedly refutes any allegations about attempts to influence or meddle in the US Presidential election. 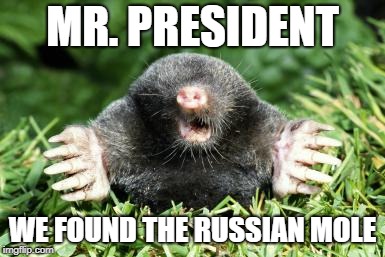 Guardian of israel is quoting an anonymous US intelligence source – BS!
A Russian national worked in the US Embassy and got access to sensitive computers -BS!
Meddling in US elections – BS!
People awaiting BS trials!
Beat up story.