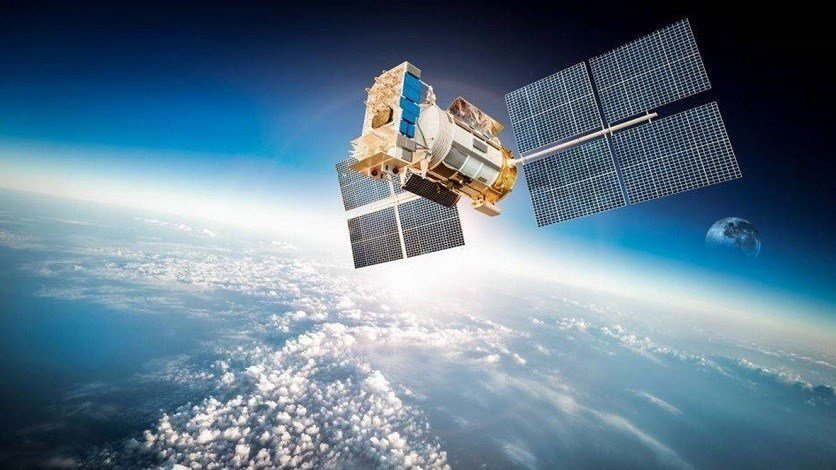 Beginning around June 10th, MSM was flooded with reports that Russian plans to supply Iran with satellite technology.

The latter will then be able to hack various sensitive military facilities of its adversary states.

The plan would deliver a Russian-made Kanopus-V satellite equipped with a high-resolution camera which could be launched from Russia within months, the Washington Post said.

The satellite would allow “continuous monitoring of facilities ranging from Persian Gulf oil refineries and Israeli military bases to Iraqi barracks that house U.S. troops,” said the paper, which cited three unnamed sources – a current and a former U.S. official and a senior Middle Eastern government official briefed on the sale.

The satellite would feature Russian hardware, the Post said, “including a camera with a resolution of 1.2 meters — a significant improvement over Iran’s current capabilities, though still far short of the quality achieved by U.S. spy satellites.”

In February, General Designer of the BARL Research and Production Corporation Valery Labutin, whose company agreed with the Iranians to create a complex for remote sensing of the planet for them, said that the device would be launched in the summer of 2021.

US administration officials and US allies in the Middle East fear that the Earth observation satellite, which Russia, according to the agreement, will launch for use by Iran, will give the Iranian side an unprecedented ability to track military targets in the region, according to the Washington Post.

In the interview he was asked the following question:

“In the U.S. it’s reported that Russia is preparing, perhaps within months, to supply Iran with an advanced satellite system, enabling Tehran to track military targets. Is that true?”

To which Putin said that these reports were nonsense, through laughter.

“No. No. We don’t have that kind of programs with Iran. No, it’s just nonsense all over again, yet again. We have cooperation plans with Iran, including the military and technical cooperation. And all of this fits the framework of the decisions that were agreed upon in our program in regard to Iran’s nuclear program in the context of U.N. decisions together with our partners in the preparation of the JCPOA whereby some point sanctions, including in the area of military and technical cooperation, should be lifted from Iran.

We have certain programs which — concern conventional weapons, if it gets that far. However, we haven’t even gone to that stage yet. We don’t even have any kind of real cooperation even in the conventional weapons area. So if — if anybody is — inventing something regarding — modern space-based technology, this is just — plain fiction. This is just — fake news. At the very least, I don’t know anything about this kind of thing. Those who are speaking about it probably know more about it. It’s just nonsense, garbage.”

Then interviewer Keir Simmons asked whether giving such satellite technology to Iran would be dangerous, as it would be able to track US servicemen in the Middle East, also help the Houthis in Yemen.

To which Putin, once again, said that situations that don’t exist don’t need a comment.

“Look, why are we talking about problems that don’t exist? There is no subject for a discussion. Somebody has — invented something, has made something up. Maybe this is just a bogus story so as to limit any kind of military and technical cooperation with Iran.

I will say once again — this is just — some fake information that I have no knowledge about. For the first time I’m hearing about this information from you. I — we don’t have — this kind of — intentions. And I’m not even sure that Iran is even able to accommodate this kind of technology.”

He then said that Tehran didn’t have the capability to adopt such technology, as it was very high-end.

A real pity that the story is not true. Why should Iran be the only country in the region who is blind when Israel acquires and then uses targeting info from satellites on a weekly basis in Syria? Iran likes to be able to build their own equipment because they have been thrown under the bus way too many times. Maybe the Russians are providing some technical components or support for Iran to build their own satellites and that started this rumor.

Unfortunately your “maybe” is wrong,

There is the “consensus of balance of power in ME” which means Israel must have upper hand in regards to military power,

The story I think came from WSJ a few weeks back…so yea there was that and Putin after few days said, NO.

The same Jew propaganda-media (MSM) that sold the “WMDs in Iraq” lie, amongst innumerable other lies.

I wouldn’t believe them if they told me the sky was blue.

Russia is learning jew maggits are a US tool not US is a jew maggot tool, big difference if US is out to get you, the homosexual Sid Loder never worked it ou was too buisy playing the fool, bit like all Russian leaders except Stalin.