The previos part is here 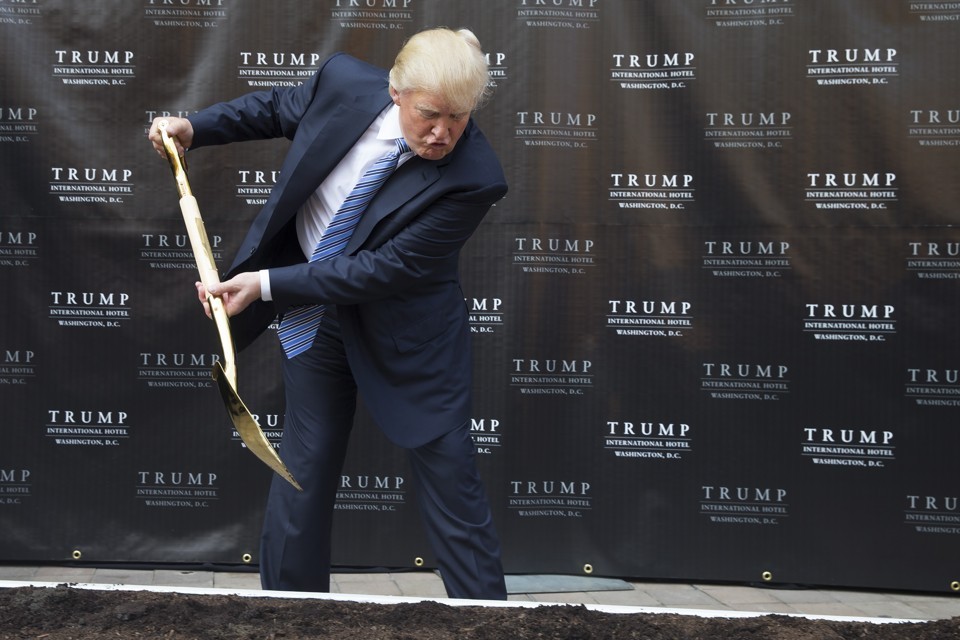 The US President addressed the UN.

We’ve been waiting for it too long. You know, got fresh popcorn and placed aromatic candles all around home.

Mr. Trump’s speech brought us two news. Both are so-so.

Delegations around the world had to enjoy the Mid-west pastor for as long as 30 minutes.

For some reason he began by praising himself. Of course, I understand that the most unpopular president in the history of the United States has a hard time, but good manners have not been canceled. You cannot do this kind of stuff from the starting point.

Market indicators “break records”, unemployment has fallen to the minimum for 16 years.

The last major success for the main support group in his homeland: the US intends to increase its military spending to $ 700 billion.

Supposed to be chilled shower for the majority of UN guest hall.

“The US — peace-loving country” was repeated three times with 2 minutes pauses by the president, but he promised to fight all enemies at the first inaccurate movement from North Korea’s side.

“The United States has a lot of patience, the US is strong, but if we are forced to defend or defend our allies, we will have no choice but to completely destroy North Korea. The US is ready, tuned and capable, but they hope that this will not be required.”

The head of the White House called the permanent visitor of Japanese Disneyland: “a man-rocket who launched a suicidal mission.”

And then add: “They must immediately abandon the nuclear program”.

More interesting, however, is the second circumstance of the speech: modern definitions of state independence and human rights.

According to the President, the US does not intend to impose its ideology on other countries and above all place the principle of sovereignty.

At the same time, the North Korea, Iran, Venezuela and Cuba in a broad stroke were inscribed in the Axis of Evil. A gray-haired businessman urged the peoples of these countries to fight against their authorities (!) From the heights of the United Nations podium.

BUT the international community should fight against threats to national sovereignty – “from Ukraine to the South China Sea”.

A separate accusation was deserved by the UN Human Rights Council, which “including countries that allow gross violations in this area.”

Let me remind you that the most important postulate against the Human Rights Council in its current configuration in the opinion of the American administration has been for many years… an unauthorized criticism of Israel’s actions towards its neighbors.

And in the body, which is infringed by Mr. Trump, there is such a state as Saudi Arabia. Interesting formation on the surface of the Earth.

Simultaneously, the Saudis: the most loyal ally of the United States in the Middle East and, probably, the most scary state.

Several sketches from that part of the inhabited universe:
***
On March 25, 1975 Faisal was shot by his nephew, Prince Faisal ibn Musaid, who returned to the country after studying at an American university. The prince went to the king, bent down for a kiss, pulled out a pistol and shot three times at point-blank range. He was found guilty of regicide and cut off his head (although the dying King Faisal asked to spare his nephew). Faisal ibn Musa’id Al Saud was beheaded by the blow of a gilded sword, after which his head was exposed to a crowd for 15 minutes on a wooden cola.

***
In 1977, the 19-year-old Saudi princess Mishal bint Fahd al Saud, the niece of the then King Khalid, was accused of adultery and shot. Simultaneously, her beloved – the son of the ambassador of the kingdom in Lebanon – was beheaded.

***
In 2004, Prince Nayef ibn Fawaz Al Shalaan tried to carry 2 tons of cocaine from Colombia to Europe on his private Boeing.
***
Over the past five years, about 2,000 people have been missing in Saudi Arabia.
***

You can continue for a very long time, since the family of Al-Saud has 30 thousand people. And there are a lot of crazies.

Comment on the whole thing means just spoil it.

A brief summary of the Free World Head’s speech: Mr. Trump once again gave a warning shot in the air, and hit himself in the leg.

What is this drivel?