This was announced by former deputy Alexander Petkov, who is with the wife of political prisoner Grigory Petrenko and lawyer Anna Ursachi in Strasbourg, France, where the Parliamentary Assembly of the Council of Europe (PACE) is in session. 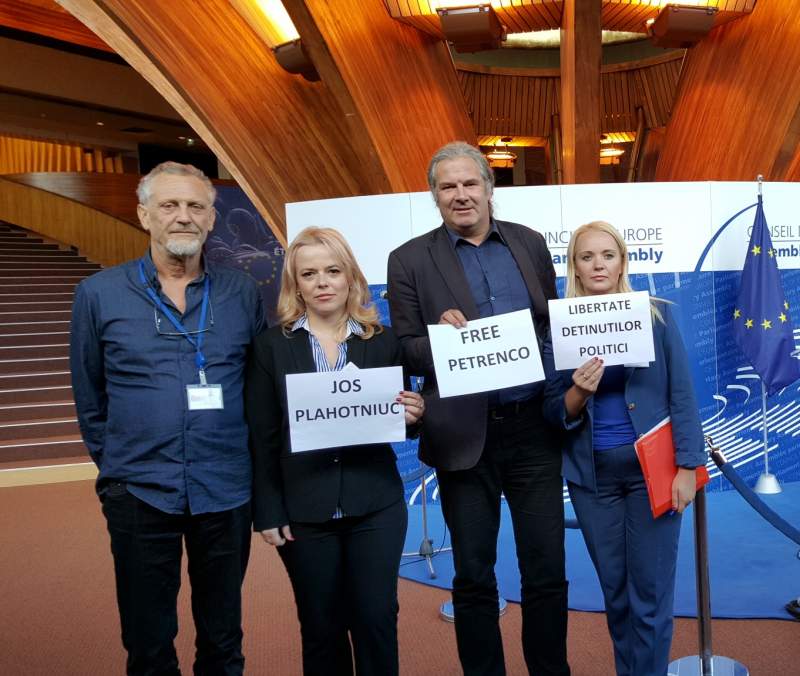 The declaration states that the freedom of expression, freedom of assembly and the right to protest are fundamental human rights, and Moldova, being a full member of the Council of Europe, is obliged to comply with its obligations.

“We strongly condemn the flagrant violation of human rights and freedoms in Moldova, as well as political persecution against members of the opposition,” reads the PACE statement in connection with the arrest of the “Petrenko Group.”

The document was signed by representatives of all political factions represented in the PACE. Despite the fact that the document has already collected the required minimum of 20 deputies’ signatures for registration with the Secretariat, members continue to sign it, notwithstanding party affiliation, and the document is to be discussed at meetings of political groups on Monday evening. 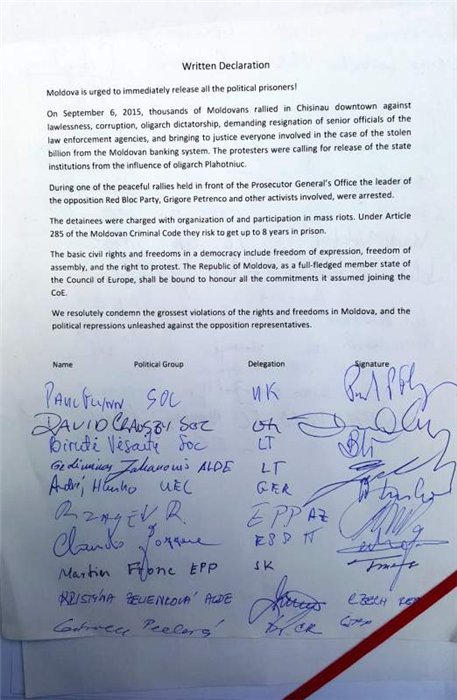 Thereafter, the Assembly will send the document to the Committee of Ministers of the Council of Europe, which will require a response from the Moldovan authorities in connection with violations of human rights and the arrest of the “Petrenko Group.”

Grigory Petrenko, leader of the opposition Red Bloc party, former parliamentary deputy and honorary member of PACE, together with seven other protesters, was detained September 6 by police using brute force after protests in front of the Prosecutor General’s Office and an attempt to pitch tents on the sidewalk to demand the resignation of the attorney general. They were jailed for 30 days.