The most modern Russia’s spy plane TU-214R, accompanied by the multirole jet fighters Su-30SM, has been spotted in Syria. 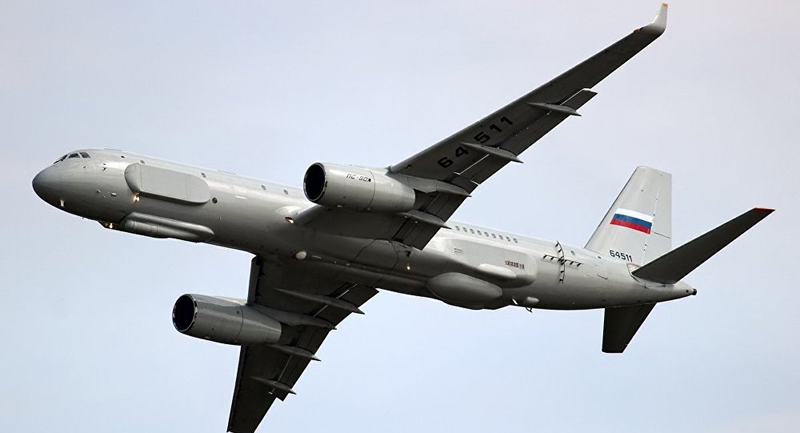 The most advanced Russia’s reconnaissance aircraft TU-214R, escorted by the multirole jet fighters Su-30SM, was spotted in Syria’s Idlib province.

As the Flightradar24 data tracking website reported earlier, the reconnaissance plane TU-214R has arrived on the Hmeymim Russia’s air base in Syria.

According to Flightradar24, it is the plane RF-64514, which is the second aircraft of the Tu-214R type, handed to Russian military for the trial operation. In June 2015, the plane was spotted near the border with Ukraine. As the Lenta information website reported earlier, in February 2016, the aircraft was sent to the Hmeymim airfield for a short time, and in July 2016, it was spotted near the borders with Finland, Estonia and Latvia.

Earlier, during the operation in Syria, the reconnaissance aircraft TU-214R, converted at the Kazan aircraft plant, has demonstrated high combat effectiveness, the Tatar Inform news agency reported. The Regnum news agency stressed that US officials admired the Russian TU-214R. They said that this aircraft gives “the Russians more opportunities to track US aircraft in Syria.”

The TU-214R is the converted conventional medium-range narrow-body passenger TU-214, which is produced only in the special option pack since April 2010. According to some sources, the production of the commercial version was stopped “due to unprofitability.”

The aircraft is equipped with the MRK-411 multi-frequency radio complex, the Fraktsiya high-resolution opto-electronics and other systems.

The war in syria is truly unimaginabely intense .Please keep up the crucial coverage.

Oh I wonder who they are looking for!

They are looking at the birds.

No, they are looking at those beautiful babes in burkas….

You are more precise.

I hope they were able to pinpoint the SAS and Mossad agents on the ground for eradication. http://sana.sy/en/

Do we have a teeny-tiny obsession with people who wear funny hats?

Its a great opportunity to test out new gear and tech.