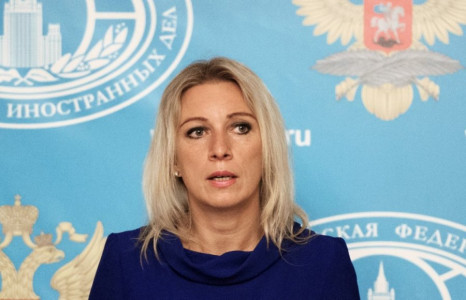 Zaharova, said that all Russia’s activity in Syria is in order to achieve the main goal – reaching political solution.

“Without this it is impossible to restore unity and sovereignty of Syria, ensure stability and coexistence of all ethnical and religious groups”, said the spokeswoman of Russian Ministry of Foreign Affairs.

According to Zaharova, Moscow thinks that there is a basis for joint action between Russia and coalition led by US, so that “after understanding the degree of threat, we can move on to truly efficient operations”.

“We are open for this. We don’t have any boundaries when joint operation is in question”, she said, pointing out that the only solution is respecting the international law.

Zaharova also said that officials in Moscow are noticing positive dynamic in military contacts between Russia and US, and that they are against breaking up of “communication channel.”

“All these channels are created to solve the most complicated situations, especially during crysis”, she said, advocating the use of all opportunities for coordination.

She reminded that “just three, four weeks ago there was no contact with American colleagues”, while there is contact right now between defence ministries.

Russian Ministry of Foreign affairs is also noticing tendency of greater media objectivity when writing about events in Syria, but that there are still attempts to falsify goals, procedures and tasks that Russia has in Syria.

“The main thesis is to doubt the Russia’s priority to destroy the core of international terrorism and extremism”, Zaharova said.

She rejected the claims that Russia is considering the possibility of land operation in Syria as “another myth”.

“If you are operating with similar claims and if you continue to refer to some unnamed sources, please be kind enough and publish our commentary, so that such operations are not considered or planed”, Zaharova said.

Russia, on 30th September started with airstrikes against ISIS in Syria on behalf of Bashar al-Assad. More than 100 airstrikes were conducted until now.

Nonetheless, yesterday, 26 cruise missiles were fired from the ship in the Caspian sea.

Targets are chosen on the basis of intelligence informations of Russia, Syria, Iraq and Iran, RIA News reported.

The conflict has been going on in Syria since the March of 2011 in which, according to UN data, more than 220.000 people died.

Russian agency reports that the extremist belonging to various armed forces are fighting against government forces, and that the most active are the extremists of ISIS and Al-Nusra Front.

Coalition, led by US, is conducting airstrikes on ISIS positions since the September of last year, without the decision of Security Council and without the coordination with Syrian authorities. Zaharova also said earlier that Moscow can’t join the international coalition as long as there is no agreement with Damascus and UN’s Security Council, RIA News recalls.

Tags:isis, islamic state, russia, syria, the us, us, war