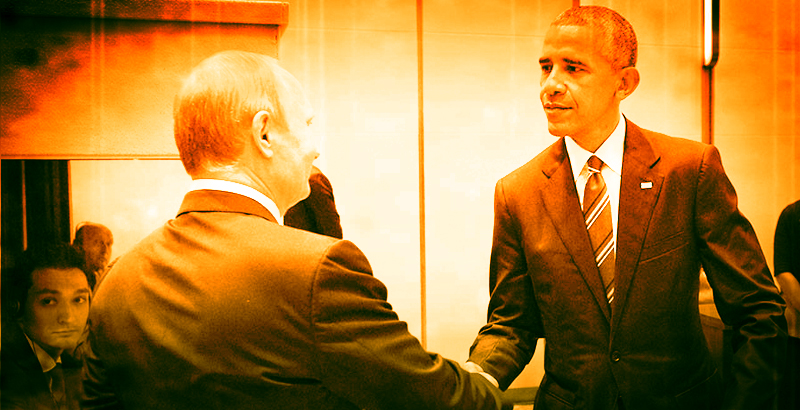 Russia and the United States may reach an agreement on resolving the Syrian crisis with first results within the next few days, Russian President Vladimir Putin said on September 5.

“Our collaborative effort with the US in fighting terrorist organizations, including the ones in Syria, may be significantly improved and intensified,” Putin said at a press conference in Hangzhou, China.

The statement was made following a meeting with US President Barack Obama. According to Putin, the two leaders have come to a common understanding. Putin said that he had “grounds to believe” that results may be achieved “within the next few days.”

The Syrian crisis was top of the agenda at the meeting between Russian and US presidents. Putin told journalists he believed that he and Obama had found common ground and mutual understanding and they managed to discuss everything in detail.

“It was mainly the two of us who had the discussion, going into detail. I think we have reached mutual understanding,” he told reporters,

Putin added that Russian and US top diplomats have now been tasked with working further on the “technical” questions. Russia’s Foreign Minister, Sergey Lavrov and US Secretary of State John Kerry will work on the preliminary agreements on Syria reached by the presidents.

EveryBody is saying something, Putin, Obama, Erdogan, Bidden, Kerry, Lavrov, Carter, Bakanlığı, Shoygu except Assad, he must be a very patient observer.

The only agreement that I can see the Russians (and Iranians) agreeing to is this. ‘Moderates’ have to go to the newly Turkish zone. Any rebels left in the Aleppo city / Idlib area are by definition Islamist forces excluded by the ceasefire. I can see this working to the advantage of Assad’s coalition.

In return, it looks like Turkey will be allowed to resume air strikes operations against the Kurds again. Although the constraints and details look a tad sketchy.