Russia has decline all kind of accusation of bombing hospitals, saying that there isn’t any evidence- direct or indirect against the country. 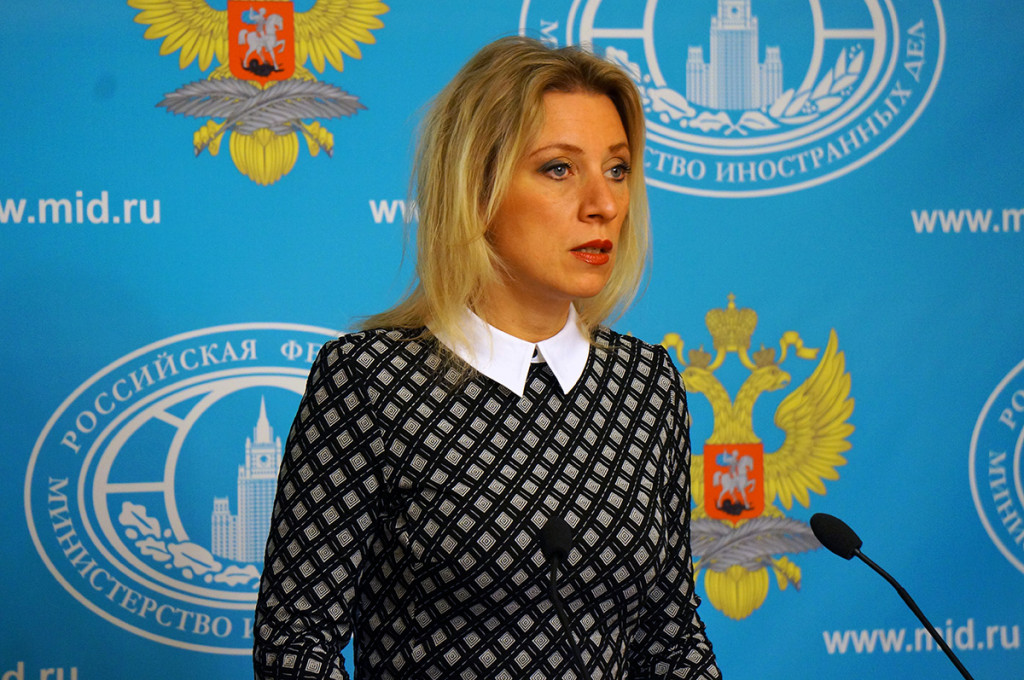 Rusian Foreign Ministry spokeswoman Maria Zakharova dismissed the accusations by the Western countries, saying that Moscow had released airstrikes against hospitals in Syria, on her weekly press conference on Thursday. She even commented on the accusation by the Doctors Without Borders (MSF) pointing that it lacks evidence to prove it.

The Russian spokesman said that “All this is a lie,” in reference to the accusations, which have been mainly coming from Turkey.

Zakharova also said any incursion into the Syrian territory by any foreign nation would be illegal.

The statement by Zakharova follows the death of 50 civilians, including children on Monday. They were killed in at least 5 medical facilities and two schools in Syria’s provinces Idlib and Aleppo. One of the attacked hospitals is said to be supported by MSF.

The MSF confirmed its hospital was hit but did not assign blame.

Turkey held Russia responsible for the attacks, stating that the incident is an ‘obvious war crime’ in Syria.

Kremlin spokesman Dmitry Peskov said Russia denies and does “not accept such statements, especially because those who make such statements are unable to prove their allegations in any way.”

According to the Syrian Ambassador to Moscow Riad Haddad the airstrikes on the MSF-operated hospital were carried out by US planes.

“It was destroyed by the American Air Force. The Russian Air Force has nothing to do it with,” the envoy said.

The US-led coalition has been conducting air raids against what are said to be the Daesh terrorists inside Syria since September 2014 without any authorization from Damascus or a UN mandate.

Since late September 2014, Russia has been conducting airstrikes against foreign-backed militants in Syria upon a request by the Damascus government.

Well yeh! hospitals in syria just happen to all blow up on the same day as russian planes fly overhead. Russia has the only planes in that área and russia is simply saying, “so what….you cant prove it”. Eyewittness account is all the proof you need and has been done. Russia and Assaids is going to come a cropper there soon as they have no respect for human life and thumb their noses at the whole world.

How do you know? Were you there? Of course you have none except meaningless bigoted comments.

He will never be able to prove it there is not a single bit of evidence to the contrary people actually witnessed and reported 2 A-10 warthogs note the US tried to do this elate last year in October with the same situation and when media asked where is the evidence they gave none and the Russians didn’t carry out airstrikes in that area as the Un mandated it and where conducted dozens of km away from Aleppo. The US already bombed a hospital in Afghanistan and I don’t see Russia doing the same so the Coalition is not trustworthy

What a fucking idiot…..dont see russia doing it……only biases people here are you and nexusfast…..its easy to see you support syria and russian domination in the face of fact. The fucking bomg could hit you and you would still say it was america. Fools.

Note how the media asked the American government as to where these hospitals where hit and they said, ”it would give away intelligence against national security” when in fact hundreds of civilians spotted US A-10 Warthogs bomb them also note how the US just like the Sarin gas never brought it up again cause they know how much of a failure that is