Iraq has asked the Russian Defense Ministry to provide information about terrorists in the captured city of Mosul. 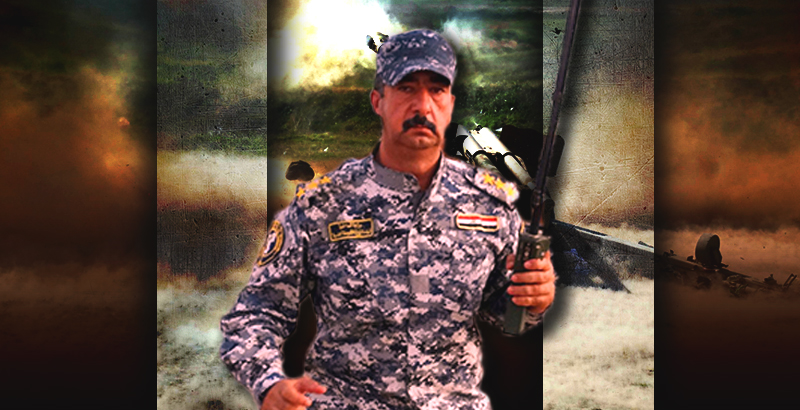 Iraqi military has asked Moscow to provide intelligence information about terrorists of the Islamic State (IS) group, operating in Mosul and its surrounding area, the Izvestiya newspaper reported, citing Chairman of the Council of the Federation Committee on Foreign Affairs, Konstantin Kosachev, and its own informed source in the military circles. According to the newspaper’s sources, Russia is ready to share this information. This kind of assistance makes sense for Moscow because in response Baghdad will also share information about terrorists, first of all, about those of them, who run out of the city n the direction of Syria.

The source in the military circles noted that many IS units constantly wander from Iraq to Syria and back, and they have already come to the attention of Russian military.

“Using means of electronic intelligence, the Iraqi side has already intercepted calling signals of battlefield commanders and managed to determine which units of the IS are currently operating in the area of Mosul, and through a joint coordination center in Baghdad has sent a formal request to provide available information on these formations, their numbers, weapons and peculiarities of their tactics,” the source said. “The Russian side has responded positively, and now is preparing the data that will soon be handed over to Iraqi military.”

In his turn, Chairman of the Council of the Federation Committee on Foreign Affairs, Konstantin Kosachev, confirmed that Moscow does not see obstacles to provide information support for Baghdad.

“Russia and Iraq pursue the same goals in the context of countering terrorism – in this case on the territory of Iraq. And I do not see any obstacles for carrying out of intelligence exchange without any restrictions,” Kosachev told Izvestiya.

According to an official representative of the al-Hashd al-Shaabi (the People’s Mobilization Forces, a part of the Iraqi Army), Moscow actively supports Baghdad in the fight against terrorism, and has already started to share information on deployment of terrorists.

“The sharing of intelligence information on positions of terrorists in Iraq between Baghdad and Moscow is held on a very high level. Russia is a reliable ally, and supports Iraq with deliveries of weapons and ammunition that are used to fight against IS terrorists. We use Russian military helicopters,” he said. “There is a danger of moving of terrorists from Iraq to Syria, so we do everything possible to eliminate terrorists here, on Iraqi soil.”

Military experts also noted that the Russian assistance to Iraqis in the fight for Mosul is crucial in connection with the fact that terrorists massively flee from the Iraqi city to neighboring Syria. Helping Iraqi military, Russia, in response, will also receive necessary information, primarily related to movements of terrorists towards the territory of Syria.

Earlier, the Russian General Staff announced that Moscow monitors the situation in Iraqi Mosul and the surrounding areas, where the counterterrorism operation is carried out. As Chief of the Russian General Staff Gen. Valery Gerasimov said, Russian military monitors what is happening in real-time mode with the help of reconnaissance satellites. In addition, according to him, airborne intelligence assets, including unmanned aerial vehicles (UAVs), are also used in the area.

This statement was made two days later, after Iraqi military launched the operation to liberate Mosul on October 17.

Hohoho! now, what this means in clear text is: “Hello! Moskva here? Yes,yes, please provide us with some USEFUL info on that scum so we don’t face excess losses, because unlike our american “partners”, we actually WANT to kill the ISIS scum infesting Iraq. … what? yes, yes, harashov, sure, we’ll leak anything we gather on scumbag evacuation routes through tribal networks. and who knows, maybe we will throw in a nice ambush – accidental, ofcourse – at them as they’re leaving for Syria. Have a nice evening mr. Shiogu, and send our regards to Vladimir Vlarimirovich!”

The US continues in IRAK only by grace of juicy bribes paid left and right !! Even the Kurd Barzini is no longer with the CIA but with Erdogan 95% of his time. The info now is for real and it comes from Iran and Russia !! No more Bull Shit generated in Langley and Tel Aviv !! And the ones directing day to day ops are Iranians and so far, proving their excellence, every day of the week …never mind Reuters or CNN