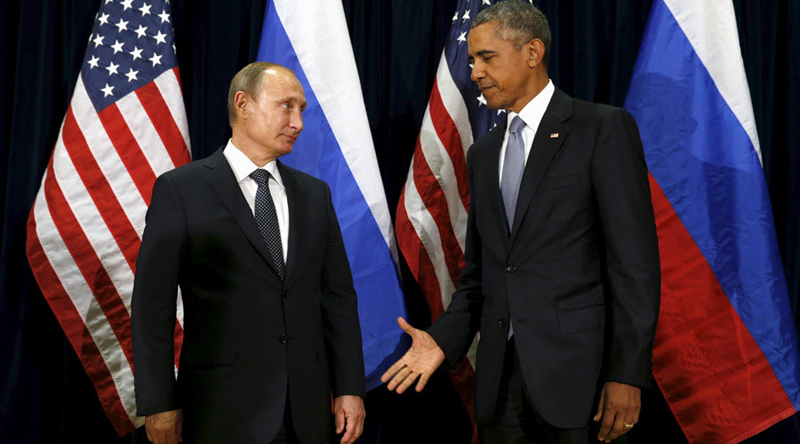 Moscow and Washington are ready to increase military cooperation between the countries in Syria to eliminate radical Islamists there, the Kremlin reported after a telephone conversation initiated by Russian President Vladimir Putin.

“Both sides have confirmed their readiness to increase military cooperation between Russia and the US in Syria,” the Kremlin said on July 6. “It is also important to resurrect the UN-mediated peace talks to arrive at a political solution of the crisis.”

Last week some media outlets reported that US officials have offered Russians to carry out joint strikes against Al-Nusra Front, an Al-Qaeda branch in Syria. According to media, the Department of State and the Pentagon has already endorsed this initiative. However, Russia so far has not given any comments on this subject.

The USA also hopes that this cooperation will help to determine what forces should be included in the ceasefire agreement, which was adopted in February. Al-Nusra has been repeatedly accused of operating under the label of “moderate” rebels, and the Russian president returned to this topic again during the phone conversation.

“Vladimir Putin called on his counterpart to separate, as soon as is possible, the definitions of moderate forces from Al Nusra, and other extremist groups,” the Kremlin stated.

The discussion also touched on the issue of the smoldering conflicts in countries which previously were parts of the USSR.

Kremlin officials said that Barack Obama “gave a positive evaluation of Russia’s efforts” to mediate the conflict between Armenia and Azerbaijan over Nagorno-Karabakh. Vladimir Putin also touched the topic of the Minsk agreements, and called Kiev authorities to follow the agreement conditions, which has still not been fully implemented. He also called Ukrainian President Petro Poroshenko to begin “a direct dialog with Donetsk and Lugansk, carry out an amnesty, and award the regions special autonomous status.”

Again Gringos taking Ruskis for a ride. Good fro them. Kremlin Rat is making a fool out of himself again. Does he has any brains at all. Maybe too many concusinos in judo bouts.

If both country join their effort to eliminate all “moderate” terrorists, maybe this country will taste some peace. But first, they need to eradicate all rats factions who are battling the legitimate government of Syria.

I think historical parallels can be both misleading and inappropriate. That said this does remind me of Stalin’s attempt to be ‘reasonable’ with Hitler. The problem was that this was an impossibility, and if it accomplished anything it was only to cause Russia to drop its guard.

I keep getting the impression that Russia would like to co-operate with America. I think Russians are sane and credit the Americans with being the same. As western troops move up to the Russian border I think Russia would be ill advised to assume that the west is anything else other than belligerent and fundamentally intent on their destruction.