Police have ended the siege at the Bataclan music venue where a hostage situation has been going on tonight. According to local media, two attackers were killed in the operation. Agency France Press (Paris) quotes police sources as saying more then 100 people have been killed in the Bataclan concert venue.

According to Paris police, seven different sites were hit in Friday nights attacks. Western security sources said they suspected an Islamist militant group was behind the carnage.

President Francois Hollande gave a live address on French TV, speaking of “unprecedented attacks in progress in Greater Paris”.  “I have also asked for military reinforcements. They are at this moment in the Greater Paris area to ensure no further attack takes place, – Hollande stated. 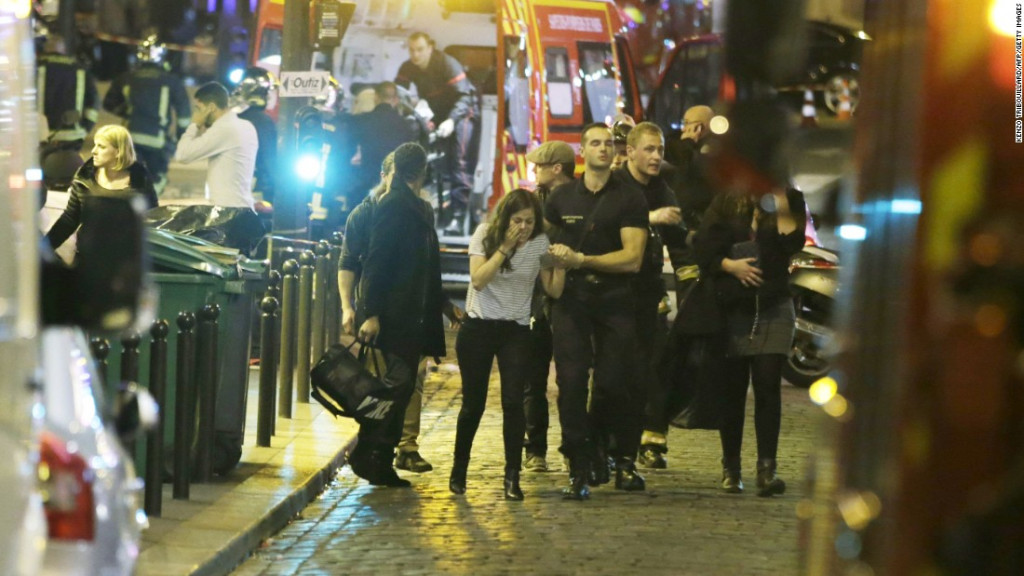 1500 soldiers drafted in. Hospitals are moved to nationwide emergency plan.

Paris has been under military occupation. It has been this way since 1945. No freedom here in Paris. The indigenous peoples are being replaced by racist colonialist bigots. This violates UN-law.