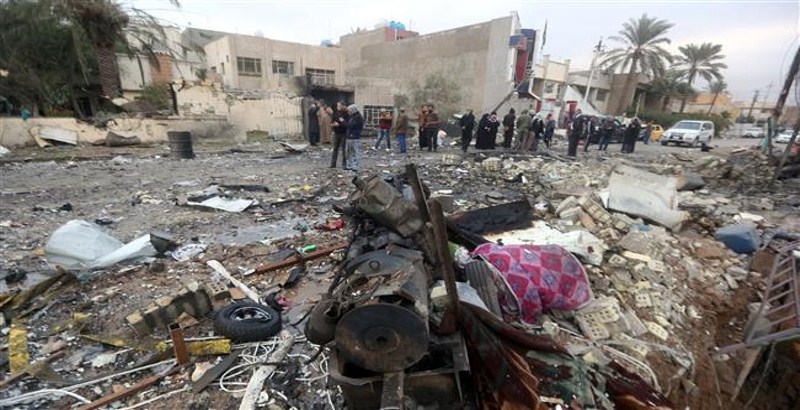 According to police and medical sources, two huge bomb blasts killed more than 70 people in a crowded market of Baghdad yesterday.

The police source said that the bombs, which also injured 100 people, went off in the mainly Shia Muslim district of Sadr City on Sunday.

It is also reported in several media outlets that ISIS terrorists claimed responsibility for the bomb attacks.

Earlier in the day, ISIS launched their largest attack in months on the fringes of the capital, Baghdad, killing at least a dozen Iraqi forces.

On Saturday, 10 people had been killed in a spate of bomb attacks in and around western Baghdad.

Since June 2014, ISIS has been wrecking the northern and western areas of Iraq when it launched a bloody campaign in the country.

According to the United Nations Assistance Mission for Iraq a total of 849 Iraqis were killed and 1,450 others injured in acts of terrorism, violence and armed conflict in January.

Question: Do you think the focus on Syria has taken the focus of Iraq? It seems that Daesh is making gains on Baghdad and the Sunni-Shia divide is continuing in the country with the Sunnis rejecting the help of the Shias to take back Mosul. Can you include more information on Iraq in your stories? I feel it is important to watch what is going on there as jihadis are leaving Syria. Thanks for all you do.