Russia announced that it will provide support to them, as well as to others who fight to liberate Syria 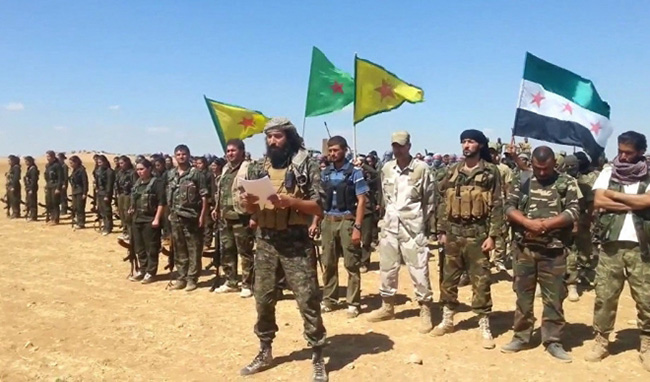 Written by Tanjug; published at Fakti.rs, translated by Mario Andrijasevic exclusively for SouthFront

Russian Defense Ministry announced that it plans to support four rebel groups in Syria with air strikes, adding that it is working to try to unite the efforts of the Free Syrian Army and the Syrian government forces against the Islamic State.

The General Staff of the Russian Army announced the report while there was a meeting between US Secretary of State John Kerry, Russian President Vladimir Putin and the head of the Russian Foreign Minister Sergei Lavrov, where the main talks were about the issues in Syria, reports Reuters.

The press release states that there are more than 5,000 insurgents fighting against IS in cooperation with forces of the Syrian regime of President Bashar Assad.

“Our support to unify actions and efforts by government forces and other groups that are interested to liberate Syria from international terrorists will continue,” said the Russian military.