On October 29, the Ministry of Defense of Azerbaijan released videos of recent drone and rocket strikes on Armenian forces in the disputed region of Nagorno-Karabakh.

The strikes seen in the videos targeted more than 27 posts and gatherings of Armenian troops as well as the following equipment:

Most of the strikes seen in the videos were carried out with Turkish-made Bayraktar TB2 combat drones. The rest were apparently carried out with precision-guided rockets, like the Israeli-made ACCULAR and EXTRA which are known to be in service with the Azerbaijani military.

Despite inflicting heavy losses on Armenian forces, the Azerbaijani Armed Forces are advancing slowly in Nagorno-Karabakh. Most of their gains have been limited to the southeastern part of the region.

50 strikes a day is 150-200 dead and 2 times more wounded (usually), in total 400-600 eliminated from the battlefield soldiers. With such a small population, Armenian leadership seems to soon become the perpetrator of the 2nd Armenian genocide.

Armenian Ministry of Defense representative: during the day clashes with saboteur groups at Avetaranots and Sghnakh villages

So Azerbaijan army is 5 km to Shusha and 10 km to Lachin. The war is about to be over soon.

The map have not changed significatly…the advance in the south was possible due to the close Iran border…..but North and East continue without changes..yesterday Armenian forces retake Qubadly!…Armenian forces are receiving constant supplies of Artillery and manpower…

Dude… that quote is true. Ministry of Defense really said that, how can you claim there is no significant change? I really can’t understand your logic, what will you gain from denial? Will Armenia win if you keep repeating what you believe?

You are so funny. The above is from Artskin MofD. They even admit it and Artskin head is calling for help.

May I ask where Artskins received the “constant supplies of Artillery and manpower”? In Armenia, they rounded up some Armenian citizens and forced them to fight or die.

No heavy weapons can be moved into N-K. All rounds are blocked for military vehicles. Drones have been watching the roads day and night.

One month of war and drones flying day and night and only have retaken the south part close to Iran because AZ know that Armenia artillery would hit Iran lands!,,

The South side of occupied territories are vast open flat terrains. It is so easy to spot any Artskin army movements and establishment. There is also highway along the Karabakh-Iran border and easy to send in reinforcement and military supplies.

From the South, it is easy seal the West border and march North via the highway to Lachin.

The above is what I’ve been saying from the very beginning, late September to now. Azerbaijan war plan has been executed excellently.

AZ troops have advance close to Iran border from east to west to avoid Armenian artillery…..now they are trying to advance…but after one month no significative changes beyond to retake the south close to Iran( because AZ military staff know that Armenia cannot use Smerch or SS-21 towards south because can hit Iran territory!…in East and North AZ offensive have failed!….sooner or later Armenian armed forces will advance ( Not NK) from west when AZ troops threat the capital and around.

Flat terrain and extensive highways along the South of occupied territories. 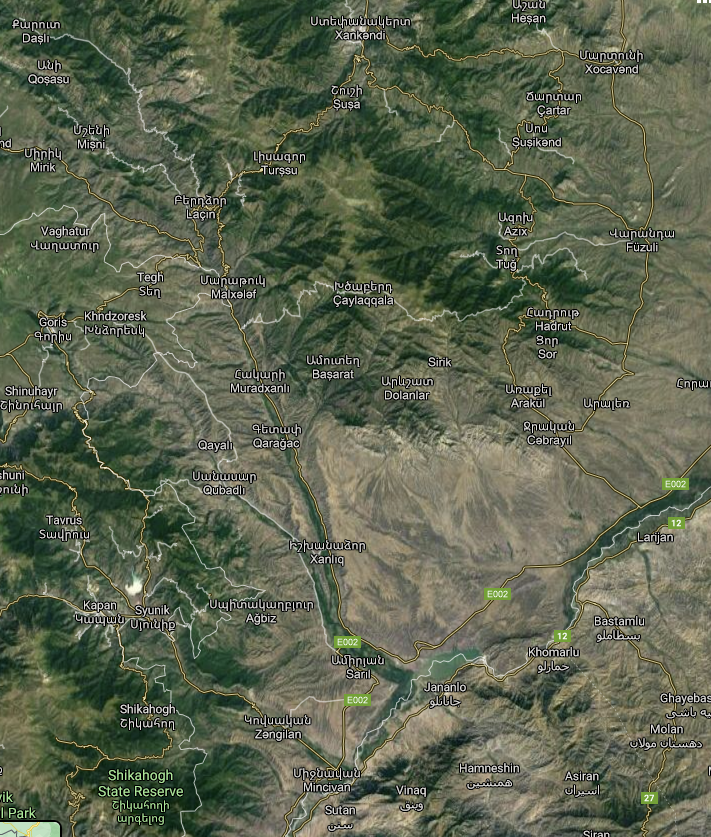 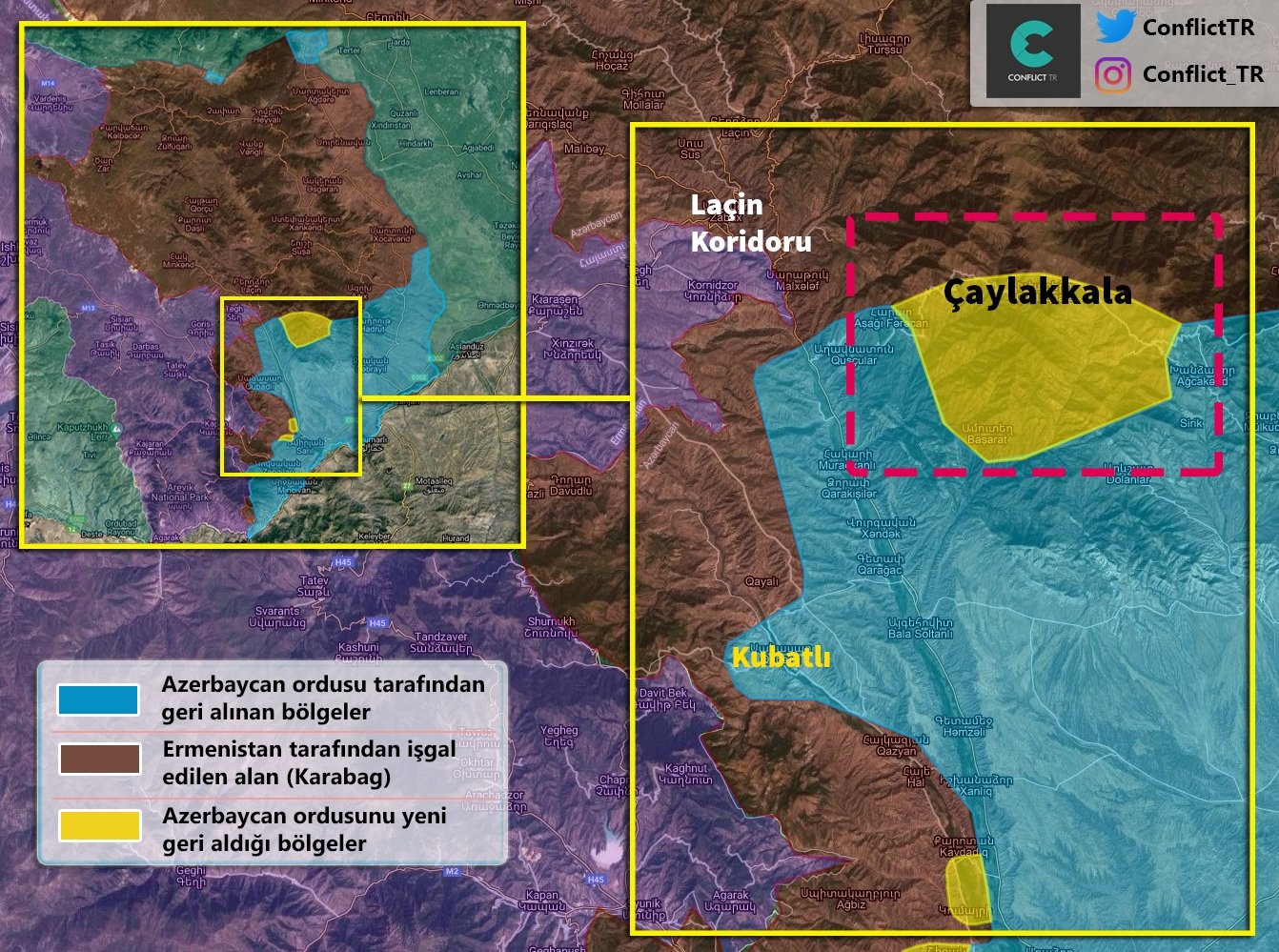 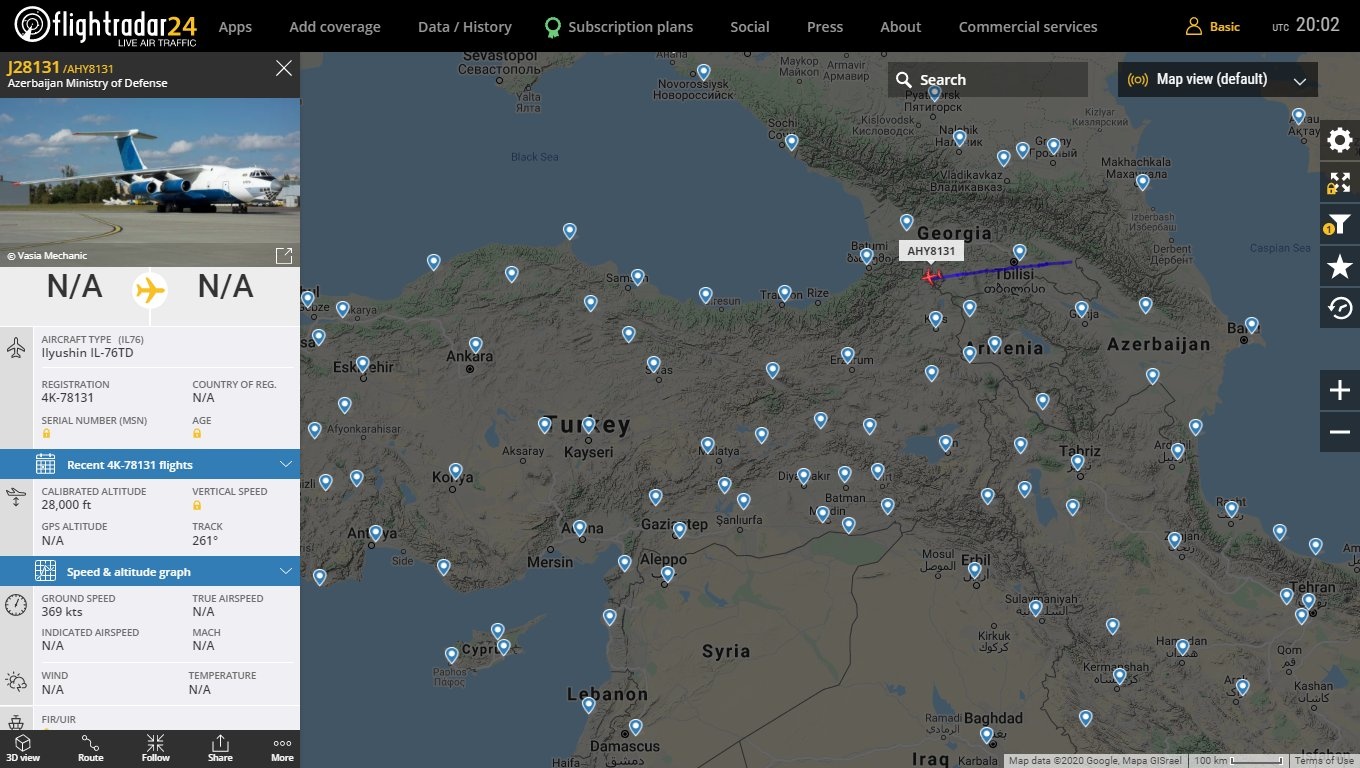 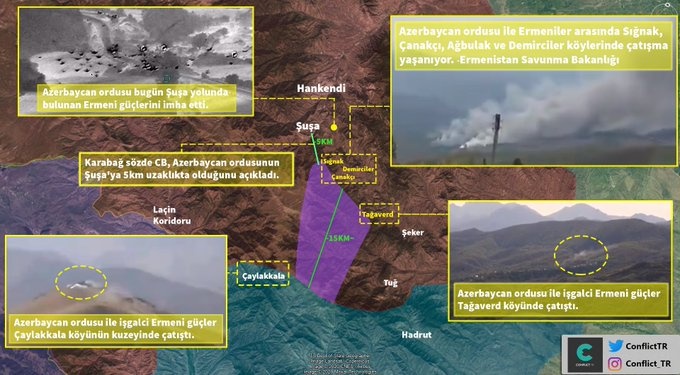 lachin may be evacuation corridor not supply corridor lolol…the capital is falling down!!!

Where are the Artskin guerillas?? Terminated?

Here are their SMERCs that hit the civilian population in Barda …
They will be crushed as soon as they pull their heads out like mice !!
https://baku.tv/az/cemiyyet/27082/

Look, Turk motherless fuckhead animals, what will become of you while you celebrate your fake victories: 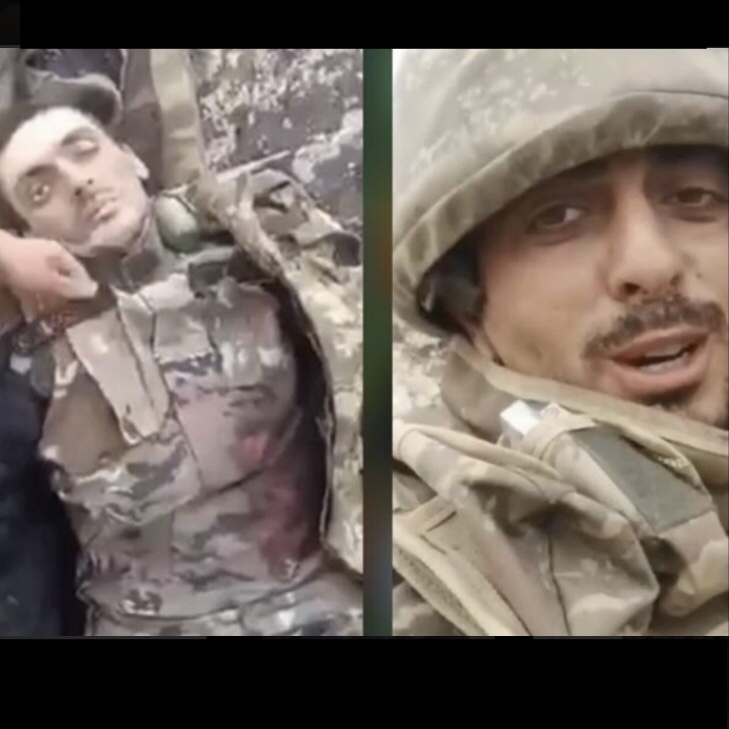 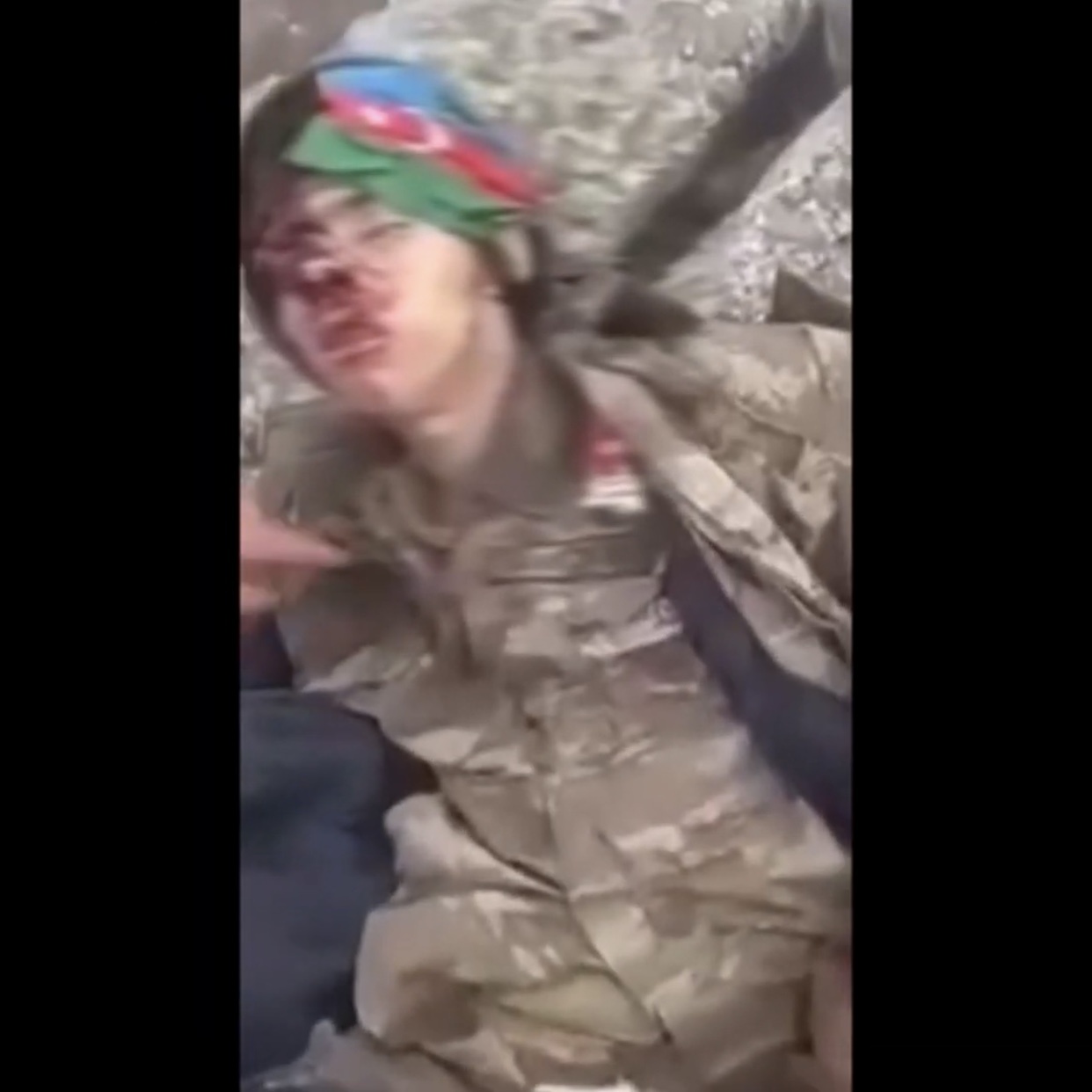 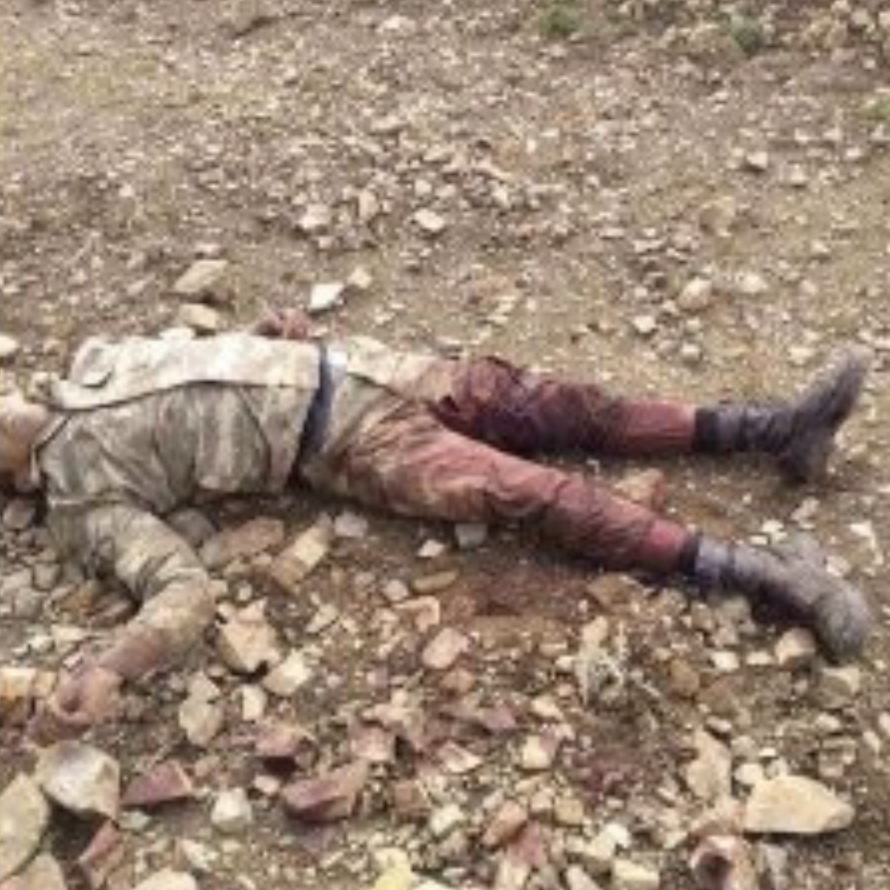 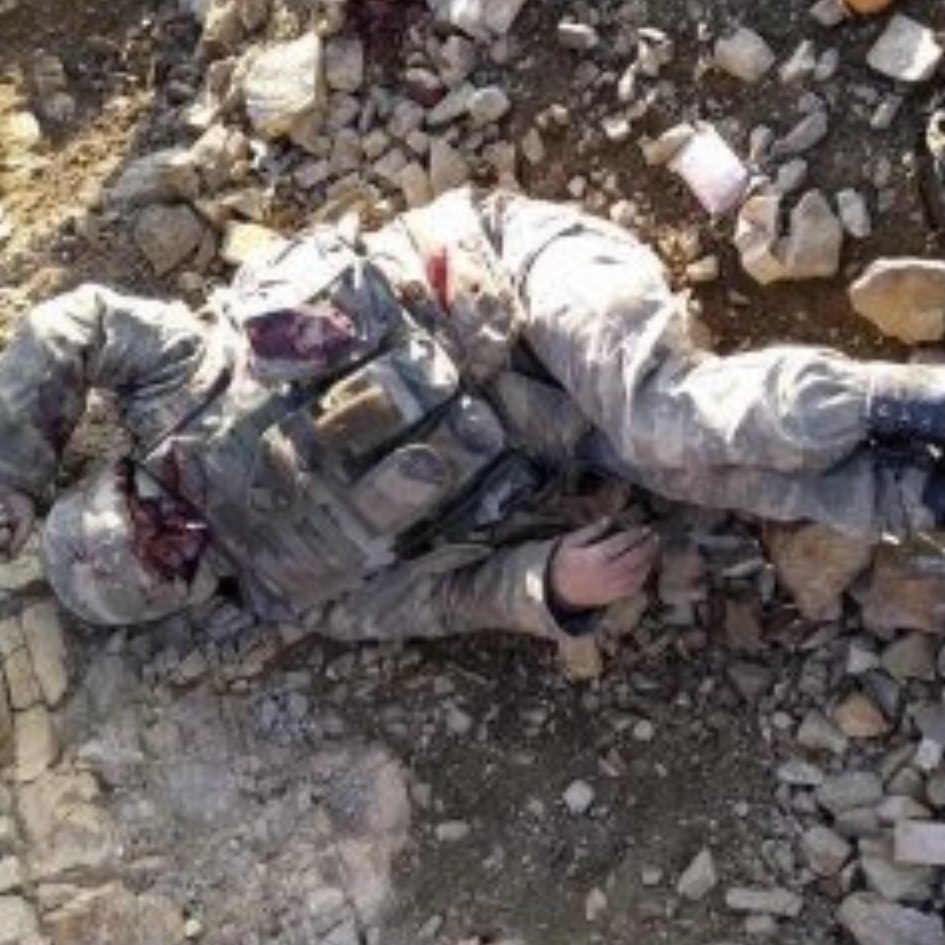 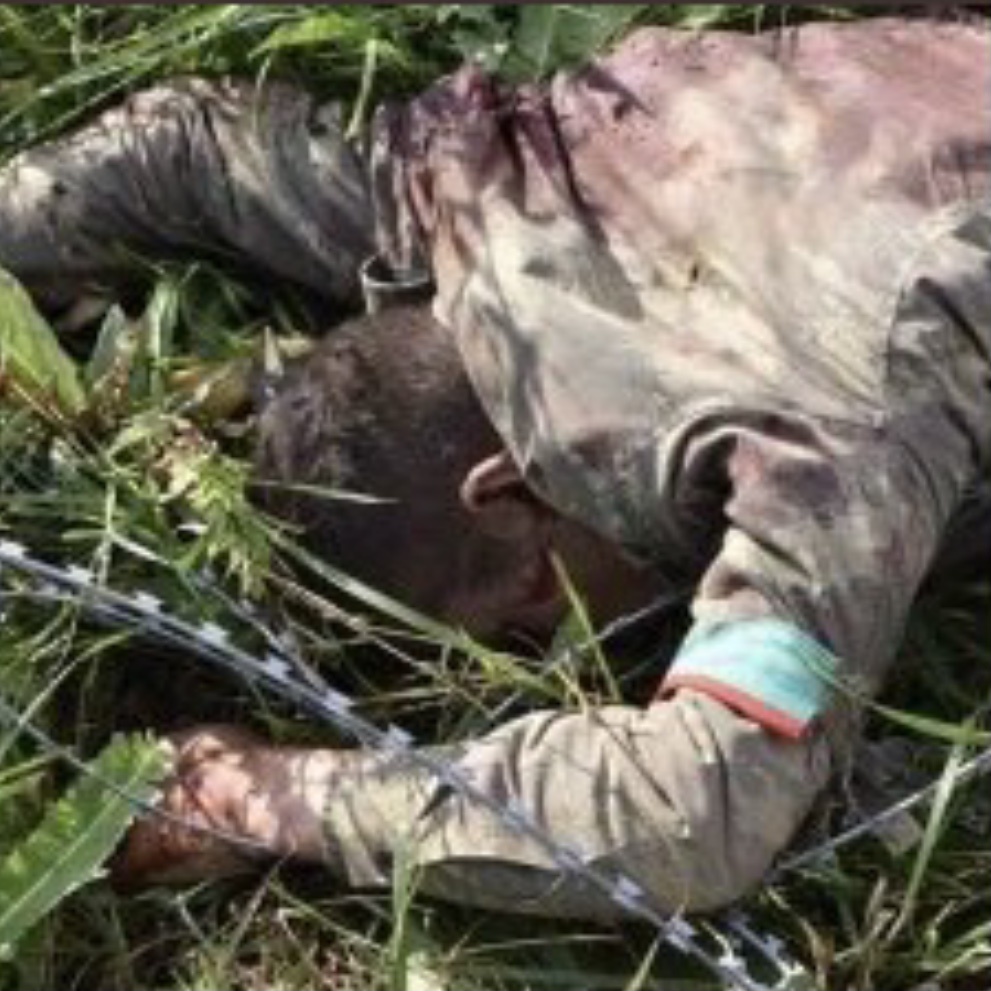 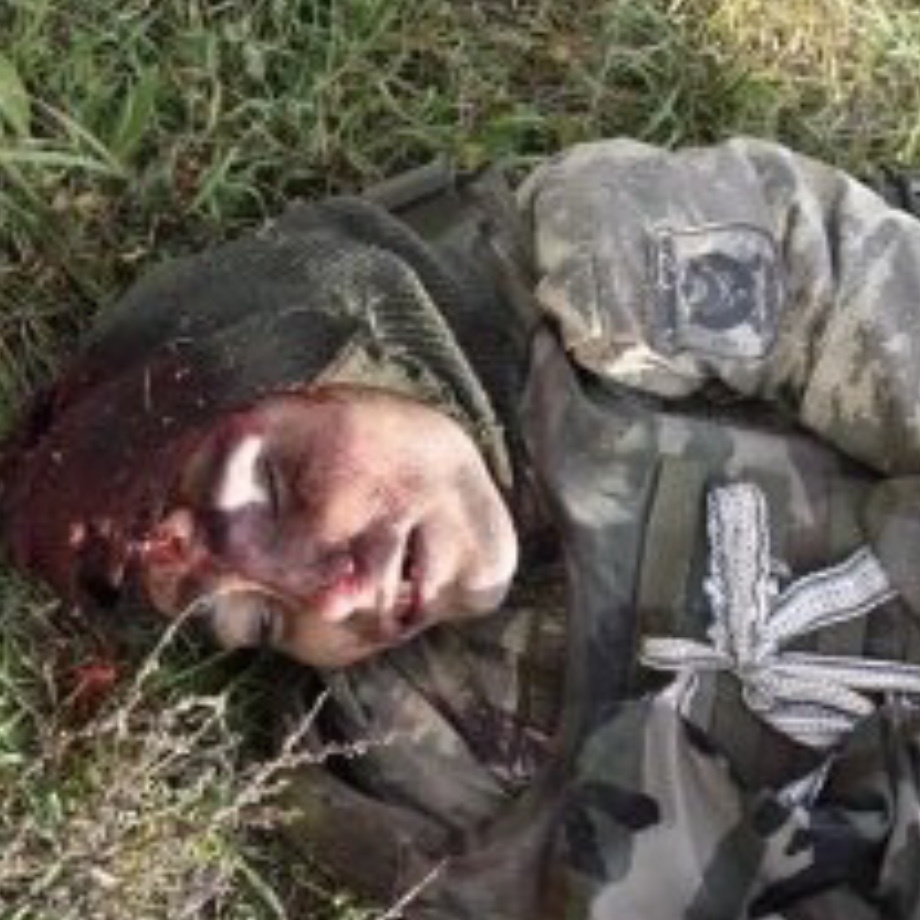 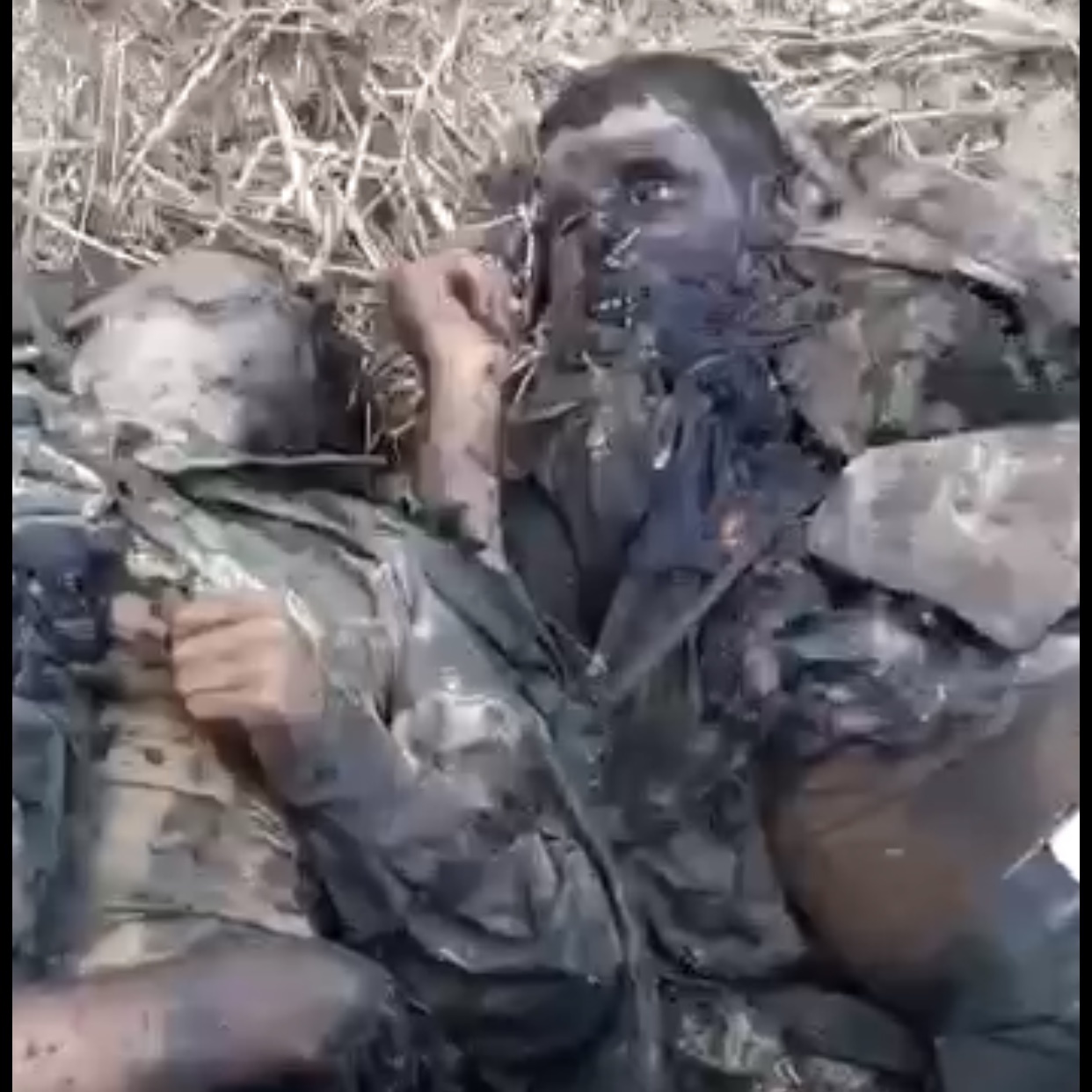 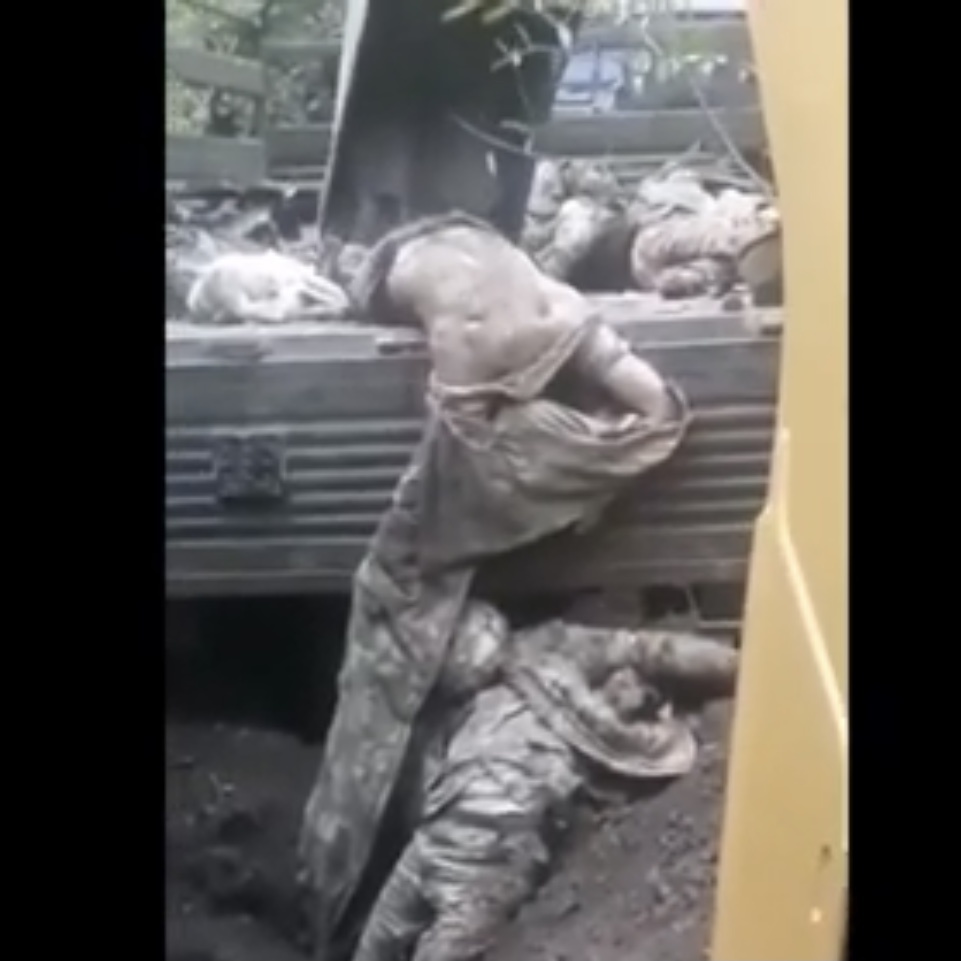 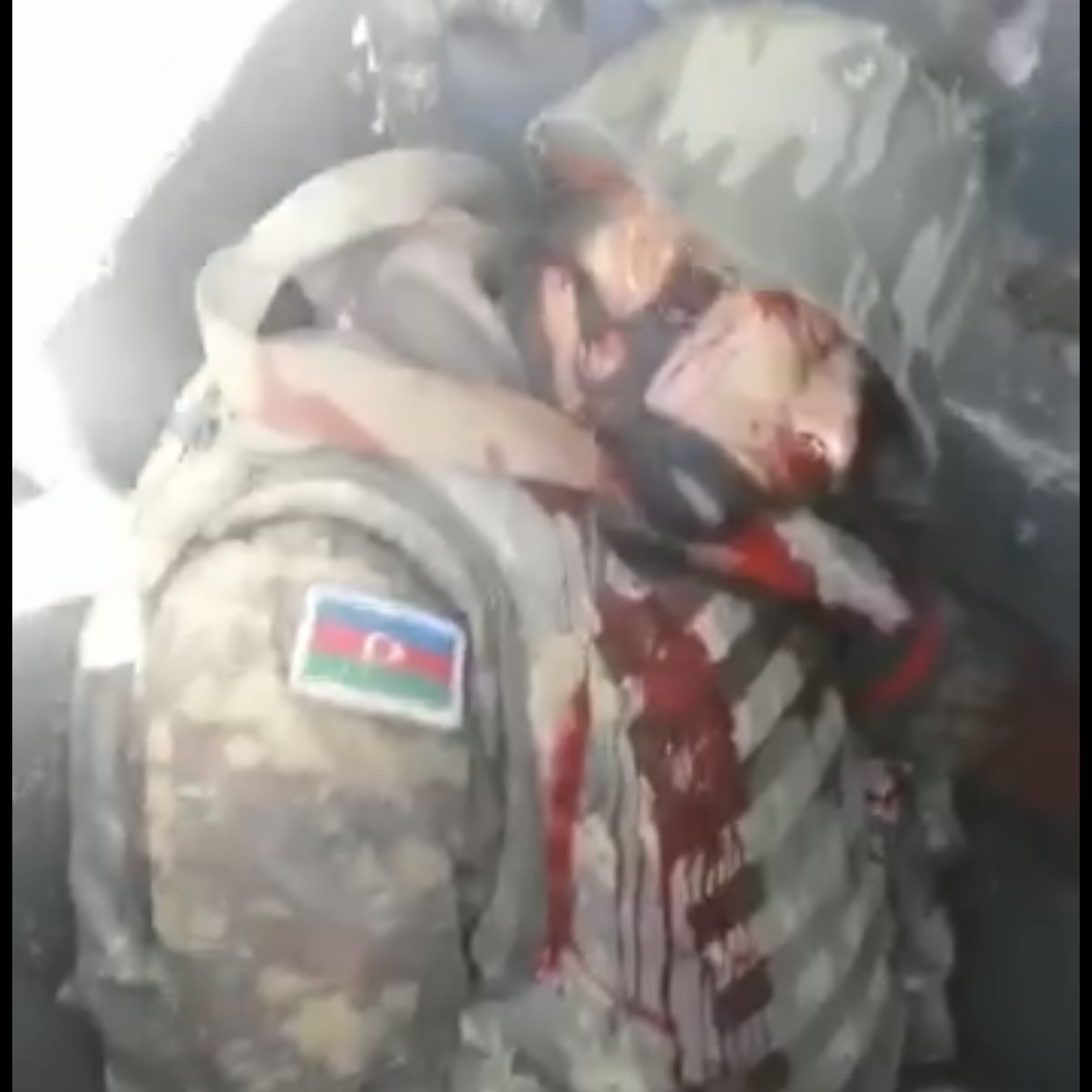 Smedly
Reply to  Death to Turks

He came for a picnic he said, look at the idiot now! 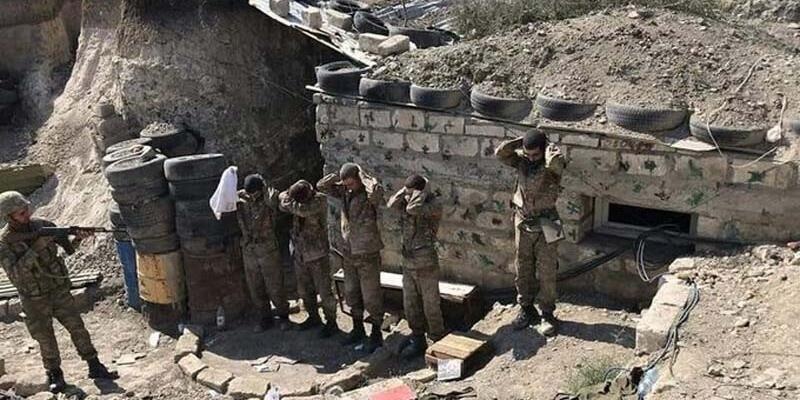 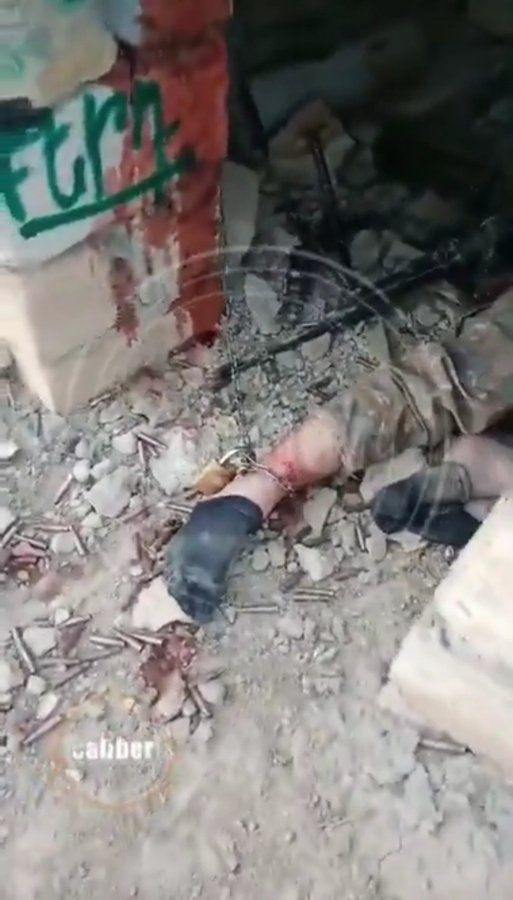 Death to Turks
Reply to  deadgreek33

Are you mad? Did I upset you turk bitch?

Poor people shooting each others…young men , boys that should spend their lives working , having fun , loving killed for the pleisure and plans of the richest clans of the world .
Anytime I see their bloody faces , their death bodies I stand with them , no matter which uniform they weared .
A tragedy is going on and there is nothing to celebrate . 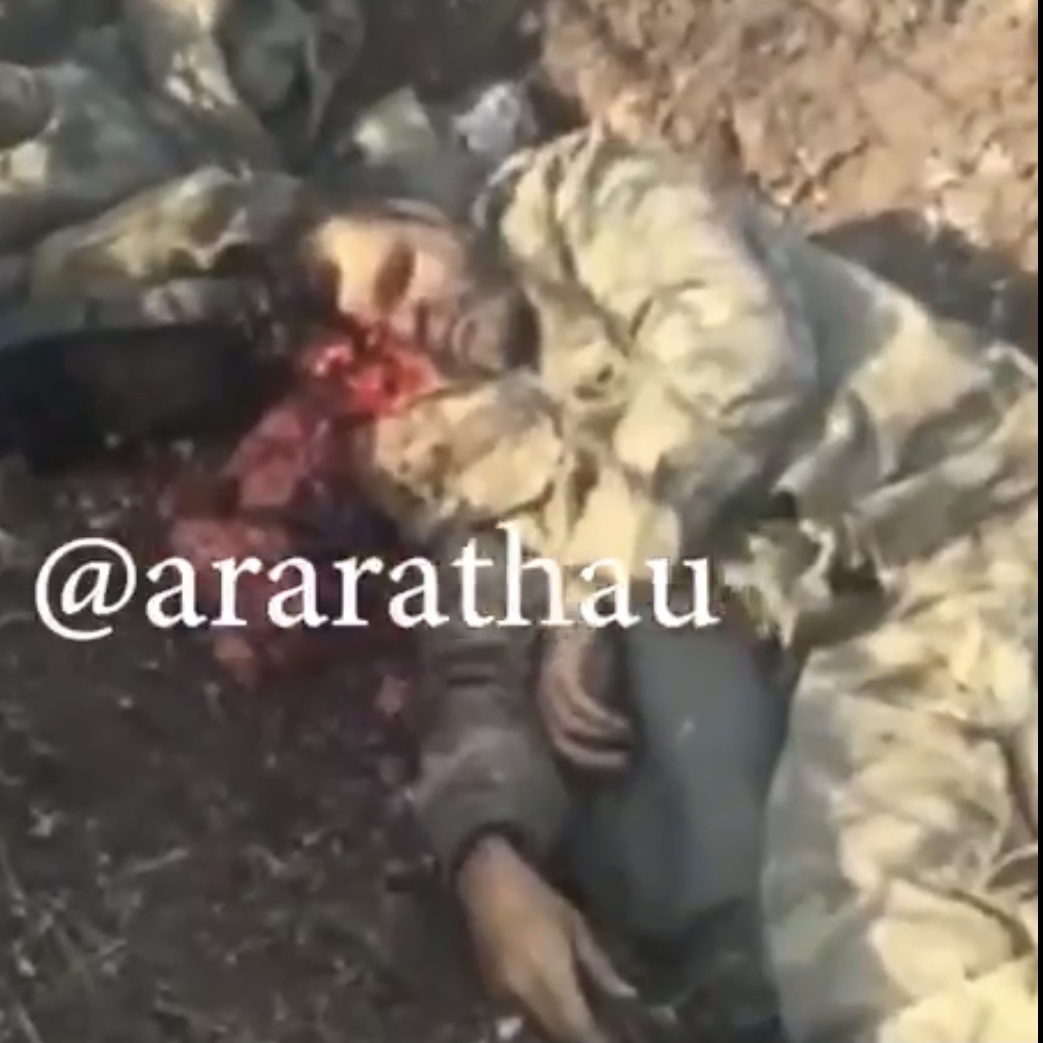 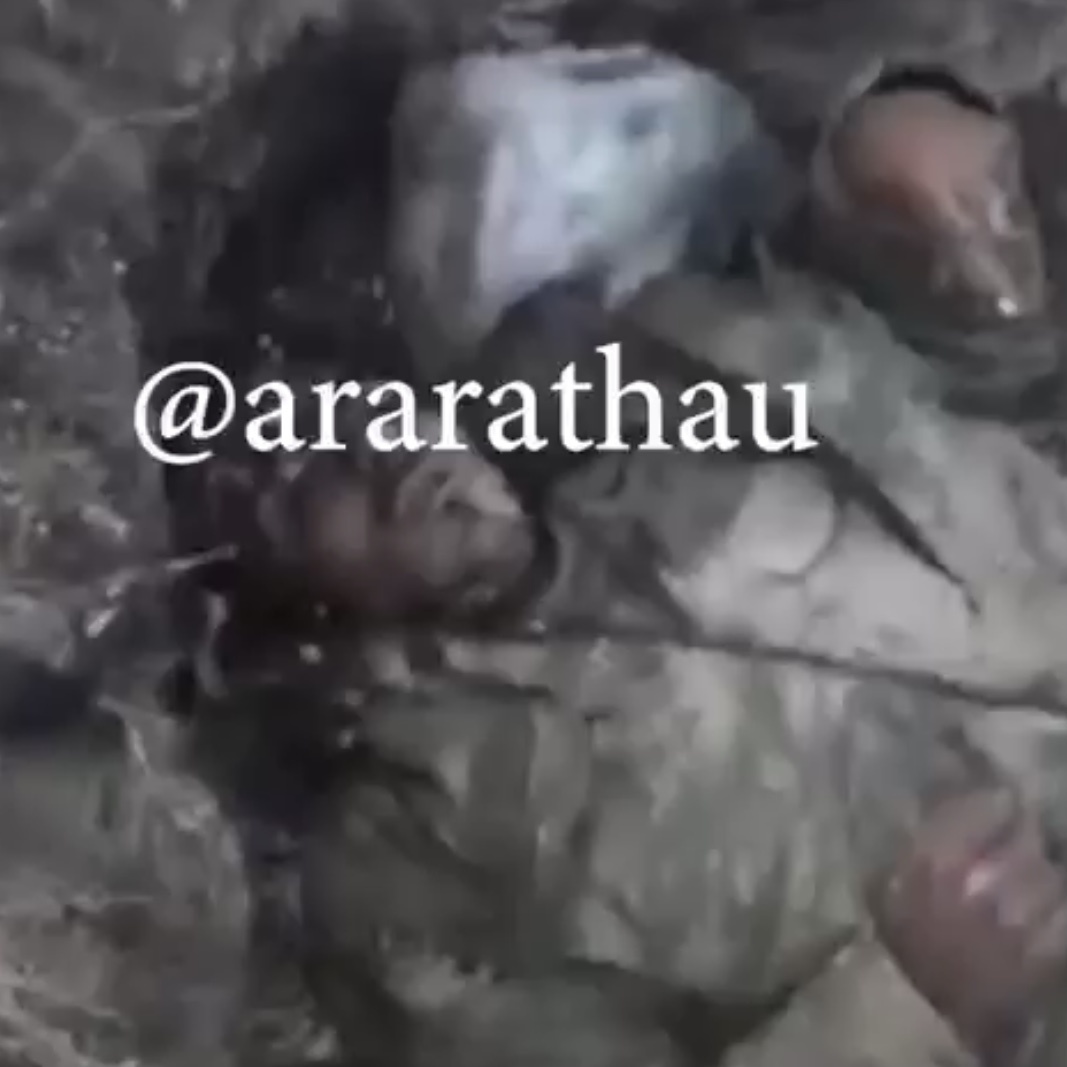 cry you son of a bitch 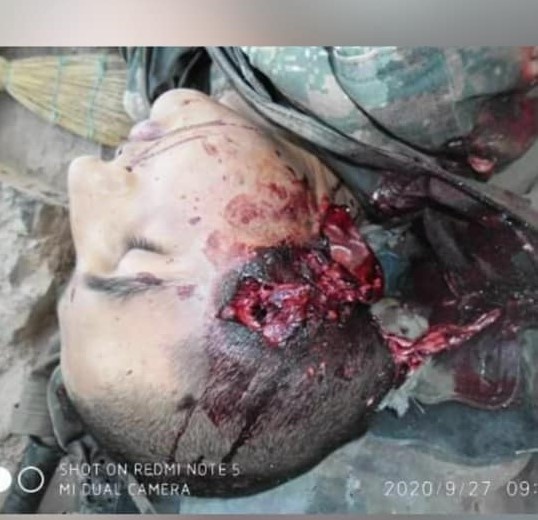 I don’t think that anything demonstrates the failure of Russian air defense technology and equipment better than the Nargorno-Karabahk war. The S-300s in particular. Granted there are a lot of mitigating factors and much of the Armenian equipment is dated and isn’t designed for some of the applications that it’s up against. But the key factor is that most of it is designed and supposedly capable of dealing with the drones that are doing the vast majority of the damage. And the ability of these drones to overrun the Russian equipment with impunity is very bad advertising for it.

This isn’t exactly a lightweight air defense force. It should be capable of securing Nargono-Karabahk airspace. In addition to defending Armenian airspace.