On March 30, two militants of the Turkish-backed Ahrar al-Sham Movement were shot dead by unidentified gunmen in the northwestern Syrian region of Greater Idlib.

The incident took place in the town of Darat Izza in the western Aleppo countryside. Like most areas in Greater Idlib, the town is controlled by al-Qaeda-affiliated Hay’at Tahrir al-Sham (HTS). The Ahrar al-Sham Movement is a member of the National Front for Liberation (NFL), which has engaged in a series of conflicts with HTS over the last few years.

HTS and the NFL may be exchanging assassinations. Another possibility is that both groups are being targeted by a third party, like ISIS or the Syrian intelligence.

In any case, the recent attacks highlight the current state of lawlessness privileging over Greater Idlib. Turkey, which maintains a large force in the region, is yet to take action to stabilize the region.

Good, good. Keep it up. Eliminate each other. Good boys.

Always a good thing when another Zio-Wahhabi slave bites the dust.

As seen in Yemen when they hired Colombian/Mexican druglord paramilitary terrorists to fight for the Ziowahhabi anti-Yemen coalition, the Ziocorporate terrorist globalists that Putin sees as business partners to be a “peer” of, will bring in more scum to replace the eliminated ones. Turk terrorists already have their own NATO-backed network of rat smuggling going as far as Xinjiang anyway.

Could Russia have infiltrated these groups covertly and is sniping key individuals and trying to cur off the head from the body?
There was a lot of sniping activity in the city of Aleppo during the siege that took out commanders and key personnel out of action.

This was yesterday,also Hts sent 3 Saa soldiers to Hafez Al- Assad palace in other universe.

Temporary gains by Russia. When we win, we win big time, like in Libya and N-K. In the meantime read this headline:
“Xiaomi to invest $10B in Turkey” – just after Erdogan reduced interest rates.
https://www.aa.com.tr/en/economy/xiaomi-to-invest-10b-in-electric-vehicle-business/2194225
We’re building power gradually.

Swap Russia with the CIA and its legit.

Andre Lopes
Reply to  The Objective

Russia did win in Syria, held 63.57% of Syrian territories; SDF 25.57%, which adds: 89% of the land not in the hands of the rebels. In the Rebel side, they hold 9.7%, of which HTS holds nearly 4% that can´t be used by the FSA, as they are enemies. So Russia having logistical and Geographic disadivantages, still held it´s ally in Syria. While Erdogan, with its policy, united France, Greece and Egypt in one front. By having France and Greece against it, Erdogan will not have the NATO card in his hands against Geece and Egypt. While it all happens, Iran is also suspicious of Erdogan intentions towards them, so that Iran will stay sided with Russia against Turkey.

The Objective
Reply to  Andre Lopes

Lol, keep dreaming. We closed the Libyan file for now. Hopefully, there’ll be presidential elections, and whoever wins rules, whether he’s a Muslim brotherhood or not. We just hate dictators man. N-K is also a temporarily closed file. All the of N-K will return to Azerbaijan with time.

About Syria, Russia hasn’t won a damn thing. Syria is a huge burden in terms of resources. Putin has been jumping from Erdogan to America and Israel, looking a favorable deal that’ll enable him cut his loses. the Syrian war is faaaar from over. Russia should just hope there is no resurgence of rebels or a war in the Donbass.

France is a natural enemy of Turkey. It is the country which opposes Turkey the most. Europe will NEVER be friendly with Turkey. And Sisi will go no matter how brutally he clings onto power. You can’t suppress the majority forever. Sisi’s fall will be worse than Mubarak’s.

Iran should solve its problems with America and Israel before casting its sight on Turkey.

Andre Lopes
Reply to  The Objective

Turkey win NK for Azerbaijan while Russia win Crimea and win in Syria. Russia just denied Turkey influence over 89% of Syrian Territory. Lybia ended in a draw with the parties making a peace deal. In Exchange, Erdogan made Egypt, Greece, France, Iraq, Syria, Irã, UAE, all together, his enemies.

Hye
Reply to  The Objective

Yeah you won big time in NK .. Got your arse kicked all the way from the Chinese border all the way back to the 38th parallel 1953 and you haven’t gained ONE INCH since.. Oh but you did manage to stop them from getting the bomb …. well sort of … oh lost that one two.. Got a funny idea of winning. Only in American can you win when you lose…. Did I mention Vietnam… How long did it take to win the war in Afghanistan against men in sheets and sandals . Yes but it was a quick victory in Iraq … well if you use The Hundred years war as a yardstick . You are on the losing end now and it is mostly all downhill from here.. Better get Hollywood to make some more movies of victories , doesn’t matter whose as you can always change them to be American victories as they usually do.. 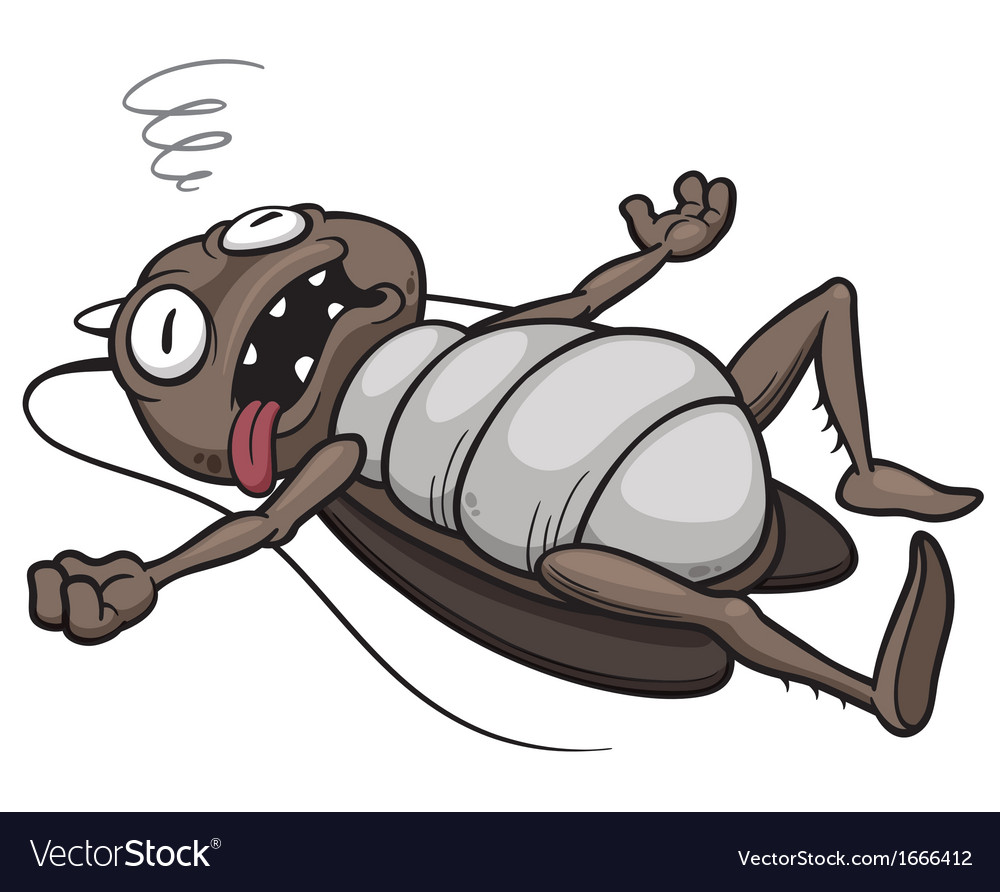 Where did you find such good content, on dark web?

More militants DROP DEAD… Here I was thinking in a Monty Python sort of way that militants quietly going on with their normal business walking around checking out the goats for entertainment purposes just dropping dead in the street. All over the place just dropping dead like flies buzzing around Proud Hindu’s head . Or perhaps Jens was showing them his pics of Hitler in pieces and it was a little too much for their delicate constitutions so they dropped dead all over the place.. No.. alas it was only two and they had been stupid enough to walk into a bullet. Obviously missed those training sessions where it was highly recommend to avoid walking into bullets .. A little late perhaps for them but a good lesson for the others .. If you see a bullet coming in your direction… DUCK and if you are behind someone who suddenly ducks then scream allah akbar as that may help..

HTS the terrorist group has given up Jihad and is trying it’s hardest to be included in the new political process, and since early last year they’ve tried to encourage other Jihadist groups to do the same.
So this is HTS just doing what they always do to get rid of Jihadists, they get rid of the opposition leadership that opposes them, and then empower and support the opposition leadership that they prefer.
The National front for Liberation [NFL] are designated as moderate opposition forces according to the Astana agreements, but as SF reported just a few days ago the leader of the Syrian Interim Government recently proclaimed none of the groups objectives have changed, which means they still want to overthrow Assad’s Government and continue Jihad, which is at odds with Russian objectives and totally contradicts their moderate opposition designation, and it also conflicts with HTS’s current objectives to abandon Jihad.
HTS and the Salvation Government are slowly disempowering the Turkish supported leadership that controls most of the other terrorists factions as well as the moderate opposition factions, and the NFL in particular has been on the receiving end of HTS’s realignment treatment for nearly a year now.
The HTS leadership wants to totally remove all the top NFL commanders that are affiliated to the Muslim Brotherhood, they either persuade them to switch sides or they arrest or assassinate them, and sometimes the Brotherhood Jihadist fight back, and that’s what’s happening now, and that’s what the SF article should be telling us is happening, not telling us more BS.
SF keeps saying HTS is affiliated to Al Qaeda but that’s not really the case, HTS may be allied to many of the Al Qaeda factions but as you can see from this SF article, they’re actually killing each other off on a regular basis, SF just isn’t telling you the real reason why they are.
And they should call them the same name Assad calls them, the Muslim Brotherhood, that’s more accurate than calling them Al Qaeda, even though they’re actually the same thing, the Brotherhood controls ALL the moderate opposition factions and Al Qaeda controls ALL the designated terrorists, and they purposely keep a difference in their names so they don’t fall foul of the Astana agreements, but HTS is opposed to both Al Qaeda and the Muslim Brotherhood, so don’t do what SF does and lump them all in together, the Brotherhood and Al Qaeda are operating on the same page but HTS isn’t.
HTS and the Salvation Government want to rule northern Syria with no political influence from Turkey, but ALL the moderate opposition groups [and many of the terrorist factions] just want to become part of the new Ottoman Empire, and that includes some of the terrorist groups that are allied to HTS, like the Uighurs and Chechens, but Turkey can’t accept them as moderate opposition because too many other nations already have them listed as terrorists.
The irony is HTS, who Russia designated as a terrorist organization, is now killing the leaders of the moderate opposition that Russia endorsed [with the same the Astana agreements], and they’re killing them because they won’t give up Jihad, but it’s supposed to be the other way around, the moderate opposition should be forcing the terrorists to give up Jihad.

Russia’s dirty little secret.
The moderate opposition that the Russians politically support within the Astana format, actually behave worse than the factions the Russians designated as terrorists, which is true irony all by itself, but even more ironic than that is the fact the Russians list the Muslim Brotherhood organization as a terrorist organization in Russia, but in Syria they actually support them as the Syrian opposition Interim Government, and that goes way beyond irony.
The Russians, the Turks and the Iranians all said the Muslim brotherhood could form the Syrian Interim Government and included them in the Astana process, but Assad has never once called them the moderate opposition, he’s always called them Muslim brotherhood terrorists, and he also claims they’re still trying to destroy his Government, is that also ironic, no it’s not, it’s more like treachery, poor Assad.