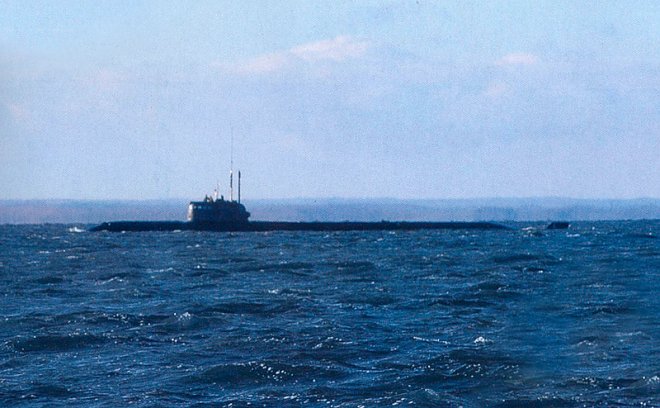 On July 1, 14 submariners had died in a fire on a submarine in Russian waters in the Arctic region.

“On July 1, fourteen submariners – sailors died in Russian territorial waters as a result of inhaling combustion products aboard a research submersible designated for studying the seafloor and the bottom of the World Ocean in the interests of the Russian Navy after a fire broke out during bathymetric measurements,” the Russian Defense Ministry said in a statement on July 2.

The defense minnistry statement said that the fire was extinguished “thanks to the self-sacrificing actions of the crew”.

After the incident the submarine was moved to the port of Severomorsk.

The Russian said that details regarding the type of the submarine and its tasks during the incident will not be provided because of citing its “secret mission”. Nonetheless, some info were released.

On July 3, Defense Minister Sergei Shoigu arrived in Severomorsk where he held a meeting on establishing the causes of the fire aboard the submersible.

“The main cause of the incident has been established: it was a fire in the battery compartment and then it spread,” the Kremlin website quoted Shoigu as saying.

The defense minister said that the crew had acted “heroically” and primarily rescued a civilian aboard the submersible after which they continued struggling for the vessel’s survivability.

“The submariners on board were unique military specialists — highly skilled professionals who conducted important research on the Earth’s hydrosphere,” Shoigu said.

Commenting on the situation, Russian President Putin confirmed that it was indeed a nuclear-powered submarine.

The Defense Ministry released the names of the submariners killed:

The fact that many among the deceased were high ranking naval officers was revealed is very unusual for a mere underwater “research” vessel. According to existing data, most of analysts believe that the submarine involved in the inncident was the Project 210 submarine (also known as ‘Losharik’).

The Project 210 submarine was among  the most classified of the specialized boats of the Russian Main Directorate of Deep-Sea Research, also known as GUGI.

Details and data cirtulating over the incident allows to suggest that the submarine may have been involved in some of the most recent Russina military projects like nuclear units of very small dimentions and nuclear-capable unmanned underwater vehicles.

SF, the text is riddled with spelling errors.

Why would the Russia (as a state) reveal name information surrounding highly trained professional personnel and acknowledge a disaster that could set back operational capabilities for years to follow?

Maybe they simply don’t see any good coming from lies or excessive secrecy? the families of the deceased certainly know, so its hardly a state secret…

Why would such a specialist be involved with a mission at the bottom of the Earth’s hydrosphere?

It sounds like a political execution. Probably they wrote a letter to Vladimir about the deplorable state of the Marine and they had to make a trip to the under-the-sea-crematory as an example for eventual smarty-pants that disrespect his majesty generosity.

That is in fact how putin works and they know it .

The most Russophobic people are Russians

Plausible deniability that it was a research vessel working on the seafloor. Hgh- end med personnel for new effects on the human body if submariners fall ill?

dont Forget the kursk……all lies that was told concearning the sinking of the kursk….espeically after the Videos/Fotos of the damages of the kursk.

I remember the Russians saying a US sub hit the pile of junk named Kursk .

The Kursk was a very innovative design: the world’s first self-exploding cruise missile submarine. Experts are still trying to figure out what the purpose of such a submarine could be.

Hard to believe a success story from Russia but its true lol.

Troll fuckwitz are out in force today. Maggots are always attracted to the scent of shit I suppose….

Two US Navy submarines were shadowning the Kursk. The Kursk was preparing to test a high speed torpedo design when it was hit by one of the US subs. The US sub put in for emergency repairs in Norway, its rubber skin was ripped and there was hull damage. Probably the satellite photos are all scrubbed off the internet by now, but there were photos. Also at great expense the Dutch salvage company sawed off the damaged prow of the Kursk thought it would have been easier to raise the entire ship. The Russians were very gracious to keep silent about the US murder of the entire crew. Probably there was nothing to be gained by an expose and it would be embarrassing to admit that the US Navy was undetected in Russian waters and that the Kursk did not survive the collision but the US Navy sub did. Who knows? But the US Navy was guilty and the whole slaughter was covered up. The Russians have been patiently working to make sure they are not so helpless today.

What videos/Fotos of the damages of the Kursk? That is exactly what we did not get to see. The bow was sawed off and left on the bottom expressly so that the public would never see.

Next time we need to take both subs out .

But they have trans-gender troops with advanced degrees in Womens Studies.

more professional than who?

ofc it is crap if it was a good military the war wold have been over a long time ago.

Russians are very good at boasting about their weapons systems, at least until they are actually put to the test, then Russians get very quiet for a while.

I wonder how the POS carrier ole smokey is coming along LOL.

“ole smokey” is undergoing modernization but i wont expect a kike loveing troll sutch as yourself to understand that.

Last I heard the ruskies were dropping cranes on it . lol.

dirty stinking yew, unfortuntelly Soros did not manage to sell you to Oswiecim.

Last I heard you were getting yer arse shagged twice daily by a guy twice yer age.

Last time i heard your sources are years out of date but what else is new?

Enter the troll brigade. Gutless pukes with nothing good to say, except for the criminals that pay them. They can’t even be honest as to who they are. But, then again, classless scum are all like that. Lies and sick propaganda are all that matter to them…well, that and their shekels. Being true money whores, their only item for sale is their honor…oops, sorry, out of stock.

Just like your Russian pals EH , unable to tolerate any truth .

Do you know that in Italian the word “tonto” means “stupid”?

I don’t find it too surprising that details have been released. I have noticed this happening quite a lot. I think it is a sort of reaction ( perhaps overreaction ) to the secrecy of the Soviet Union. Also Russian press seems quite keen to report these events. Again I think this comes from a deeply rooted need to show their independence. All this said I think they need to find a little more circumspection in their announcements and reporting. All I hope is that this will not effect Russia’s military development. I also hope there are many other secret project that we do not yet know about, and will not until it is time to uncover the mailed fist.

Secrecy of the Soviet Union was indeed legendary. It is only surpassed by the secrecy of the US deep state. There is one reason for secrecy: The scum who call themselves government do not represent we the people. They do not want us to know how they plan to further exploit and enslave us.

R.I.P. Heroes. May GOD bless your brave souls and give you peace wherever you are now. May GOD give some peace to your families and friends as well. You will never be forgotten.