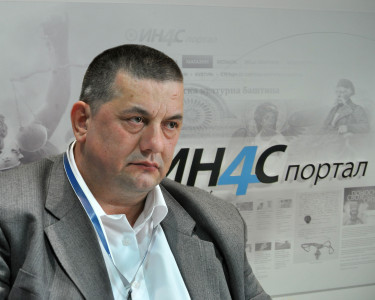 The leader of Montenegro Peace Movement “No to War – No to NATO”, Gojko Raicevic founded the movement in 2010 due to the Balkan country’s government will to join the military organization.

He has considered three main reasons that depict how inconvenient it is for Montenegro to become part of NATO:

First of all, NATO was responsible for the offensive in 1999 to Montenegro when it was still part of Yugoslavia where, many citizens were killed and the economy of the country was seriously injured, as Raicevic clearly remembers.

Second, Montenegro’s alliance with NATO would mean a notorious threat to the identity of the country and its warm ties with Russia, since the main target of the organization nowadays is Russia itself, for this reason, the activist considers that the nation can’t take part in disputes against the Russian Federation. “Montenegrins, Serbs and Russians have one fate and they are actually one nation”, Raicevic inferred.

And finally, Gojko Raicevic considers that NATO’s policies throughout the last 20 years have been truly devastating all over the world.

The Return of Industrial Warfare