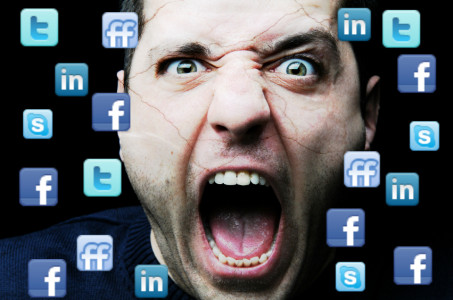 Blackout may be related to scandals from Facebook Files and Pandora Papers.

This Monday, October 4th, the world suffered a very unusual episode: a major blackout of social networks. Facebook, Whatsapp, Instagaram and several other networks went offline worldwide for more than seven hours. Far from affecting only people addicted to social networks, the blackout had a strong impact on the economy, influencing several companies that depend on the use of these networks to operate their marketing. In parallel, several suspicions remain, paving the way for conspiracy theories about the real reasons for the temporary collapse of networks.

The cyber-blackout affected the entire world. For hours, the main social networks on the planet were completely off. The problem has hit the Facebook group companies, causing damage not only to social media, but also to various websites and apps that are somehow linked to Mark Zuckerberg’s businesses – including banking and financial transaction apps. The affected platforms were completely inaccessible for seven hours, both on computers and mobile phones.

The main social networks on a global scale that remained immune to the blackout were Twitter and Telegram, which have no links with the Facebook group. However, with the high volume of simultaneous accesses, the problem started to affect these networks as well. As people were unable to use their accounts on Facebook, Whatsapp or Instagram, the number of accesses and downloads of twitter and telegram apps reached unprecedented levels, which created an overload, resulting in operational crises and successive system crashes.

The internal servers of companies linked to Facebook were also affected by the sudden blackout. In the installations of Facebook and its branches, employees could not communicate with the company’s headquarters and had great difficulties in trying to solve the problem, because their machines were completely offline. In fact, blackouts of Facebook Group’s companies are nothing new, having become a common occurrence in recent years. In 2021, episodes of blackouts on the networks were reported on three occasions, in March, June and September. However, in all these cases, the connection was restored in less than two hours. Furthermore, these were just common system errors, while yesterday the DNS of Facebook and other apps went down – apparently, the BGP routes of these services were temporarily removed from the internet, which is something curious and practically inconceivable.

It is not by chance that the most varied conspiracy theories have emerged around the internet trying to explain the occurrence. Recently, the debate about the power of Big Tech companies has taken a central role in American political society. The White House is increasingly in favor of passing stricter legislation on the freedom of these companies, advocating restrictive measures that are severely criticized by high-tech investors. In recent months, Joe Biden has continued the policy initiated by Donald Trump in relation to social networks.

The former president limited freedom of expression in the virtual environment by restricting companies’ immunity for posts by their users. Biden has continued this trend and has tried to impose rules that make it possible to judicially punish corporations that allow the propagation of fake news and hate speech on their networks. Both Republicans and Democrats almost unanimously support the imposition of new norms on the tech companies, which has made the debate more and more fierce. In this sense, there is clearly a conflict of interest between the US government and Big Tech that cannot be ignored when we look at Monday’s case.

But what is most remarkable is another factor. In recent days, the world has been shocked after former Facebook employees leaked confidential information that reveals that the company has a policy of prioritizing profit over security. A series of millions of documents popularly known as “Facebook Files” came to light, revealing some of the company’s most confidential information. The case is still closely related to the scandal of the “Pandora Papers”, which were a recent leak of information about offshore businesses held by entrepreneurs and politicians in tax havens, far from tax legislation.

In practice, what happens is that Facebook privileges famous and rich people over ordinary users in terms of security policies and, therefore, covers up signs of illegal transactions. The company possibly had data on several of the businesses revealed in Pandora Papers but did not deliver them to security agencies due to the high profitability it obtained from the permanence of criminal users. Both scandals are bringing new horizons to the debate about the ethical limits Big Tech companies’ freedom, with a notorious strengthening of the support for new restrictions.

It is precisely considering this topic that the questions arise: could Facebook itself have caused an internal crash to get rid of compromising data? Was the global blackout a tactic to avoid a lawsuit? It’s difficult to answer these questions as we do not know for sure how much data was lost during the blackout, but certainly the coincidence of dates with the Pandora Papers scandals is something quite interesting.

It is not conspiracy theory to think that this may have been another chapter in the war between the US government and the Big Tech companies. Also, the event appears to have given corporations even more power. The economic impact was immense, companies lost billions of dollars and stock exchanges had a historic drop in just seven hours of blackout. So, what to expect from a scenario where these episodes become more frequent? What would happen if Big Tech companies began to sabotage themselves to harm the economy and pressure the government to reject the restriction projects?

Apparently, Washington is realizing that it has conceded too much power to the Big Tech companies and that it may be too late to reverse this scenario.

The only thing that gives them power are the MORONS who use their service.

Exactly. The “official” explanation is absurd. The insiders would be extremely well positioned to benefit financially from an orchestrated “collapse”.

The average fb user is simply too stupid to even understand the concepts of shorting a companies stock, leveraged. Instead they go into meltdown and throw a tantrum because they are disconnected, like peppe the clown.

How ignorant are predominantly western societies if they have a meltdown from several hours of corporate social media downtime?

Not one person considered it was a staged event to short the various corporations stocks and make hundreds of millions?

Regulators in the US already have a notorious reputation for internal corruption.

The Pandora Papers are a nothingburger. They are a distraction only. Whatever was going on behind the scenes, one can bet that it wasn’t because of an error. Maybe it was a cia upgrade?

Didn’t impact me. Yes, some WA messages were delayed, but I have also use alternative services. Hopefully some ppl will move away from that platform. Have left FB a long time ago. So, what was the reason? Moving into crypto-space? Attack? Error? Not that a few billions matter much to FB.

That means our democracy and freedom are down.

No, no, no you cannot shut down our democracy and freedom!

true… because they don’t exist

Remember they hate us for our freedoms.