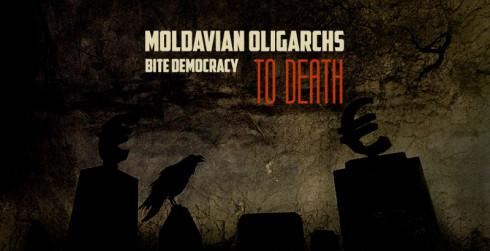 Moldova is continuing to regress to the Dark ages. The situation in every aspect of the country’s life is critical, except when it comes to the well-being of the ruling feudal oligarchy which is perfectly thriving.

Last week it was announced that Moldovan hospitals lack money to ensure proper care for their patients. Only 11 out of 40 national hospitals are continuing to admit health plan-covered patients, the remainder admit only into their emergency rooms and only when the patient is in critical condition. The level of mortality at hospitals is several times higher than the European average.

The problem lies in “inadequate financing by the Ministry of Finance, which is violating many laws in doing so,” according to Moldovan parliamentarians. At the same time, the ministry is continuing to fund oligarchs’ pet projects.

Europe can’t keep being oblivious to what’s happening on its eastern borders, especially in a show-case “democratic” associated country, and in view of the huge efforts expended to bring Moldova into EU’s orbit. Considering EU’s political and economic weakness, what’s happening in Moldova can only be compared to a sneak attack by a vampire who up to now pretended to be one’s best friend.

Next week, the Europarliament will once again raise the matter of diversion of funds from Moldova’s banking system, and of freeing the “Petrenko group” political prisoners. This agenda was announced in the press release by the EU Unified Left/Northern Left-Green faction.

“We requested these matters to be raised because we are concerned with the recent developments in Moldova, where 1 billion Euro vanished from its banking system into offshore accounts. The unprecedented mass protests led to the government stepping down. Former ruling parties have used the label ‘pro-European’ as a fig leaf to conceal the power of oligarchic leaders,” states the press release.

Moreover, Europarliament deputies are particularly worried by the fact of the arrest and confinement of Grigoriy Petrenko and six other political prisoners arrested following the September 6 mass protest in Kishinev.
“This is the first example in independent Moldova’s history of an opposition party leader being arrested,” emphasizes the press release.

Moreover, Petrenko’s case is unfolding in keeping with the worst Soviet Gulag traditions.

“Regime representatives might attempt to neutralize the political prisoner, former deputy and honorary member of the Parliamentary Assembly, Grigoriy Petrenko who is causing problems for the oligarch Vladimir Plakhotnyuk,” announced Petrenko’s attorney Anna Ursaki at the November 18 press conference.

She added that she also received threats of physical violence, but has managed to remain safe thanks to the media making her case known.

It became known a few days ago that there are deliberate efforts to have Petrenko contract tuberculosis in prison by having him do his daily hour of physical exercise in a yard designated specifically for TB-infected inmates.
Ursaki views this actions as “torture and treatment which is inhumane and inimical to personal dignity,” and has notified OSCE, EU delegation, Council of Europe, as well as the UN.

From our perspective, given EU’s problems on its southern and eastern borders, its economic and migration problems, and its fight against terrorism, we hope that European countries will undertake firm measures against Moldova’s de-facto leaders. One must prevent the country from becoming Europe’s yet another hot-spot capable of tipping the scales in favor of general and irremediable chaos. One can kill a vampire only by plunging a sharpened stake through its heart.