On August 12, SouthFront released an analytical video, covering the political, social and economic crisis in Moldova. The crisis has been still ongoing in the country.

UPDATE on the situation

As we go to press, Workers World has learned that the Petrenko Group, seven communists and anti-oligarchy political prisoners in Moldova, have just been freed from house arrest. 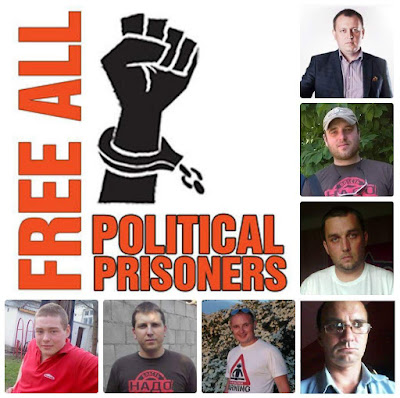 A court in Chisinau, the Moldovan capital, transferred them to “judicial control” – essentially, released on bail – while their trial on charges of rioting and organizing disorders continues. They face up to eight years in prison if convicted.

The ruling came after months of pressure on the pro-Western regime, which is dominated by the country’s leading oligarch, Vlad Plahotniuc, including visits from several delegations of European parliamentarians and protests held from Russia to the U.S.

The ongoing abuse of the political prisoners has become a scandal for the regime’s backers in Europe.

Red Bloc party leader Grigory Petrenko and his comrades were arrested at a peaceful demonstration in Chisinau on September 6, 2015. They spent almost six months in jail before being transferred to a regime of strict house arrest in late February.

Under the new terms imposed by the court, the political prisoners are still banned from taking part in protests. They will, however, be able to leave their homes, speak to the media, and participate on social media, all of which were previously banned.

Petrenko charged that the court’s ban on taking part in the protests violates their constitutional rights. “In paragraph 6, the court decision says that we have no right to be in places where protests take place, which could escalate into riots. This is strange wording. I believe that in this way our constitutional rights are violated,” Petrenko told reporters after the hearing. (NewsMaker.md)

The Red Bloc denounced the repression of protesters, citing the illegal actions of the police and other security forces, and calling for the immediate arrest of Interior Minister Alexander Zhizdana and other responsible officials.

Excelent summary of the situation in Moldova, thanks.

Only lies! Moldova is Romanian territory occupied by Russians. Russian secret services through the left parties struggle against unification of Moldova with Romania and against accesion into the European Union. Russians have many occupied territories from other nations. Why?

Yes, what you write, are only lies.
How much did Soros pay to you today?

Soros? It is a fact that Moldova vas occupied by Russians. It is history. Romania it is not Soros. Romania and Moldova are part of the same nation. And he is Soros? https://www.facebook.com/UnireaCuBasarabia/videos/991321664255391/