Another ‘moderate’ opposition group, the Suqour al-Sham Brigade, has joined Jabhat Fateh al-Sham and its allies. 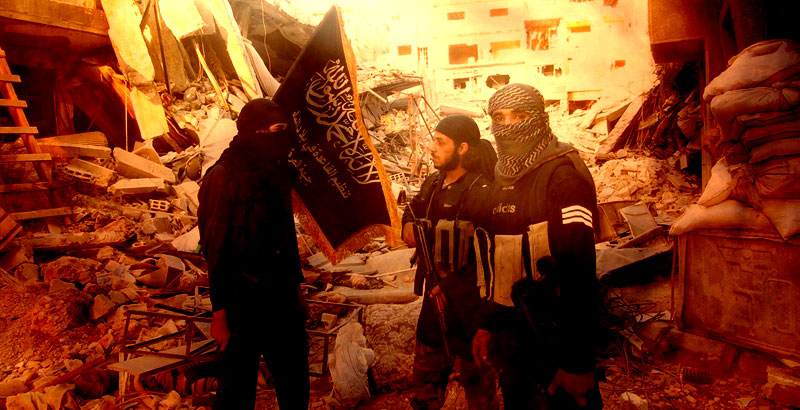 The Suqour al-Sham Brigade, also known as the Sham Falcons Brigade, an armed rebel group, has joined the Jaish al-Fateh organization, which consists of a number of various groups, including the Jabhat Fateh al-Sham (previously known as the Al-Nusra Front or the Jabhat al-Nusra). 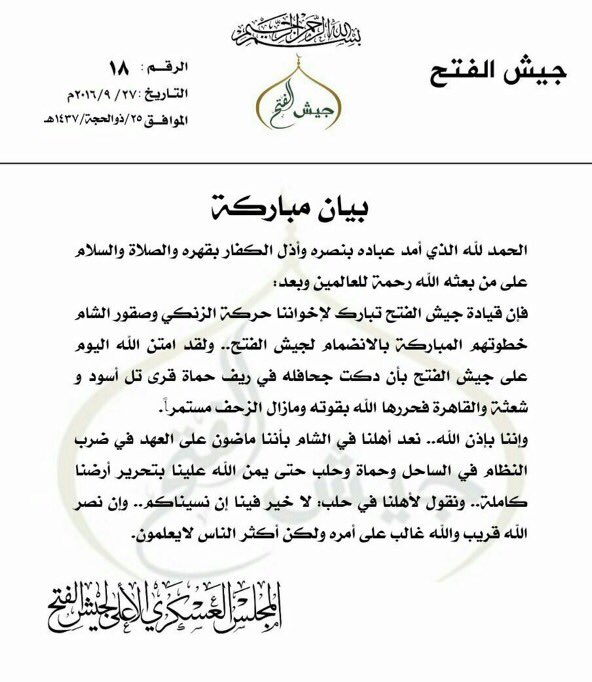 Such mergers are another testimony of the fact that Syrian ‘moderate’ opposition and terrorist groups, such as the Al-Nusra Front and its allies, are the same.

The more they merge the bigger the target for the Russian and Syrian airforces and the less the debate as to whether they are ‘good’ or ‘bad’ terrorists.