Terrorists have opened sniper fire on about 40 civilians, trying to leave the rebel-controlled eastern part of Aleppo city, the Russian Defense Ministry reported. 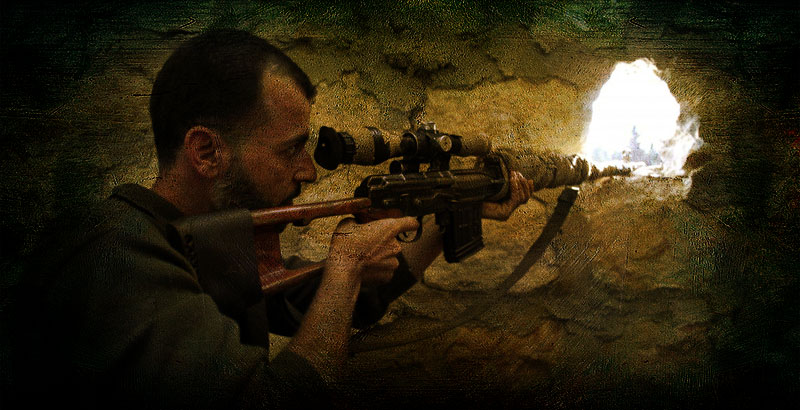 About 40 civilians, trying to flee from the rebel-controlled eastern part of the city of Aleppo, were subjected to sniper fire of terrorists, the Russian Defense Ministry announced, and once again stressed that the Russian Aerospace Forces have not conducted airstrikes in the area for nine days.

“Because of the sniper fire from the militants, another attempt of the Syrian authorities and the Russian reconciliation center to evacuate around 40 people from eastern districts of Aleppo to safe regions of the city was derailed,” spokesman for the Russian Defense Ministry, Maj. Gen. Igor Konashenkov, said on October 27, and added that the incident occurred overnight.

Konashenkov also noted that Syrian and Russian fighter jets halted its sorties on October 18, and have stayed at least 10 kilometers (6.2 miles) away from the city of Aleppo during the past nine days.

Two days after the cessation of the airstrikes, six safe passage corridors were organized by Moscow and Damascus in order to allow civilians to leave the besieged neighborhoods of the city, while two have been designated for armed rebels.

However, ‘moderate’ opposition militants have refused to surrender and constantly shell the created corridors and the parts of the city, controlled by the government.

Meanwhile, during the suspension of the airstrikes, Moscow continues to deliver humanitarian aid to Aleppo. According to the Russian Centre for reconciliation of opposing sides in the Syrian Arab Republic, on October 26, the Russian side delivered about 15 tons of humanitarian aid to residents of the Kurdish-run neighborhood of Sheikh Maqsood, located close to the demarcation line.

Earlier on Thursday, Russian Permanent Representative to the UN, Vitaly Churkin, accused UN teams of inability to negotiate on safe passage for civilians, who want to leave eastern Aleppo. In response, the sides, involved in the conflict were blamed by UN Under-Secretary-General for Humanitarian Affairs and Emergency Relief Coordinator, Stephen O’Brien, for their failure to provide adequate security guarantees.