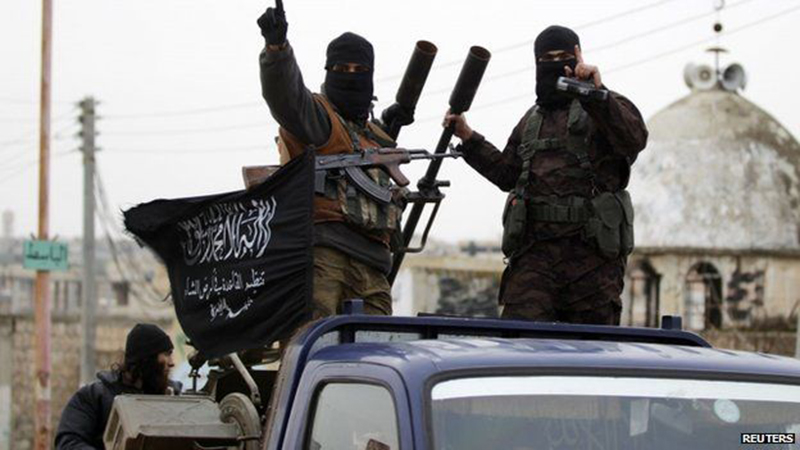 On Feb.22, the US and Russia have adopted “Terms for a Cessation of Hostilities in Syria” and propose that a ceasefire start on Feb.27. Terror groups, such as ISIS and Al-Nusra, are not part of the truce. Thus, the ceasefire will allow to continue the fight aganist terrorists in Syria

But the “modereate rebels” are concerned about the idea of excluding terrorists from the ceasefire agreement. Let’s check how Reuters describes this:

“For us, al-Nusra is a problematic point, because al-Nusra is not only present in Idlib, but also in Aleppo, in Damascus and in the south. The critical issue here is that civilians or the Free Syrian Army could be targeted under the pretext of targeting al-Nusra,” said a senior opposition figure, Khaled Khoja.

Bashar al-Zoubi, head of the political office of the Yarmouk Army, part of the rebel Free Syrian Army, said that would provide cover for Syrian President Bashar al-Assad and his Russian allies to keep attacking opposition-held territory where rebel and militant factions are tightly packed.

“Russia and the regime will target the areas of the revolutionaries on the pretext of the Nusra Front’s presence, and you know how mixed those areas are, and if this happens, the truce will collapse,” he said.

Tiger Forces Are In Just 9km From Strategic Town Of Maskanah

Now these US’s so called “maderate rebels” are revealing themselves that they are so much mingled with Al Quaeda …………… I dont know what will be US’s response to their plea.

This cease fire will also have an accounting and inventory to it and they had better group accordingly to such consideration. They all are going in for amphetamine detox anyway, clinic or pine box.

I see that Israel is proposing to partition Syria into ethnic/religious cantons at the recent Security Conference in Munich. The Israeli defense minister proposed that these cantons be governed by appointed warlords. See: http://www.mintpressnews.com/israels-defense-minister-exposes-israels-divide-and-conquer-regional-strategy/214046/

John Kerry today agreed to that as his “Plan B” if the ceasefire fails.

I guess that includes partitioning Turkey as well so that the Kurdish people can establish a separate federation either with Turkey or their kin in Syria and Iraq. Given that Turkey attended the Security Conference in Munich I gather they have that in mind.

What has Zionist entity to do with peace talks on Syria? Peace is non existent word in their vocabulary. They are part of the problem. What solution have they offered for Palestinian state?

And why not a Israel partition, which would make more sense.

Oh, what happens is that you dont understand “how mixed those areas are”. It’s not that FSA and Nusra are mixed, no. Are “those areas”.