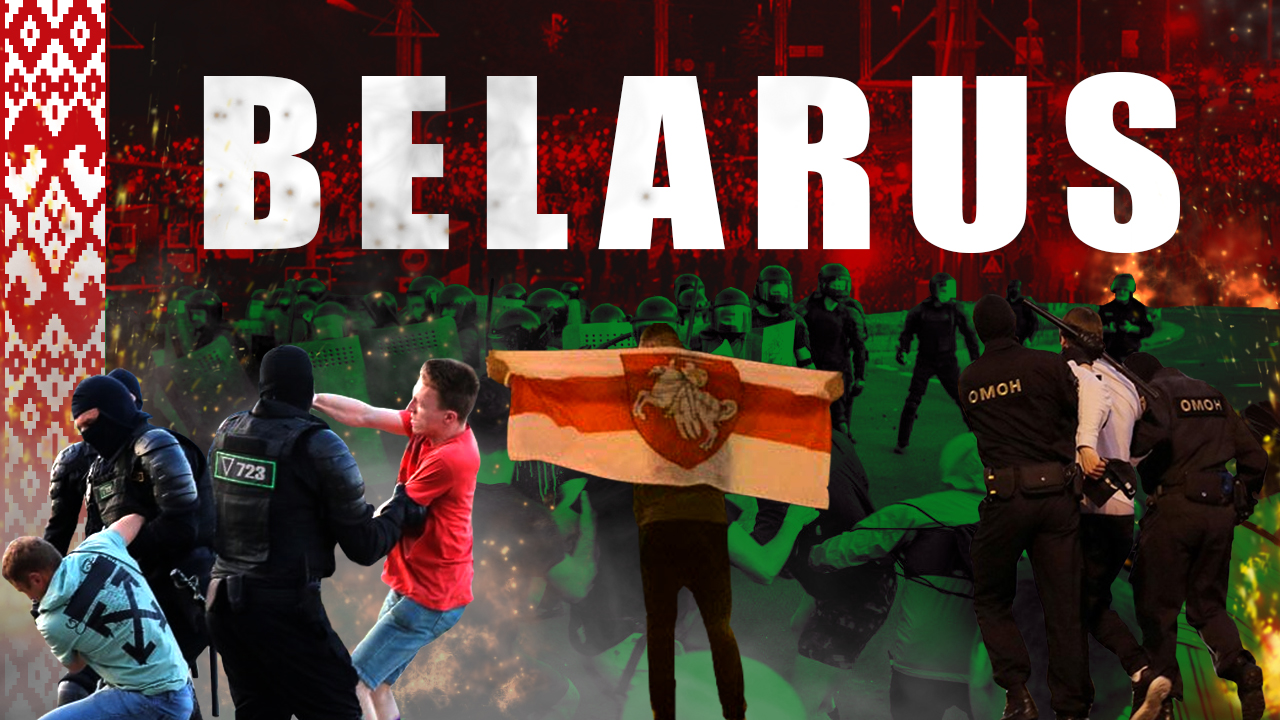 Minsk was destroyed by the German military invasion of Belarus 1941-1944 and rebuilding began after August, 1944. Almost all people who lived in Minsk during the German occupation were killed, imprisoned, or deported. But some peasants and farmers from nearby villages – most very poor – did survive, plus a small cadre of Minsk city dwellers. They rebuilt their city. This population, most from elsewhere in Belarus developed a unique culture based on their experience of surviving war, and then having to work together. *

Refusing to learn from history means being doomed to repeat it, and the United States has worked hard to ignore the history of the last century. The United States ‘failed state’ policy destabilizes “non-cooperating” governments in the Middle East and Asia, for decades now, in pursuit of what it regards as its own interest… or that of Israel’s.  Examples. Iran 1953; Afghanistan from 1973 to 9/11 2021;  Iraq twice (which it still occupies today); Syria (CIA Operation Timber Sycamore); Lebanon; and US support for Israel’s brutality versus Palestinians for more than one-half century, etc. The Imperial colonialists of France and Germany assist either actively or passively or just while their bankers suck at the teat of King Dollar. All this ‘US adventurism’ – a polite term for warfare state aggression – has left significant portions of the Middle East, Asia, and Africa in somewhat the same state as Belarus Minsk suffered from 1941-1944.

The US-Israeli militarist ‘failed state’ policy began by targeting Palestinian refugee camps:  Nahr al Bared in Lebanon 2007; Yarmouk Camp from 2011; and Daraa. Nahr el Bared has been partly rebuilt, while Yarmouk and Daraa Palestinian camps have been completely destroyed. Can those camps be rebuilt just as the people of Minsk succeeded in rebuilding their city after 1944?

Unlike Belarus where the war ended in 1944, the US war on the Middle East and Asia is ongoing. Falsely called the War on Terror it is truly a war to maintain US militarist and economic dominance by regime change or failed states, for those that resist. (see ‘Failed State Tactical Analysis’ ) The hegemonic war means that regions of the Middle East, Asia, and Africa destabilized by the United States are in a far more precarious state today than the condition of Belarus after 1944.

So it is encouraging to see videos of citizens returning to Daraa, and a video about rebuilding a village in Turk-occupied Afrin. This new village named Kuwait al Rahma near Qibare is where the original Yazidi population fled from, and many Yazidi were killed by daech. The new village there has been named in honor of the charity that is funding its construction, a Kuwaiti charity that is understood to employ Palestinian labor. The Turk is allowing this new village of 380 units to go forward where most of the new population will have originated from elsewhere — just as in Minsk from 1944.

Not so lucky are the Palestinians whose Yarmouk camp was destroyed in 2011 when the US ‘failed state’ policy sponsored takfiri terrorists and US-backed insurgents called the “Free Syrian Army” to infiltrate the camp, in aid of its destruction.  The policy evolved under the US State Department direction of Hillary Clinton, from an earlier prototype rendition of destruction which originated with contra criminal and Deputy National Security Advisor, Elliott Abrams in 2006. Yarmouk Palestinian camp, once a thriving city, is now a pile of rubble where no humanitarian effort can be expended because the brutal jack boot of United States sanctions strangles anyone in the world who will not be subservient to it.  So, no Minsk for the Palestinian refugees of Yarmouk.

Now destabilization, sanctions, and ‘failed states’ are not enough to soothe the savage beast; warfare is essential too, whether from first generation to fifth. Just as the United States and Britain entangled the Soviets in Afghanistan via pointless provocations leading to establishment of the PDPA  (and eventually to a debilitating war funded by the west and autocratic rulers in Saudi Arabia and partly enabled by Pakistan) proxy war is a favored tactic.

In 2011, US State believed that the Syrian government would fall before the Syrian government could invite the Russian Federation to assist in its defense, versus the insurgency that the US sponsored and Israel demanded. (Israel at war with Syria since 1948.) US State believed that their regime change in Syria would be quick and that Russia’s leadership would negotiate a new contract for its port at Tartus with whatever puppet regime Washington might conjure.  But US State considered the ‘failed state’ option too, as we have explored before. The failed state option had the added benefit of tying down Russia’s advisers and air power in Syria by slow attrition so favored by Washington.  Where did Washington learn that lesson? By its own defeat in Vietnam.

But instead of considering the microcosm of Minsk and how it was rebuilt, perhaps we must look at the greater picture: the outlook for peace that will allow such rebuilding. No US president has spoken of peace since 1963.  https://www.bitchute.com/video/KgOMp71OudnG/  And that president was murdered in the streets of Dallas. The Pax Americana Kennedy warned of became the reality for the United States to this day. Now, no US politician speaks of peace.  Not ever. No politician may dare to speak of peace because the people of the United States — like their corporations and banks — thrive on war.

Unlike Belarus — which the US hopes to destabilize to further encircle the Russian Federation — the United States only experienced something like war on its territory on one occasion. That was when CIA blowback from its murderous Afghan ‘adventure’ led to the destruction of the twin towers. And yet the shameless regurgitation of media propaganda about how terrorism appeared suddenly out of a literal New York blue sky without any causal effect is an absolute historic lie, repeated again and again.  The 911 lies of the incorporated state media seem more and more like mental illness mired in fantasy, than any representation remotely tangent to reality. So, the occasion that Belarus and Minsk experienced from dark to light after 1944 is not at all analogous to what the United State has experienced twenty years after 911. Writer Sclavus: “This real mental illness did not begin with representation of the Taliban.. but well before, by a criminal entertainment industry which always worked closely with the Pentagon..”

Towns, cities, and villages destroyed and destabilized directly or indirectly by US ignominy in Syria, Iraq, Afghanistan, and Palestine will certainly not be rebuilt like Minsk was.  By seizing funds and weaponization of the dollar, the US aggressively makes war on the world even when its tanks cannot be used to do so. We have no understanding of history…  and so doomed to repeat it.

*To understand the history pf Belarus and Minsk after World War 2 is to understand why US efforts to destabilize Belarus have had no success, unlike in western Ukraine.

South Front redaction please answer one question, who did 911? Was it insider work (US & Israel) or was it Al Qaida islamist? This is one of many articles since last month that SF promoting US official narrative of Al Qaida was behind 9/11

And again the myth of the cavemen attacking pindo freedoms creeps up it’s ugly head… AlCIAda lives on.