The recent strikes on fuel traffickers in Turkish-occupied northern Aleppo were launched from Hmeimim Air Base on the Syrian coast, according to several local sources.

Two fuel facilities located to the south of the town of Jarabulus were targeted late on October 23. Both facilities were being operated by traffickers.

Local sources revealed that the facilities were hit with two missiles, which were launched from Russia’s Hmeimim Air Base. The missiles were seen heading in the direction of northern Aleppo a few seconds after launch. A few minutes later, explosions were heard south of Jarabulus.

A Facebook page that shares news from the city of Jableh, located a few kilometers to the south of the Russian base, posted a photo showing one of the two missiles.

The strikes resulted in heavy losses. More than 15 fuel tankers which were parked in one of the targeted facilities were destroyed. Furthermore, seven fuel traffickers were killed. Many others were reportedly injured.

The facilities were likely targeted with Iskander missiles. At least one such missile system is deployed in Hmeimim Air Base. The system can launch a variety of cruise and ballistic missiles with ranges from 400 to 5,400 km.

Russian forces carried out several similar strikes on fuel traffickers linked to terrorist groups, like ISIS and Hay’at Tahrir al-Sham, in the past.

USA UAVs are transporting stolen oil instead of the trucks. 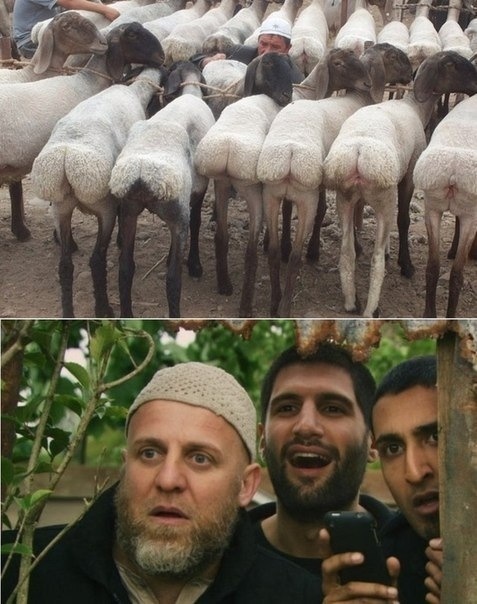 That is sooooooo awesome!

The funny thing is that the kurds steal the oil to smuggle it through Erdogan’s sons. Kurds have no dignity.

true that……the KRG kurds were also instrumental in fanning out ISIS on US orders to wreak havoc throughout the SyRaq in 2014. Then they took advantage of the chaos to take over territory and occupied the Syrian NE and set up the SDF..

Good, like in the good old times when Russia was bombing ISIS oil smugling business.

There’s lot more of that to go after. The entirety of Deir Ezzor, for instance. As a US citizen, I hope Vladimir bombs every m’fing oil truck stealing oil out of there. Any US soldier scum enough to participate in steeling oil from Syria for private companies deserves to be 6 feet under.

Let me understand, as an American you ask Putin to bomb the American army? :))

Why not i they are acting like international gangsters?

They also sponsored terrorism against Russia after the break up of Soviet Union. they sponsored the Chechens, and that’s not all. They’ve been creating and sponsoring jihadist movements since Afghanistan in the 80s and the mujahideen. The US has been in a covert war the the rest of the world for decades.

Righteousness has always been my measure for loyalty. To be loyal because one shares the same land is stupid and thoughtless. The US is by far the biggest thug nation on the world stage, and has been for 70 odd years. Particularly so in the last 20. Our leadership are corrupt and evil, and lie constantly. You might laugh, but I can see who Putin is, and I view him as the most righteous leader on the world stage. I begged everyone here to tell me ONE lie he has told. Where are his lies? If I ask the same for the US, everyone can list many and never finish. If you look at state-sponsored unrighteous murder, the US and Israel and the European puppets are so far ahead that it isn’t worth counting. So if a man in this country will join the army and go to war for oil or other resources, I say to hell with him because he is thoughtless.

Dear Vladimir: There are plenty of oil trucks to blow up in the eastern part of Syria as well. Consider taking those out as well. My country is steeling Syria’s oil. Please end the lives of the scum that would do this.

And, there you have it. By this we can also see Israel’s chances, and it’s inane little pinprick attacks on “Iranian” targets in Syria are done at Russia’s largesse.
US military is just as outgunned in Syria as Turkey.
Iran’s missile defense systems make it look like a porcupine.
A nicely done, and accurate video.

Russia also has ships and subs in the area armed with Kalibr missiles,they could obliterate air bases in Turkey.

Lies the US has told recently: Iran is the number one sponsor of terrorism in the world, Russia interfered with our presidential vote in 2016, Russia is interfering in the 2020 election right now, Iran is interfering in our election right now, Russian aggression is so big a problem in the world that the US must direct it’s military efforts to defeating her, Iran wants a nuclear weapon, Iran has a nuclear weapon, Venezuela is starving and attacking it’s own people, Nicaragua is killing its own people, country X is killing it’s own people and is not democratic (so me must overthrow it and set up a dictatorship), Assad gasses his own people, Assad is a thug who kills his own people, Assad was not democratically elected. I can go on all day, gentlemen. The US leadership and mainstream media are fucking liars. I bet everyone here can add to this list without doing any research.

Saddam Hussein had WMD. Sadam Hussein and Iraq were involved in 9/11. Serious, guys. a list of US (and Zionist) lies will dwarf this whole thread.

Problem is many of the herd believe the bastards.

yeah if you don’t love the truth you just don’t get it.

Things are going to get hot for the Turks in Syria now that Erdogan is stirring up trouble in the Caucasus.

ahahhaah great!!! nothing but criminals these fuel traffickers are