On May 8, six militants were killed and four others were wounded when a missile struck a vehicle that was taking them to the frontline in the al-Ghab Plains in the northwestern Syrian region of Greater Idlib.

The vehicle was reportedly targeted with a Russian-made Kornet anti-tank guided missile (ATGM). Some Syrian pro-opposition sources said that the missile was launched by the Syrian Arab Army (SAA), while other claimed that Russian forces were responsible for the deadly strike. 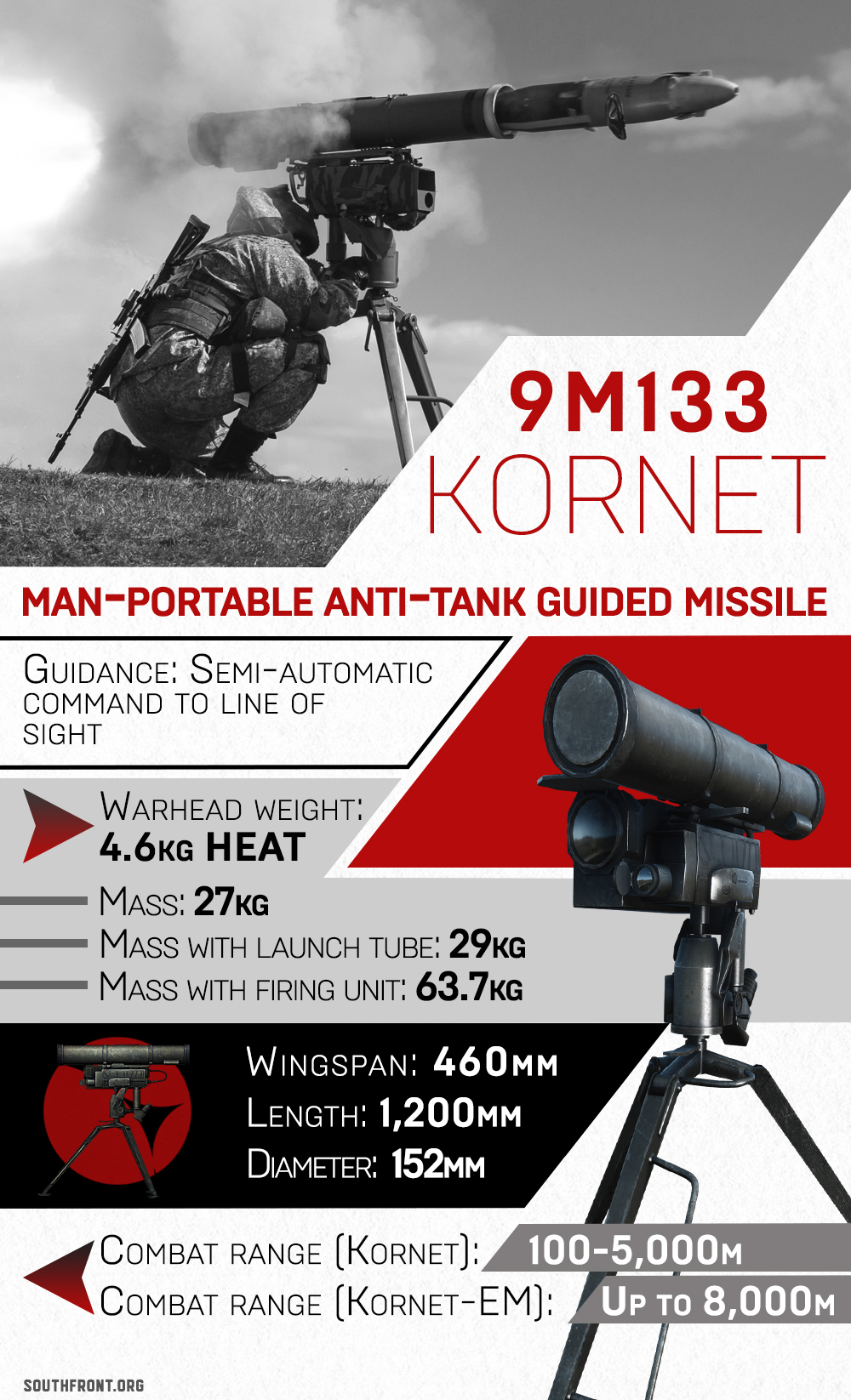 The slain militants, who were identified as Muhammad Darwish, Mukheiber al-Saeed, Abd al-Salam Darwish, Karmo Salama, Ali al-Ali and Mustafa al-Taw’am, were all memmebrs of the al-Nasr Army, a key faction of the Turkish-backed National Front for Liberation (NFL).

The death toll from the missile strike may rise soon. The four militants wounded in the strike are reportedly in a critical condition. 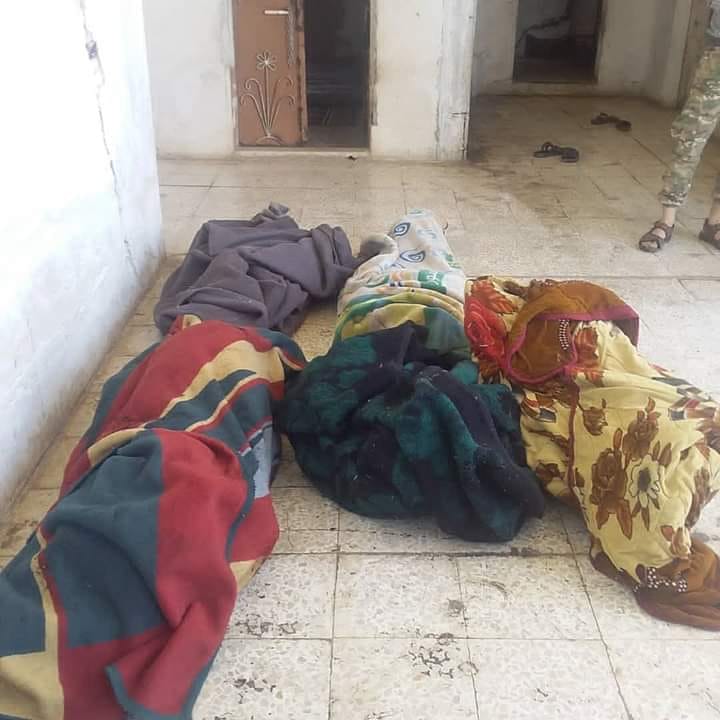 The remains of the six militants killed in the missile strike. Click to see full-size image. Via Twitter.

The deadly strike was likely a response to a recent violation of the ceasefire agreement in Greater Idlib by the NFL. The coalition’s militants targeted a battle tank of the SAA near the town of Hantoteen in the southern Idlib countryside with an ATGM on May 6. A day after the attack, warplanes of the Russian Aerospace Forces warned militants in Greater Idlib by carrying out a series of mock airstrikes with flash bombs over the region.

The ALF is Turkey’s main proxy in Greater Idlib. However, the region remains tightly ruled by al-Qaeda-affiliated Hay’at Tahrir al-Sham.

The SAA and its allies have demonstrated time after time that they will not tolerate any violations of the ceasefire in Greater Idlib, which was brokered by Russia and Turkey more than two years ago. Despite this, militants continue to launch attacks from the region.

It’s honestly so amazing how well the Kornet was engineered. It saved my country in 2006 from Zionist.

Think about it buddy
Reply to  JHK

Is there communism in Israel?

JJ345
Reply to  Think about it buddy

Replace Al Qaeda with CIA and you know what’s up.

AlQaeda is as eternal as Teutonic Nazism.

The weather is -6 today.

This is the endgame of Syrian jihadists. You will join them soon.

I hope the Senussis win.

Nothing is as good as turkeys roasted extra crispy.

Let’s hope Erdog got the memo about his prized liver eating filth.