The man, a resident of Jacksonville, Texas, told Transportation Security Administration (TSA) officers he was active duty with the military traveling home from the Middle East and wanted to keep the launcher as a reminder of his service.

TSA spokesperson Lisa Farbstein said the launcher wasn’t loaded nor a “live device,” but the man was detained for questioning.

She added that military weapons are strictly prohibited in checked or carry-on bags, but also not illegal.

TSA officials questioned the man before releasing him so that he could catch a connecting flight. Government officials confiscated the missile launcher and sent it to the state fire marshal for disposal.

As far as we can see, not yet confirmed by officials, the missile launcher appears to be an AGM-176 Griffin, a lightweight, precision-guided munition developed by Raytheon. 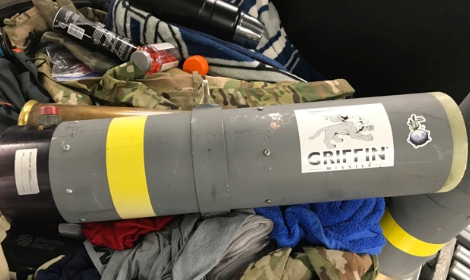 The Griffin confiscated at BWI could be the tail-end of the launcher, as shown in the infographic below:

Another graphic shows the Griffin can be used to guard military bases. 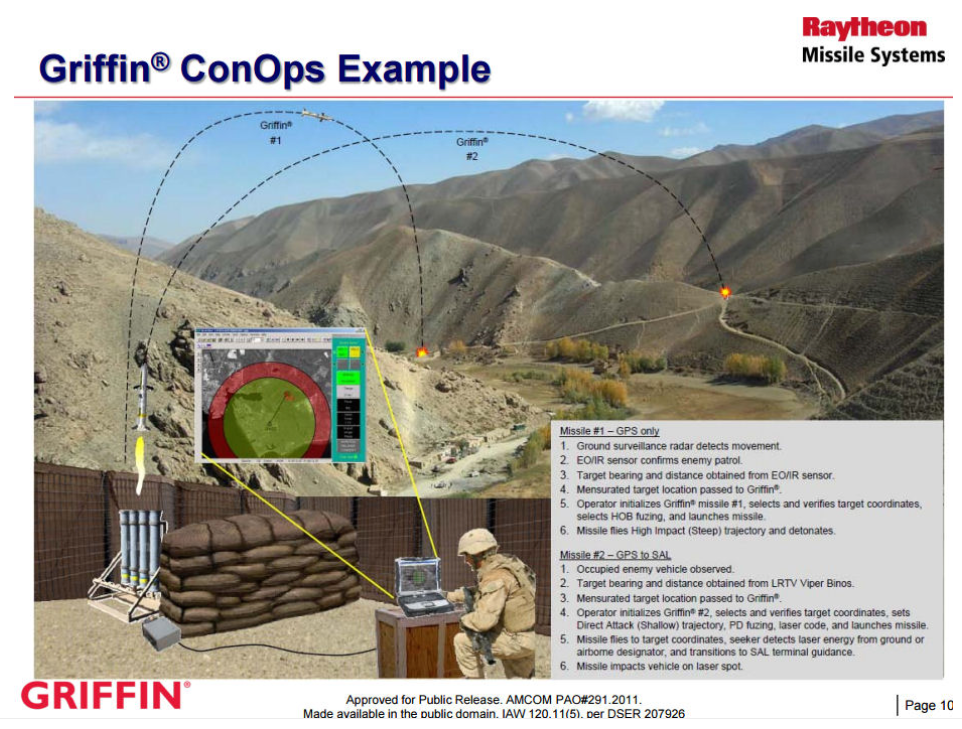 The missile fired out of the launcher is a relatively small warhead and was designed for precision warfare. 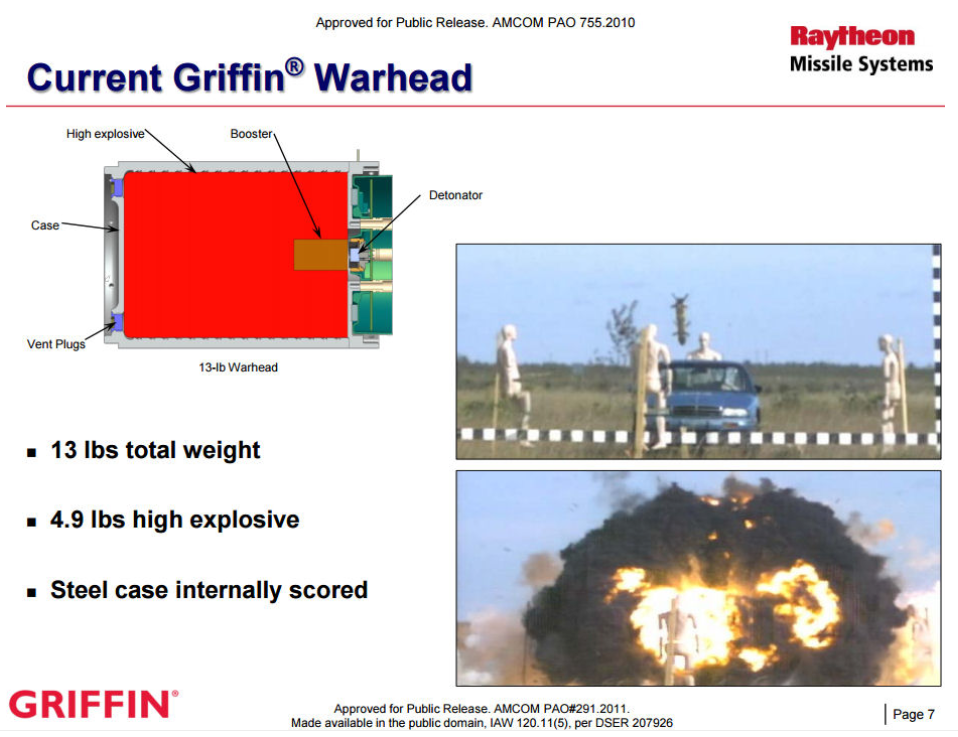 Here’s a picture of the missile. 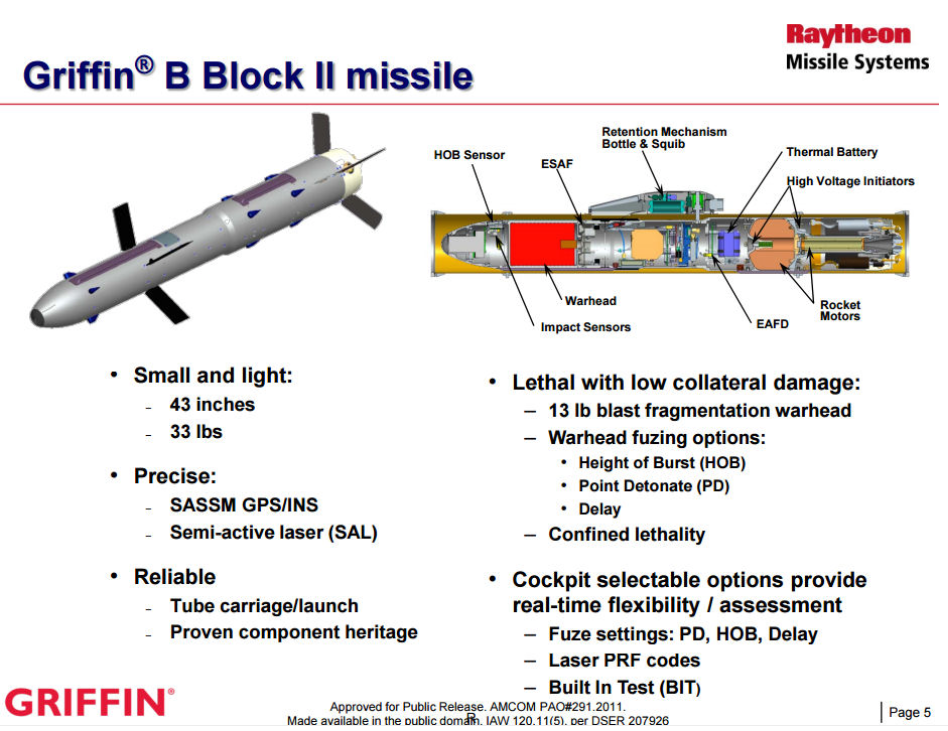 TSA uses their social media accounts to inform travelers that military weapons are prohibited at airports, could result in a fine or jail time. 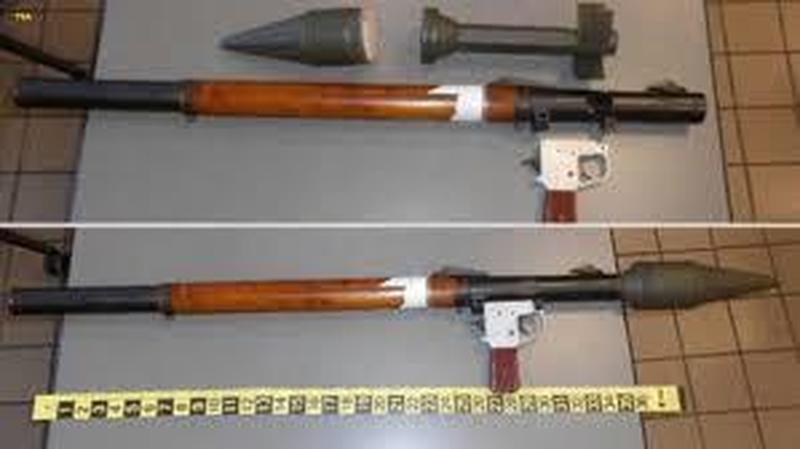 Farbstein told the Capital Gazette that this is the first time someone tried to sneak a missile launcher through BWI security, though TSA officials regularly confiscate weapons of all sorts.

TSA officials said twenty people had been caught so far this year (as of July 22) for having loaded firearms in their bags at BWI.

“Passengers are permitted to travel with firearms in checked baggage if they are properly packaged and declared,” the TSA said in a release.

“Firearms must be unloaded, packed in a hard-sided case, locked, and packed separately from ammunition. Firearm possession laws vary by state and locality.” 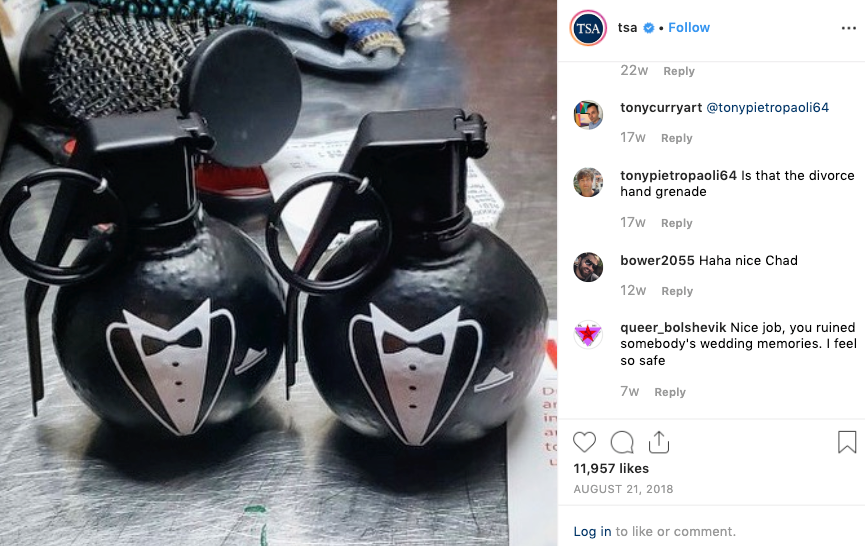 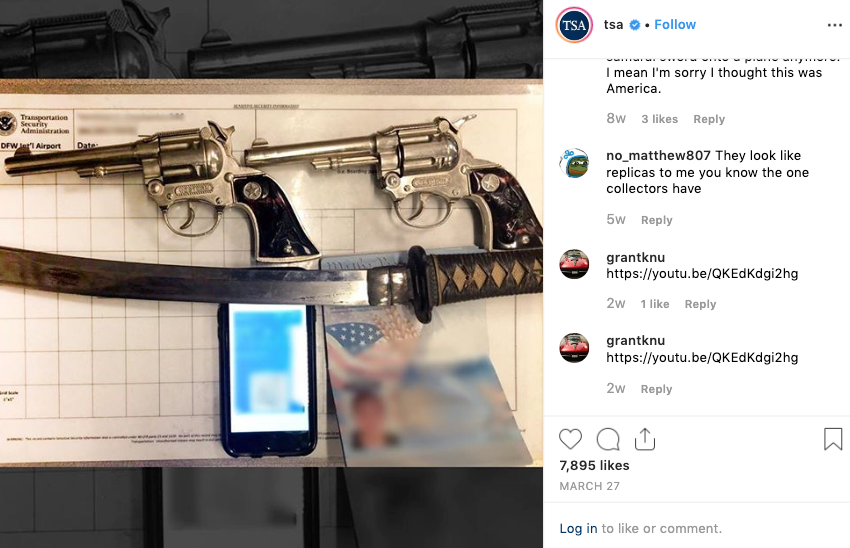 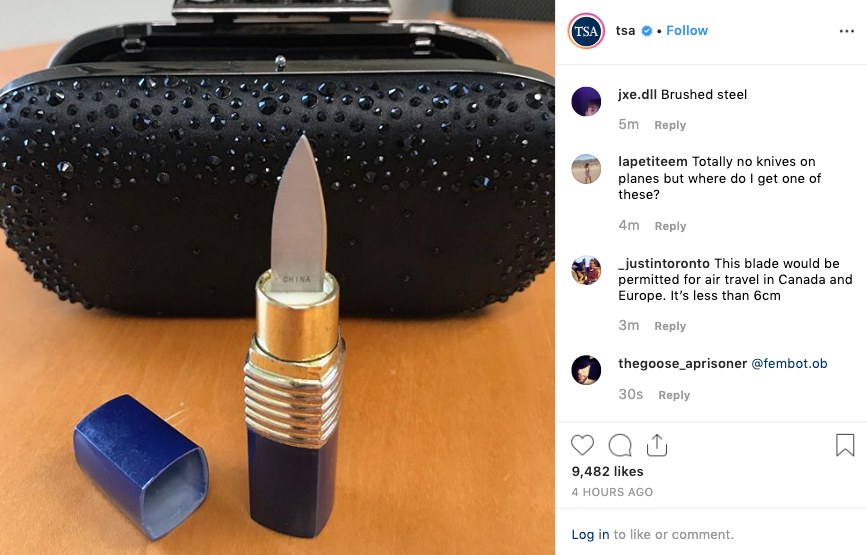 mmmmm, I wonder if it was this type of munition that targeted and killed the Russian commander in Syria whilst he was visiting the front lines during the Deir Ezzor liberation campaign of 2007.

US special forces were fairly close by with the SDF at the time. It was a one shot kill , if my memory is correct.

it may have been a sniper rifle then, unless there was an explosion

At the time a guided munition was suspected. It was an explosion with the power of an 81 mm mortar .

Okay who were smart enough to literally do this….?… ☕

Smart and US Military Heroes are inexorably linked, in my opinion. :)